Thomas A. Horkan – May He Rest in Peace 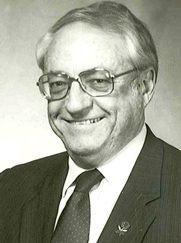 A great lay servant of the Catholic Church in Florida has gone home to the Lord.  As Thomas A. Horkan, Jr. himself would often remind us, we have great hope in the life to come.  We know he is at peace.

A great lay servant of the Catholic Church in Florida has gone home to the Lord.  As Thomas A. Horkan, Jr. himself would often remind us, we have great hope in the life to come.  We know he is at peace.

Prominent among national Catholic lay leaders involved in public policy since the late 1960s into this century, Tom Horkan is best remembered for his untiring labors at the Florida Catholic Conference.

Under the direction of the Catholic bishops of Florida, he established the Florida Catholic Conference on February 1, 1969, and served as its Executive Director for 26 years, and a decade more as its General Counsel.

His work at the Conference was marked by his dedication to the Church he loved and served so well.  He enjoyed tremendous respect and admiration in Tallahassee. Among his most important contributions was establishing a reputable and professional presence for the Church in the public policy arena of Florida’s Capitol.

A national leader of state Catholic conference directors during his day, he also served on the National Committee for a Human Life Amendment (NCHLA) and made significant contributions to the United States Bishops’ National Pastoral Plan for Pro-Life Activities.

Highly decorated by the Vatican and the bishops of Florida, Horkan was a recipient of the prestigious Pro Ecclesia Pontifice Award (For the Church and the Pope) and was inducted as a Knight Commander of the Equestrian Order of the Holy Sepulchre (A Roman Catholic Order of Knighthood under the protection of the Holy See).  In 1995, the Vatican bestowed on him one of the most respected of all Catholic lay awards, the Papal Knight of St. Gregory.

Also in 1995, the Florida bishops established the Thomas A. Horkan, Jr. Distinguished Catholic Leader Award.  This award is given to “a Catholic Floridian whose life exemplifies Gospel values, and whose work has influenced the formation of public policies or programs that have enhanced the life of the Church, deepened respect for life and increased appreciation for human dignity of the residents of the State of Florida.”

A lifelong Democrat, he was unapologetically pro-life and seldom seen in business attire without the red “rose for life” on his lapel, which represents respect for all human life, from its very beginning to its natural end.

Matthew’s Gospel, which speaks to “the least of our brothers and sisters,” guided Tom Horkan’s advocacy at the Florida Capitol, where he defended and protected the life and dignity of all.  His considerable gifts and talents were expended for the lives of the vulnerable, wherever found on life’s spectrum and in whatever condition, including the unborn child, the death row inmate, the disabled child, the elderly infirm, the immigrant, the single parent on welfare and more.

A strong proponent of Catholic schools, he oversaw the establishment of the Florida Catholic Conference Accreditation Program and served as the chair of the Blessed Sacrament Parish School Board in Tallahassee (now Trinity Catholic School).  He was the organizer, first president, and then president emeritus of the Florida Association of Academic Nonpublic Schools.

He was a founding member of Good Shepherd Catholic Church in Tallahassee and served as President of the Parish Council, before that serving as President of the St. Louis Catholic Church Parish Council in Miami.   He was a Fourth Degree Knight of Columbus and a member of the St. Vincent DePaul Society.  He served on the Florida Right to Life Committee, Big Bend Hospice Ethics Committee, The Tallahassee Phi Center (pregnancy support services), the Casa Calderon Home for the Elderly, the Catholic Health Association’s Task Force on Health Care for the Poor and the Florida Association of Voluntary Agencies for Caribbean Action.

He gave us so much.  May he rest in peace.