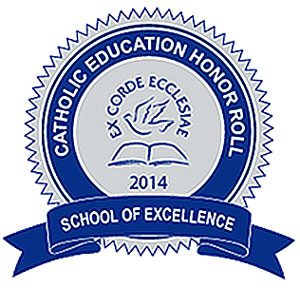 With a great sense of gratitude to our Lord, Jesus Christ, David McKenzie, president of Trinity Catholic High School, stated that the Catholic Education Honor Roll has announced the 2014-2015 preeminent Catholic secondary schools in the United States.  Trinity Catholic High School has been ranked among the schools in the top 5% in the nation.  The school is being honored for Catholic Identity, Academic Excellence and Civic Education.