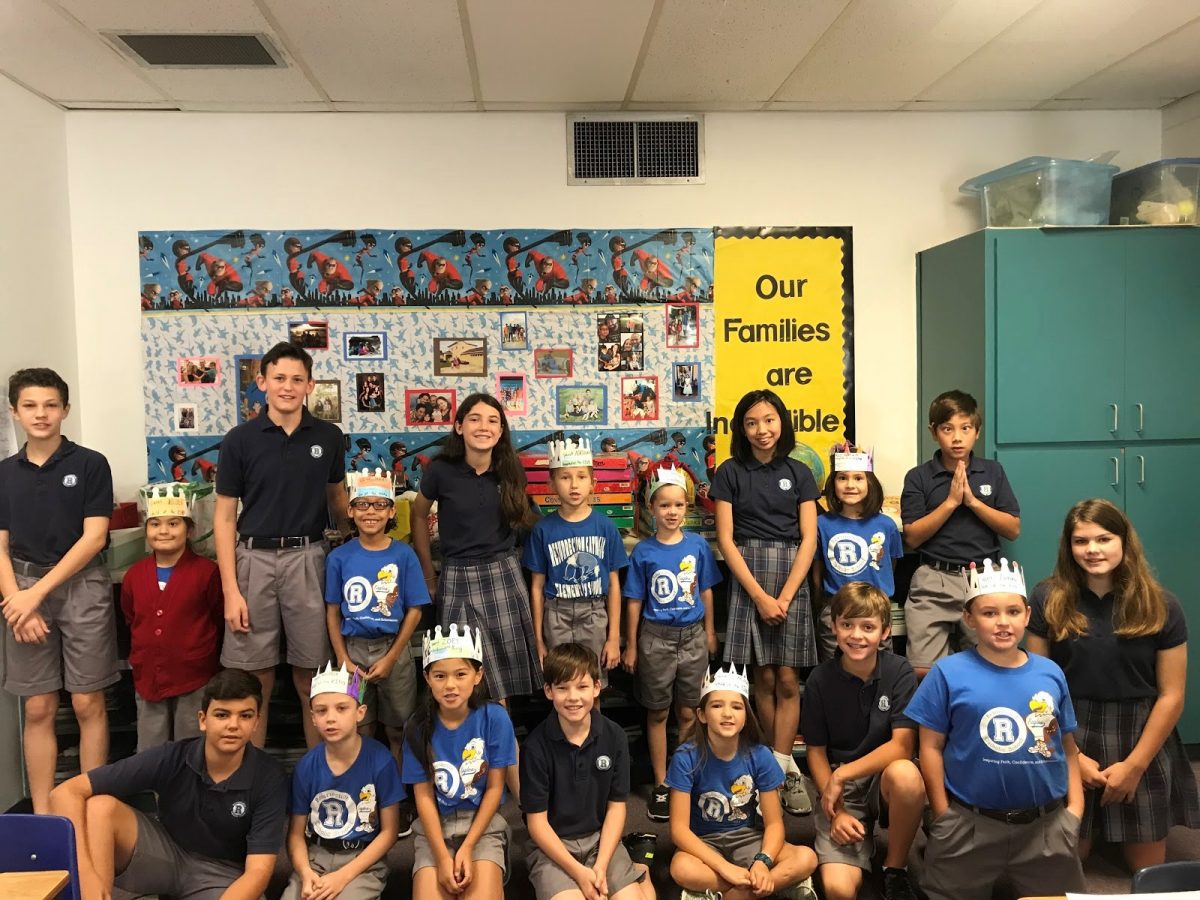 Attending Mass each week is one of the blessings of attending a Catholic school. At Resurrection Catholic School in Lakeland, seventh graders teach second grade “Mass buddies” about the saints. Recently, Resurrection’s middle school theology teacher, Mrs. Marie Clark, assigned each seventh grade student a saint about whom they were asked to give a creative presentation. The exercise prompted the idea to share what they learned.

The presentations were so interesting that seventh graders thought that teaching their Mass buddies would be a great way to get more involved. They taught their buddies about the difference between canonized saints and the saints (with a little “s”) that we are when we love and serve God.

First, second graders filled out a card stating their name, what they are called to be for God (saints), how they should love God (with their whole hearts), how they should treat others (to love their neighbors as they love themselves), and where they want to go when they die (Heaven). The cards were transformed into crowns representing that they are called to be saints, children of the King of Heaven. This gave the little ones a deeper understanding of the fact that we can all be saints if we love and honor God.

Next, all seventh graders read their buddies the prayer that they created for their saint. In the prayer, they praised, gave thanksgiving, and asked for their intercession. They taught the buddies that praising is recognizing someone’s holiness, superior example, and good traits. Buddies learned that thanksgiving is offering gratitude to someone for what they did because they become a role model. They also learned that intercession is a petition for someone who is in need of help or guidance. Through God, the saints are able to intercede with prayer.

The activity was a success! Second grade students spent time with their buddies while learning and enjoying each other’s company. It also kept the younger students interested, which encouraged them to remember the information. Each second grader now has a tangible crown which will help them remember that we are called to be saints for God. Teaching also strengthened the seventh graders own understanding of the call to be saints.

Emma is a 7th grade student at Resurrection Catholic School in Lakeland.