A future beyond imagination 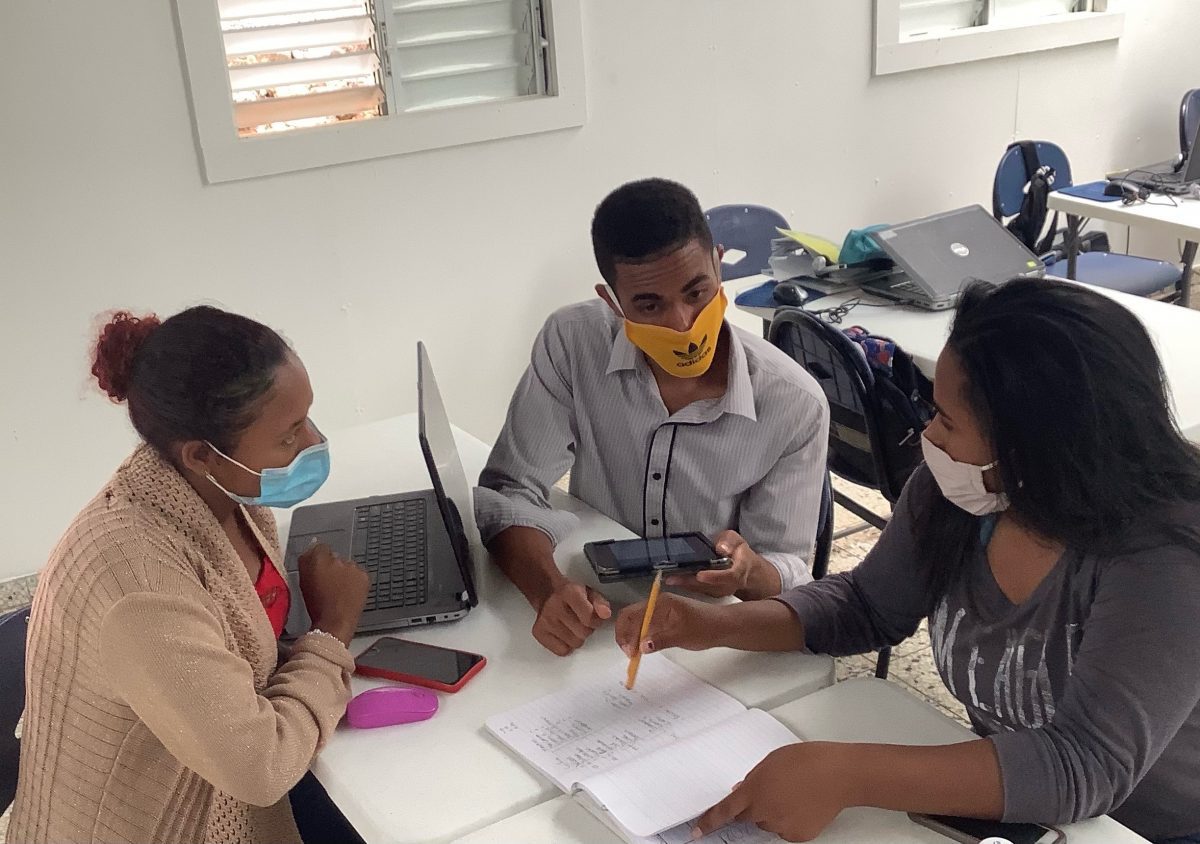 DOMINICAN REPUBLIC | “Education does not change the world. Education changes people so they may change the world,” said Brazilian educator Paulo Freire. The quote is a favorite of Superintendent of Catholic Schools, Henry Fortier, because it represents what the clergy, religious, staff and volunteers of the Mission Office have accomplished over the past 20 plus years in Las Lomas, Dominican Republic. Through its educational programs, a new generation of young people are transforming the mountain towns into places of learning, economic growth, and deeper faith.

The Diocese of Orlando began working in its Sister Diocese of San Juan de la Maguana in La Cucarita in 1997. Ursuline Sister Bernadette “Bernie” Mackay began by teaching them about nutrition. As parents noticed “their four-year-olds were healthy and full of energy, they wanted something more for them,” she said. “At that time, playing in the mud outside their home was all that was available to them until the age of seven, when they could be admitted to government school.” Missioners were already teaching the adults to read. José Alfredo Matias’s mother, Marlin, was among them. She eventually became a teacher herself.

Matia was four years old when he began attending the small mission school of San Pablo. His teachers were newly literate parents. At the time they were only at a fifth grade reading level, but it was enough to get the children started. Eventually the mission schools grew with the children—St. Maximillian Kolbe Middle School in Los Frios and later Nuestra Señora de Las Lomas residential and educational program in Azua.

As more students attended secondary school, space became an issue. About that time, Superintendent Fortier arrived in the diocese. He and Sister Mackay thought students could be further educated at Diocese of Orlando Catholic schools. “Throughout my career, I’ve always felt when it was the right thing to do,” Fortier said. “When I didn’t overthink it; when I didn’t get in the way of it by analyzing the daylights out of it; that’s when the beauty unfolded.”

Matia attended Bishop Moore Catholic High School in Orlando and graduated in 2019. He remembers not liking school at first. It was not until fourth grade that he developed a passion for education and math, in particular. “I love math because of its exactness. In the real world, everything is related to mathematics, even if people don’t realize it,” he said. Now he teaches physics and math in Azua, while he works on his degree in systems engineering.

“It’s almost impossible to describe” what the mission has done for the region, he noted. “Before the mission came here to Los Frios, life was hard. We didn’t have an education. The houses were very bad. Every time the rains would come, everything inside of the house would be wet. The mission decided to build houses for the people of this community. My family took advantage of it.” He acknowledges the missions forever changed life in the mountains and his future will be very different because of it.

“I see myself prepared as a good professional. I also see our community changing,” he says. He recalls Father Fred Ruse’s birth certificate program, giving mountain residents a legal identity requiring them to be registered and counted. It afforded improvements to the area like roads and electricity.

“I think we will advance further in education, economy, and technology because people are recognizing their abilities. In the past, it was just agriculture,” he added. “I want to be a part of that change. Maybe I can build a company and employ others from my community. I think that would be a good way to help them.” 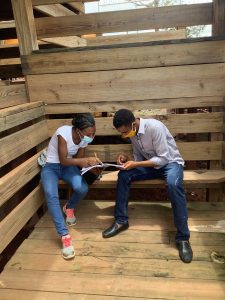 Matia is one of many giving back to the community. Scarlyn De Los Santos attended Father Lopez Catholic High School in Daytona Beach and recently finished her Bachelor of Science in Biology at St. Thomas Aquinas University in Miami. The medical student sees Las Lomas residents becoming more “self-sufficient”. Teaching in Azua while attending medical school online, De Los Santos recalls the Italian adage, “Give a man a fish, and you feed him for a day. Teach a man to fish, and you feed him for a lifetime.” She says, “That is what the mission has done for us here. They’ve taught us how to fish.” Her goal is to return to her community with her medical degree and possibly work at the area’s small clinic, “expanding it, making sure we have materials, doctors, people who are prepared to take care of the people when they get sick.”

This dovetails well with the new leadership team made up of graduates who want to secure the necessary materials and tools needed for the region to thrive. “Because of this (education) program we have the same opportunities as the people who grow up in the city… That gives us such a fighting chance; such a chance for growth.” She envisions each member contributing in his/her own field.

Luis José Aybar, another Bishop Moore graduate, is also on the leadership team. He is currently heading up projects in the region – among them home construction and an aqueduct. He says he sees a brighter future for his generation. “I see my purpose here on earth—making a difference. More than joy, there is pride knowing that, through the mission, the work I am doing is changing the lives of people,” he said. “It is a radical change, to see how a person who lives in a deteriorated, poor home, can be in a better-quality home with better hygiene within two years.”

He added, “I see God in all of this from the beginning. Without His plan, the mission would not have come here… Thanks to God the lives of people in Las Lomas has changed.”

Matia agrees. “Spiritually, the mission basically constructed the church in our community. It has always tried to incorporate the faith in all we do and put God first. They’ve guided us and are an example of what God did more than 2,000 years ago. God is first in my life. Without God’s support nothing is possible.” 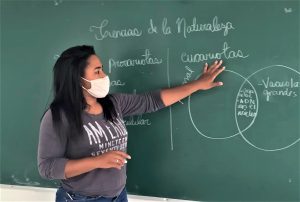 As these students go forth, they embrace a legacy Sister Mackay had only partially anticipated. “Teaching kids only makes sense in the context of expanding horizons,” she said. “Only a new vision and a new approach could prepare the children and their families to think outside of the box.” The mission schools became the vehicles for that change. “I am just listening, learning, seeking wisdom and trying to give a faithful response to each fresh invitation with still another faithful and creative yes,” she said. “Being able to read is a door open to endless possibilities… The poor and our kids in these remote villages are equally gifted as city kids, they just need someone to love them enough to dream beyond the ordinary, the mundane and the status quo.”

In July, Fortier met with the Diocese of San Juan de la Maguana’s new Bishop Tomás Alejo Concepción. His priority is to build a Catholic University in the region. Fortier feels “it’s the Holy Spirit at work.” Several on the leadership team have already expressed an interest to work there as professors. Fortier believes the university will help “retain their youth and draw industry to that region.”

For Fortier, the mission experience has been “one of the most profound experiences of the presence of God.” Tearfully reflecting on the people of Las Lomas he said, “The economic situation of their living becomes a blessing as it texturizes them to be the beautiful people they are.”

By Glenda Meekins of the Florida Catholic, August 3, 2021