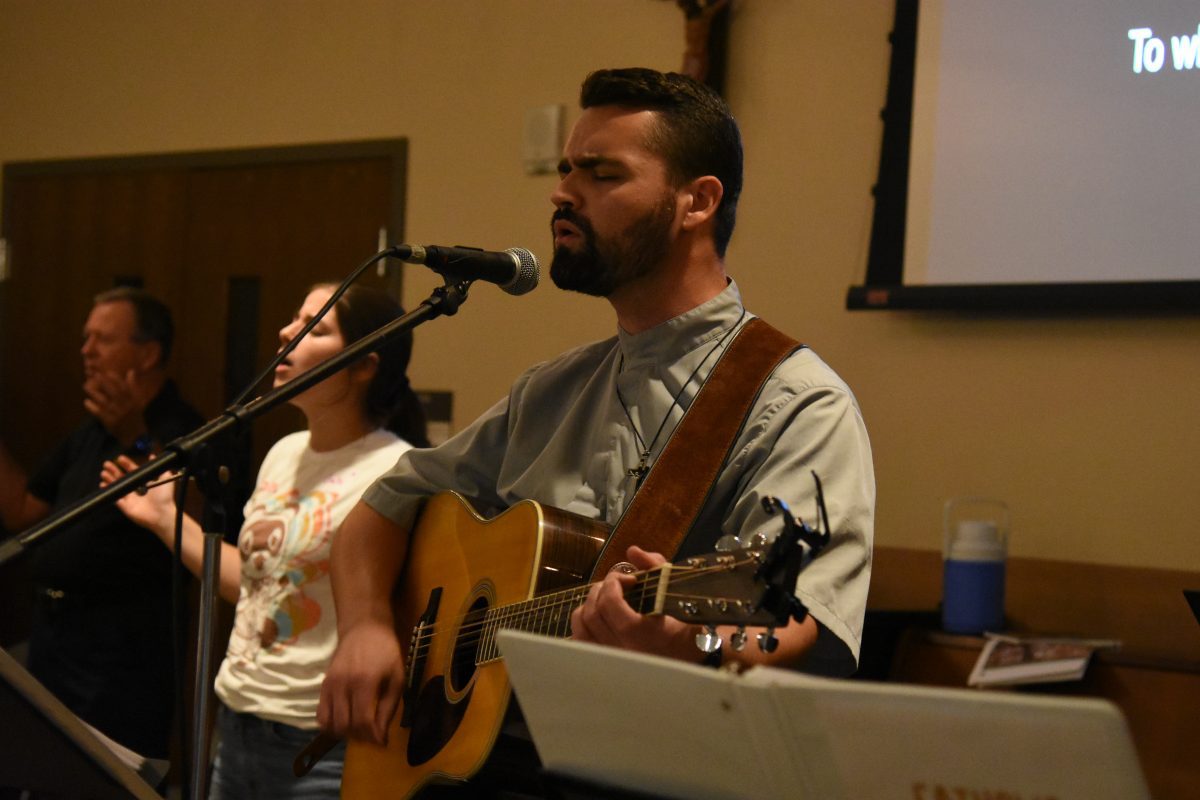 OVIEDO  |  When 200 people gathered for KnightFire at the University of Central Florida the joy could be heard like a loud buzz.

Friends were happy to see each other at the weekly Catholic Campus Ministry event that featured praise music, worship, discussion and games. This week it was Family Feud, and the subject was “A deeper dive” into the faith and strengthening prayer life.

Amongst the crowd were two missionaries of St. Paul’s Outreach and their partners, the Brotherhood of Hope — an order born out of the Charismatic Catholic Renewal that serves as a magnetic force behind the ministry’s success.

This young duo loves Jesus, sports and witnessing to their faith. Brother Buganski’s hobby is carpentry and gardening, when he’s not cheering for his favorite football team, the Philadelphia Eagles. While the Eagles might be 5 and 0, his beloved Phillies are in the playoffs.

Brother Phillips loves hiking, tossing a football or working out at the campus gym and observing nature. In fact, he recently encountered his first rattlesnake at the university’s arboretum.

Both men grew up playing with siblings in the back yard, and a tackling a variety of sports like basketball and football. Neither considered themselves popular nor nerdy, rather somewhere in between.

With only about 30 members nationwide in five locations across the United States, the Brotherhood of Hope include men in both perpetual lifelong vows and temporary vows. Roughly 10 members are under age 33.

Brother Phillips is in his first year of temporary vows, and Brother Buganski is in his fourth year. So why did they choose the Brotherhood? Well, because it’s a brotherhood, and because of the clear love for Jesus in their lives and in what they do.

Click here to learn more about the Brotherhood of Hope.

By Glenda Meekins of the Florida Catholic staff, October 21, 2022