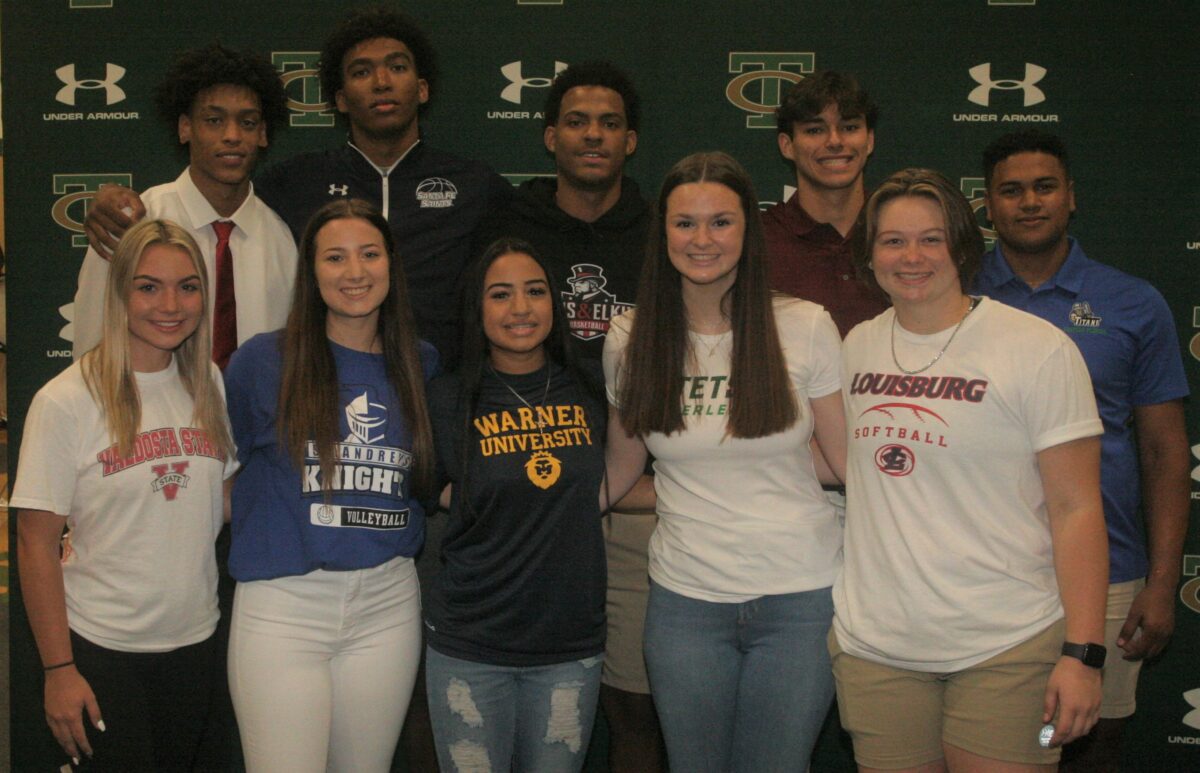 Basketball point-guard and wing player, Ashton Lovette, heads to Davis and Elkins College in West Virgina. Lovette is the first in his family to go to college on an athletic scholarship. Jeremiah Russell will attend Polk State College in Winter Haven, which offered the Celtic guard a full ride.

Fellow teammate, Chris Heard, is headed to Santa Fe College in Gainesville. Heard recently received his Sacraments of Initiation and was received into the Catholic Church.

Eight athletes signed earlier, in the Fall and Winter—making a total of 18 athletic signings in one school year.

Basketball athlete Chris Heard’s first exposure to Catholicism was through the Trinity Catholic community. A non-denominational Christian, he found Mass attracted him “visually and spiritually”. New to the school as a senior, a friend invited him to Mass at Queen of Peace Parish early in the school year. He found Father Patrick O’Doherty very welcoming and easy to understand. He thought, “I want to be a part of this,” so he shared with Father O’Doherty he would like to become Catholic.

Weekly formation with formation teacher Helen Kennedy led to discussions and clarifications about the faith, led to reception of the Sacraments of Initiation at the Easter Vigil. “I had to be open to something new,” he said. That openness extended to his discernment when choosing a college. As he was praying during the Stations of the Cross one day, it occurred to him it was okay to ask for help. He put it in God’s hands and is at peace knowing God is in control.