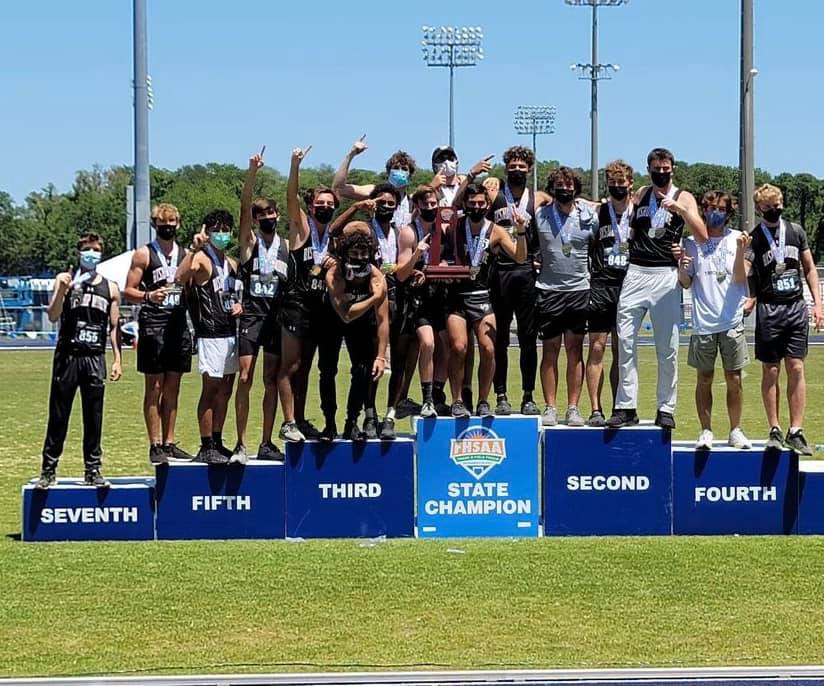 Bishop Moore Catholic High School Boys’Track and Field team took first place in the State Championships held at the University of North Florida in Jacksonville May 8. This is the first time in Hornet history for the celebrated win. (COURTESY)

JACKSONVILLE | Bishop Moore Catholic High School’s boys’ track and field team made history May 8 earning their first state championship. Competing at the University of North Florida, the athletes, many who crossover in many events, took the win over Satellite High School in Satellite Beach, beating them by five points—coming back from second place just the week prior. The last highest placement the team made was seventh, in 1983.

Coach Carolista Ware noted, “Faith plays every part of what this team was able to accomplish. Before we left for the trip to Jacksonville, we asked that Campus Ministry and Mission Effectiveness pray with us for safety, guidance, and good decision making.” They also prayed in thanksgiving after learning of their historic win.

When asked if this was a “dream team”, Ware said the concept of an ideal team fit. The coaches recognized they had “talented athletes who were gifted and hungry to get back the time they lost last year – having the season cut short due to COVID-19. Ware said, “It became evident a couple weeks ago, when the record book for Bishop Moore Track was being re-written by this group of young men, that they were not simply dreaming, they were making history!”