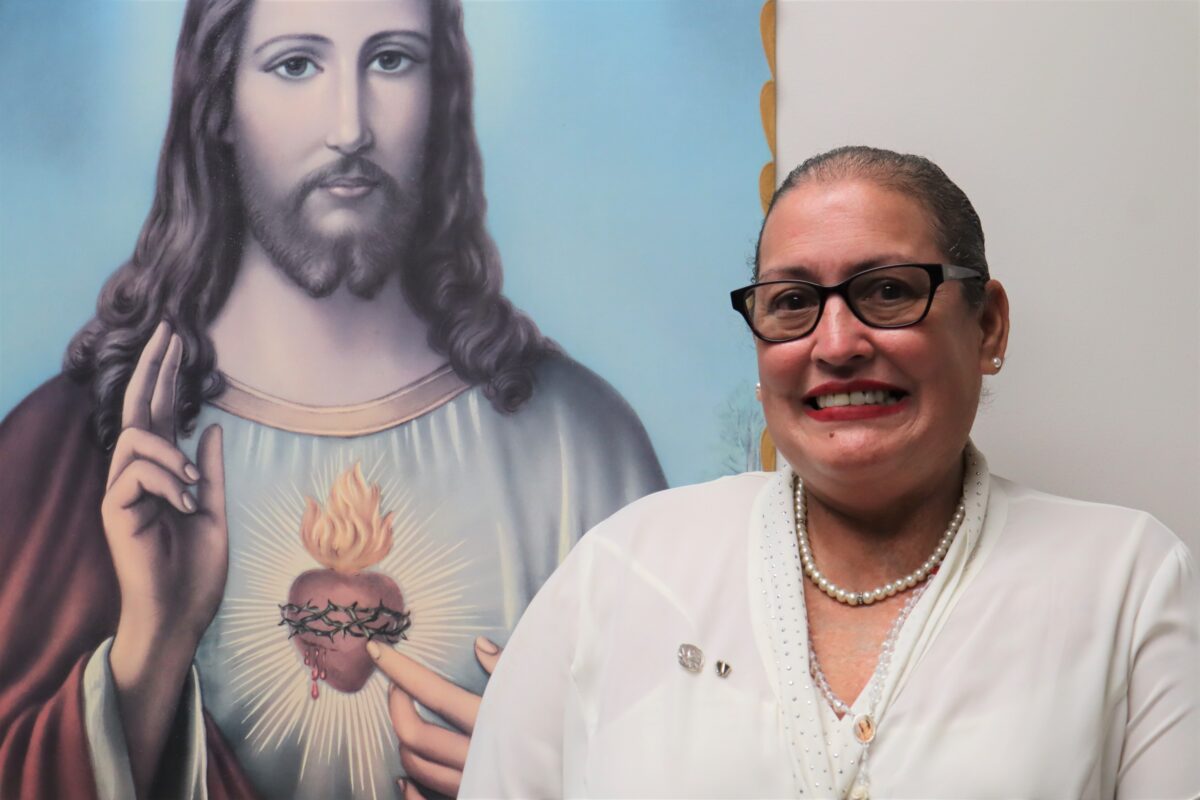 After hearing about a Rachel’s Vineyard retreat from a speaker in 2016, Romelia reached out to the Rachel’s Vineyard helpline. At the subsequent retreat, she found a loving environment and the healing for which she longed. (JASON TRUJILLO)

ORLANDO | When Romelia first heard of Rachel’s Vineyard, a healing retreat for men and women who have suffered through abortion, she was at on an Emmaus retreat. A speaker shared her story and Romelia was open to participating. Raised Catholic and reinvigorated in her faith through an Emmaus retreat in 2016, she received the Sacrament of Reconciliation. “I know God removed my sin, but you still feel sorrow over it. The only way to let it pass is to heal it,” she said.

A seed was planted. “This is something that happens to me and many other women who go through this,” Romelia noted. “The experience (of an abortion) remains hidden in the back of one’s mind and no one wants to explore it. Fortunately, I had an encounter with the Lord in 2016 and a restlessness remained, so I wanted to heal. I had already confessed it, spoken to a priest, and received support, but there was not complete healing because it was still hidden.”

Although desiring that healing, she called the Project Rachel helpline several times with trepidation, never identifying herself, uncertain of what to expect. She had battled cancer since 2001, and by 2016 her doctor gave her one year to live. Despite the diagnosis she fought the cancer. For the next five and half years she gathered general information, but put off attending a retreat.

She eventually moved to Orlando where she heard Rachel’s Vineyard was starting at Catholic Charities of Central Florida and that a retreat in Spanish would be offered. This time, fueled by courage she picked up the phone and called the helpline once again. Carmen Claypoole answered, answering her questions with care.

“I felt (Claypoole’s) love and mercy in that call, it felt like a hug for me despite the distance that separated us.” When someone calls, it is because, although you may be walking with the Lord, it is a part of your past you don’t want to revisit.” Claypoole works with the Culture of Life office, coordinating retreats and helping woman find peace. “I truly believe that through this ministry of love and mercy we are bringing back souls to Jesus,” Claypoole said. “Many of the participants have been away from the Church for so long due to their ongoing battle with guilt and shame, not feeling worthy of forgiveness. I’ve seen miracles happen firsthand. Faith is restored, forgiveness is realized, and the journey to peace becomes a reality.”

For Romelia, the hope of that journey bore fruit. Arriving at the retreat a little nervous, soon the staff put her at ease. “Each detail was carried out with professionalism and discretion,” she recalled. “It’s not easy to speak of what you have lived. I never doubted God’s forgiveness, but the retreat gave me a final closure… It was like a rebirth. It was a spiritual Baptism… down to every detail.”

In her gratitude, she promised God, if He allowed her to live through her cancer, she would always serve Him. So, she asked Claypoole how she could help. Now Romelia assists in preparing the items needed for the retreats.

She said, “I know that the healing I experienced at the Rachel’s Vineyard retreat was God’s pure mercy. I want to be a voice for so many women.” She said there are many reasons people have abortions and despite her regret, she acknowledges, “I cannot change my past, but I can repair the damage and support other women who are going through that situation.”

She said taking the first step is the hardest and urged, “If you are considering an abortion, I would say, ‘Do not do it.’ I would bend on my knees in prayer and fast for that person so that they would not do it. And for the one who already did it, there is hope!”

Catholic Charities of Central Florida is offering Rachel’s Vineyard weekend retreats throughout the year in English and Spanish. For more information, please call or text the confidential helpline at 407-222-8584 or email projectrachel@cflcc.org.

By Glenda Meekins of the Florida Catholic Staff, March 24, 2022