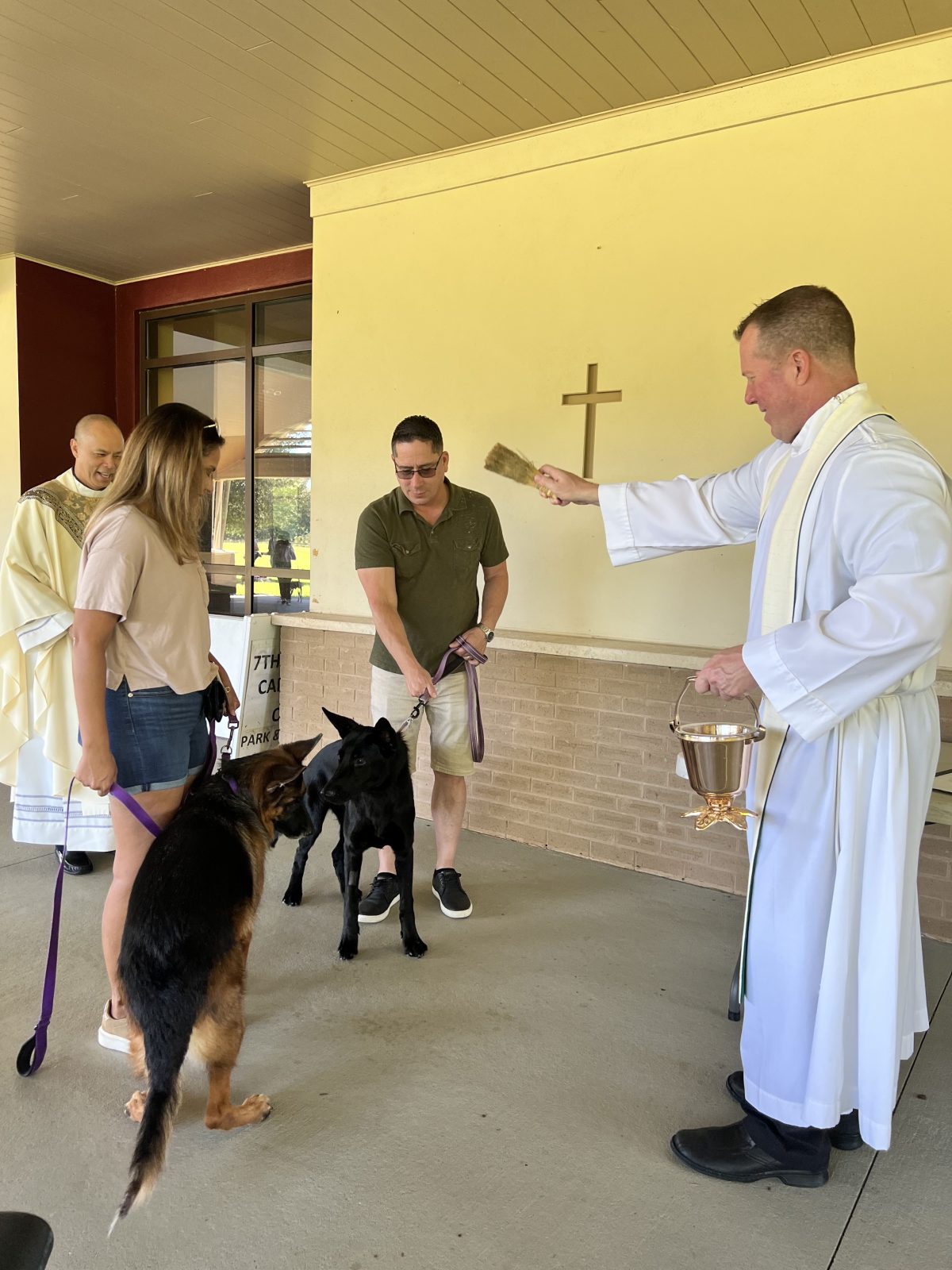 Animals have souls, but not the same kind of souls that humans have. This is the same reason that one does not have his or her dog baptized, confirmed, or given Holy Communion. We bless them in a similar way that we bless objects.

That said, animals are God’s creatures. We bless them because they glorify God’s creation. Perhaps the Catechism of the Catholic Church (2416) says it best, “Animals are God’s creatures. He surrounds them with His providential care. By their mere existence they bless Him and give Him glory. Thus, men owe them kindness. We should recall the gentleness with which saints like St. Francis of Assisi or St. Philip Neri treated animals.”