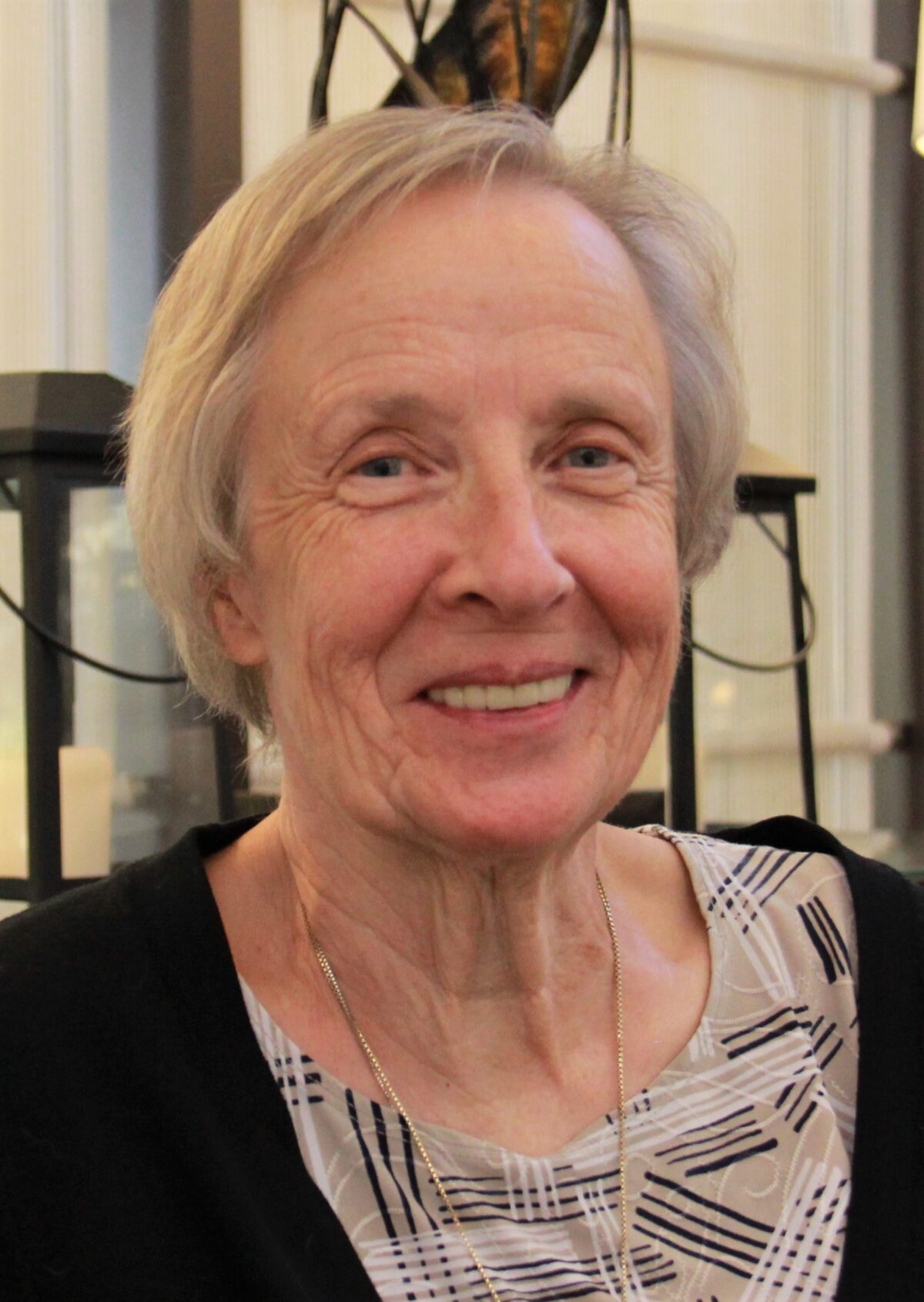 Retired Daughter of the Heart of Mary, Sister Ann Rowland, works in the Ministry of the Sick at Annunciation Catholic Parish. PHOTO BY GLENDA MEEKINS

ORLANDO | Sister Ann Rowland, D.H.M., grew up in Pearl River, New York. Though only her mother was Catholic, both her parents were very devout. She was raised in the faith and attended Catholic school from kindergarten through college. As a child, when she heard the Gospel reading of the call of the disciples, she heard a personal invitation that she never forgot.

“Jesus’s words, ‘Come, follow me’ were in my heart from childhood and led me to religious life,” said Sister Rowland.

Soon after college Sister Rowland joined a Dominican order. Overwhelmed with homesickness, she returned to Pearl River, but remained an associate with the Dominicans for many years. Eventually “God had other plans,” says Sister Rowland. She was introduced to the Daughters of the Heart of Mary, an international community of nearly 2,000 sisters whose charism is to be in the world among God’s people. She joined that order on January 31, 1996.

Daughters of the Heart of Mary work in many different fields, striving to be a presence that transforms lives wherever they are placed. For Sister Rowland, her ministry brought her to St. Joseph School in New Jersey as a teacher and later as interim principal. She then worked for 25 years as a school nurse and educator in the public school system working with children who had emotional and behavioral difficulties.

“The children touched my life every day. I was so very blessed to minister to God’s children who suffered daily because of difficult circumstances and emotional issues. There are so many stories that could be told, but the most important of these is love —His love,” said Sister Rowland. “I know that everyone who served in our school district had this love for the children and it was received and recognized by these children daily. The prayer is that they would take these positive moments with them in the future and know how valued they are always.”

In addition to her work in education, Sister Rowland also served on the Daughters of the Heart of Mary community leadership team for nine years. Though now officially retired, she serves as vice president of the Diocese of Orlando Sisters’ Council and as bereavement minister at Annunciation Parish in Altamonte Springs.

Sister Rowland says these last 25 years have been filled with joy. There have been celebrations with sisters in her community, the momentous days she made temporary and perpetual vows, a visit to the motherhouse in Paris and the occasion of seeing one of her sisters honored in 2017 as the Mother Teresa of Pakistan with a military funeral because of her service and work with lepers for more than 55 years. Now, in her retirement, she is grateful for the community of sisters she has found in the Diocese of Orlando.

“One of the greatest blessings of my vocation that I receive every day is joy, allowing me to serve Him in the world as a Daughter of the Heart of Mary, bringing His love and promise to others and in turn receiving the same from those whom I meet along the way,” reflected Sister Rowland. “Joy and gratitude fill my heart every day in thanksgiving for all His blessings!”