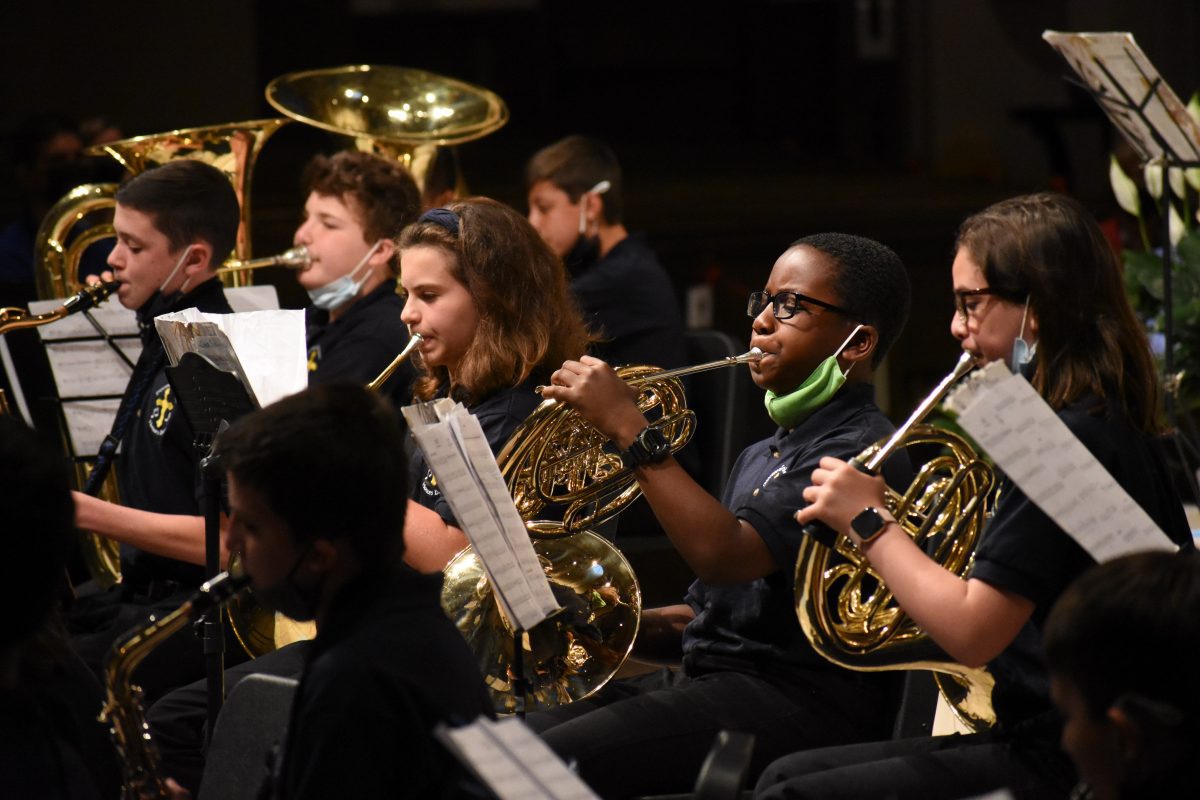 The Diocesan Honors Band performs their Spring concert at St. Margaret Mary Parish in Winter Park, May 6. The band is comprised of top Catholic musicians attending public and private schools in the Diocese of Orlando. (GLENDA MEEKINS)

WINTER PARK | Entering St. Margaret Mary Parish, the sounds of instruments being finely tuned fills the air. The church slowly fills with parents and guests hoping to hear St. Margaret Mary’s Band, and especially the Diocesan Honors Band, formed by elite Catholic musicians from public and private schools within the Diocese of Orlando.

In 2009, Director Dee McAfee turned this group of students from a marching band into “a proper wind band”, a concert band. This year, despite COVID-19, he has 48 members, the most in recent history. 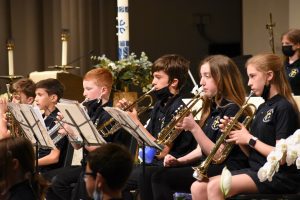 “I tried to prepare these young people for the rigors of a high school program,” he explained. At the time, “they were behind, compared to the public schools.”

Musicians practice twice per month as a group with sectionals for specific instruments on off weeks. Open to middle school students grades 5 – 8, they must audition and interview or come with a recommendation from their current instructor. All must be active Catholics in the Diocese of Orlando. Although most come from Catholic schools, many come from local public schools. They usually perform four times a year.

Many honors band students go on to full music scholarships and others frequently fill lead chair positions in their college orchestras or become drum major (leaders of the band) in high school and beyond. Kayli McClafferty, a former Annunciation student, is double majoring in Music Theory and Music Composition at Stetson University’s School of Music in DeLand. The flute player said, “The Diocesan Honors Band was a really great experience because I got to perform as a musician in a larger ensemble with more experienced musicians and more advanced band repertoire.” The group also performed for larger audiences of up to 1,000 people. She credited McAfee as “one of the best mentors and band directors” she ever had. 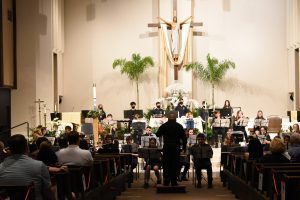 Annunciation Academy 7th-grader, Kalli, agrees. She also plays the flute and explained playing “is like praying” when she uses her talents.

Her classmate, Caden, plays the alto-saxophone. The Annunciation Academy student added, “When I’m at Mass, I can recognize the genuine talents behind the music.” He said the musician’s commitment shines through, “and it inspires me to be like them.”

St. Margaret Mary Catholic School Principal, Katie Walsh, said, “the Diocesan Honors Band gives students throughout Central Florida the opportunity to share their God-given talents; to collaborate with musicians as part of the Diocese of Orlando and to honor God through their music.”