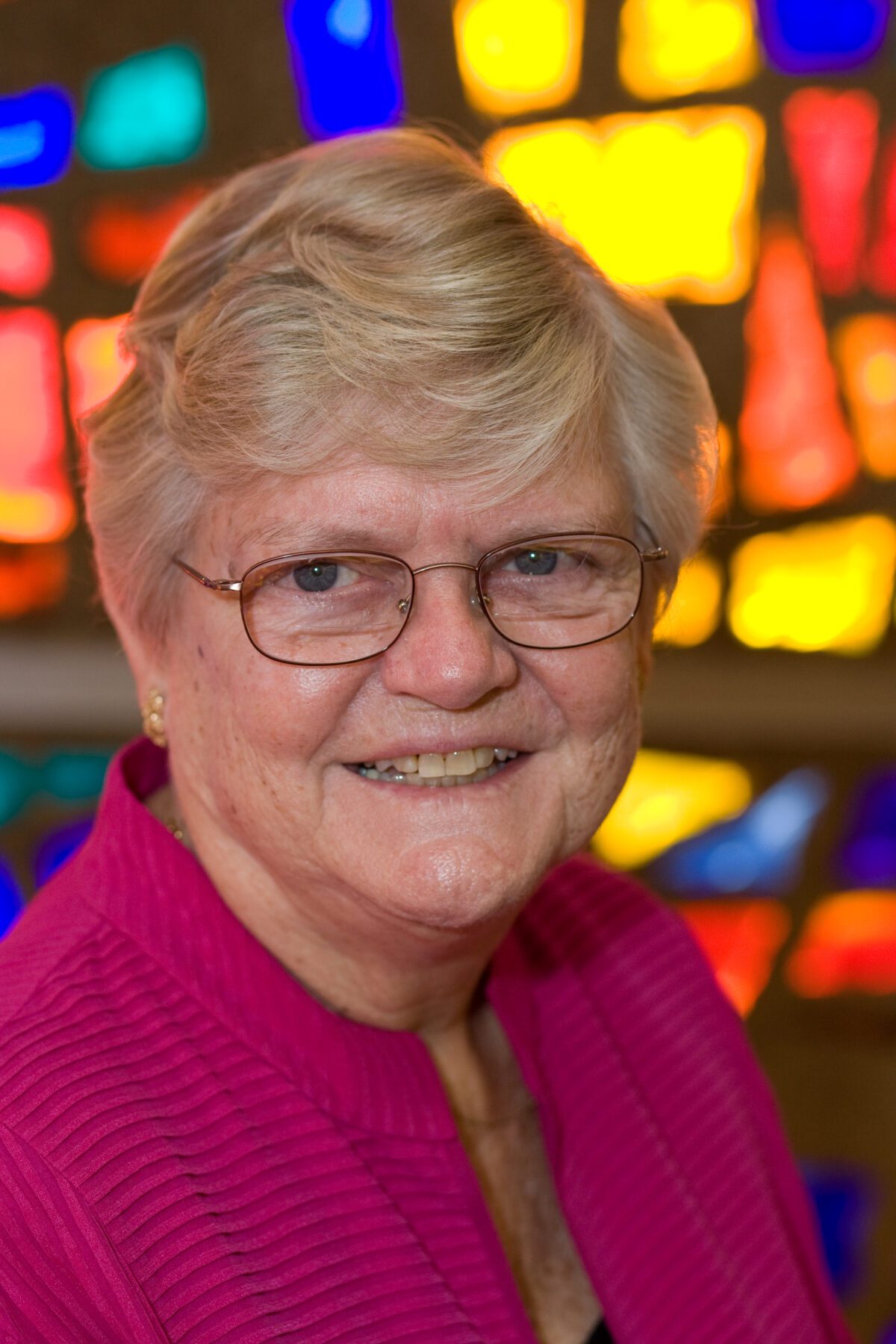 ORLANDO | As a young woman, Sister Ann Englert, O.P.,  went out with friends, studied, dreamed of becoming a math teacher, and went on dates with her steady boyfriend. But when the boyfriend offered her his class ring, she had to break the news to him.

“I had to tell him I couldn’t accept because I had decided to go into the convent,” recalled Sister Englert with a laugh. “That was a bit awkward!”

Sister Ann grew up in Glendale, NY with her mother, father, older brother, and sister. She admits to being “a bit spoiled” as the baby of the family, but the love of her parents, and especially of her father, would help her to understand the love of God the Father. As a student, she was particularly drawn to mathematics, as well as to the many religious sisters who taught her.

“The nuns I had as teachers, particularly in grade school, they were so good to us that I thought, ‘I want to do that.’ I kept that idea in the back of my mind all along as I grew up,” said Sister Englert.

When it came time for college, Sister Englert opted to move from snowy New York to attend Barry University in sunny Miami. There she met the Adrian Dominicans, young, vivacious, and wonderful teachers. That idea that never left her, now grew stronger. She finished her freshman year, and joined the Dominicans at the age of 18.

Far from giving up her dream of working in education, Sister Englert went on to teach at schools in Miami, St. Petersburg, and Jacksonville, and perhaps most memorably, was principal at a school in Rome, GA. Acting ahead of her time, Sister Englert decided to integrate the school, enrolling an African American first-grader during a time when most schools, especially in the South, were still segregated.

“I said to the angry parents, ‘Well, they’re parishioners of the parish and the school is a parish school. They have every right. What would Jesus do in this case?’ And that little girl came,” remembered Sister Englert. “Gradually people changed. It’s one thing to object to the idea and another to see this frightened first-grader.”

Civil Rights was not the only change sweeping the country. With Vatican II, many women began to leave religious life, and those who stayed began to look very different. Sister Englert was attending Marquette University on a National Science Foundation Grant at the time. She remembers arriving the first year in a full long habit and veil, the next year in a short habit and veil, and the third year in no habit at all.

“It was like a transformation each year!” she said. “I liked the change a lot. I think some people were afraid of nuns and they associated us with their nuns from grade school. People feel more comfortable opening up without the habit.”

After her years in the classroom, Sister Englert took a sabbatical to attend Catholic University, majoring in theology. From there she arrived at Our Lady of Lourdes in Melbourne, working with the sick and elderly. She spent 20 years at Nativity Parish in Longwood where she was responsible for religious education and pastoral ministry, and then 10 years at St. Ann Parish in Debary where she was a marriage annulment advocate for the Diocese. Though she officially retired at the age of 70, Sister Englert says she has taken her ministry to the streets.

“I go out and walk my dog and I meet the neighbors. They all know I’m a nun; I tell them right away. And people will call me with their intentions,” she said. “I’m still doing pastoral ministry, it’s just much more casual.”

Reflecting on 65 years of religious life, Sister Englert says, “Would I do it over? A definite positive yes. I have no regrets. The greatest blessing of my life has been my vocation.”