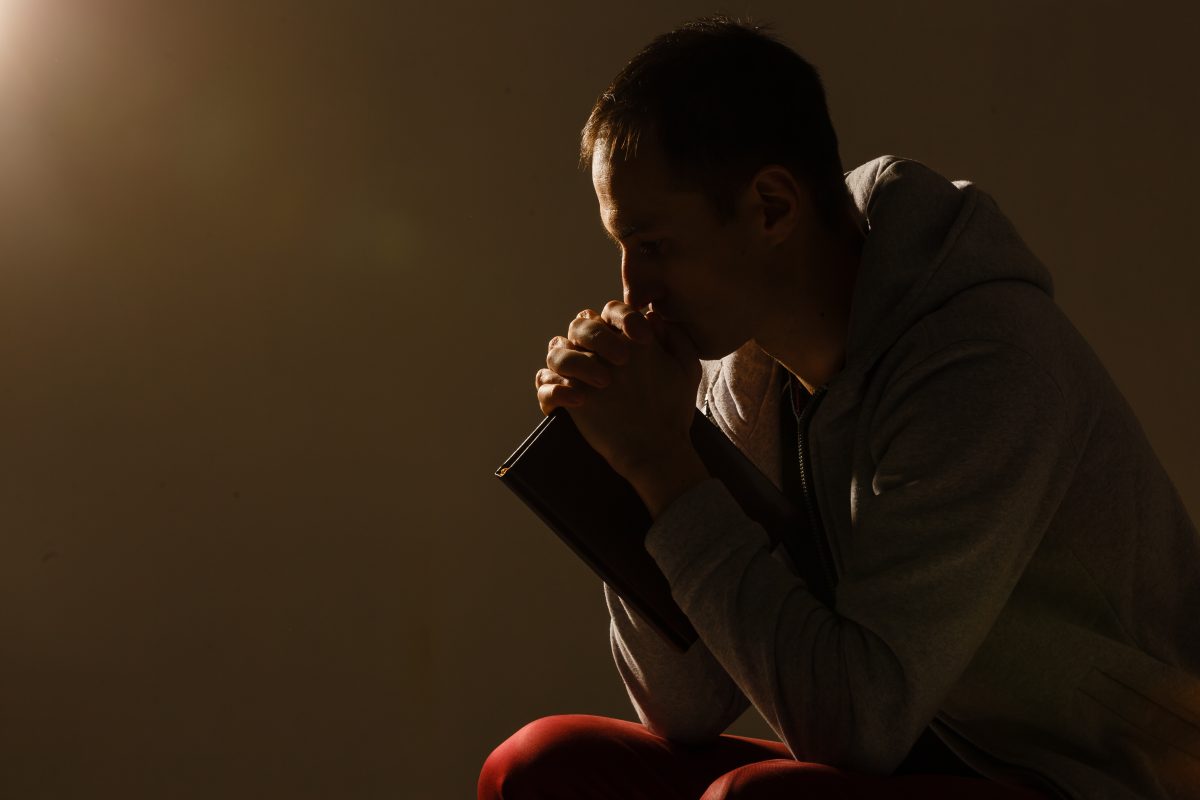 ORLANDO | Visiting the imprisoned is a corporal work of mercy, but during COVID, visits from family and ministries that serve to evangelize and assist in transitioning prisoners back to the outside world came to a halt.

Some correctional facilities are slowly resuming ministries with small groups, but those on the inside, have paid the price with added isolation. Deacon Richard Dodd is the Diocese of Orlando coordinator for the ministry to the incarcerated and co-founder of the St. Peter Claver Prison Ministry. “I have never seen a more dispirited time in the prison system because we don’t have the same level of presence that we traditionally have,” said the 10-year veteran of the ministry.

Last March, Deacon Dodd said “there was an absolute mandate to restrict access.” By Thanksgiving, some facilities began lifting restrictions, allowing up to 10 people to gather, with two ministers. Now, some institutions are allowing up to 20 to gather, depending on the level of infection. Still many others are not open to ministry gatherings at all and none in the diocese resumed celebrating Mass. “During the nine to ten months we were away from it, it has put a particularly heavy psychological burden on many of the men and women and corrections officers,” Deacon Dodd said. To alleviate the situation he purchased a large volume of books to supply libraries, particularly in areas with little or no access. “Still, it’s not exactly the same as having physical presence and the presence of our Lord in there with these men and women.”

A former inmate offered insight from men still inside. “There is nowhere to go. You cannot participate in social distancing when there are other men all around you.”

He explained in an open bay dorm, you have up to 90 men sharing a room, eight sinks, seven toilets and six showers. “There is no more than two and a half feet distance between you and the man sleeping next to you. It is a terrifying time for those men and women incarcerated throughout the world,” he said, requesting prayers for them as they are “so vulnerable to this virus.”

With the advent of several vaccines, ministers hope some stress will be alleviated and regularly scheduled visits and activities will resume. Among them is Brian Seeber, who, together with his wife, Lynne, work with Kairos Torch, a program for incarcerated adolescents. The Our Lady of Lourdes Parish, Daytona Beach parishioners are working with some youth virtually. “(They) conveyed a stiff upper lip and were encouraging to us as adults on the outside world, stressing safety and missing us as we missed them,” he said. “They were grateful for the virtual visits… and very much looked forward to the few that we were able to arrange.”

Brian also works with Kairos Inside for incarcerated men. As some facilities began to allow small groups, he said, “The men welcomed the small number of volunteers who were permitted in, and their reaction of warmth and wanting to give hugs or handshakes, in spite of that not being permitted, showed how they craved the contact they had missed, physically as well as emotionally. The prayer and fellowship, which was possible in a limited way, was met with a true sense of welcome and gratitude. I think all of us, incarcerated and volunteer alike, recognize in a profound way how much the service of visiting our incarcerated brothers means to those whom we serve and we who serve.”

Deacon Dodd said the greatest need is in helping those preparing to transition out of correctional institutions. Carlos Benitez is the program manager for the St. Peter Claver Ministry and St. Vincent de Paul Immersion Re-entry Program. The usual visits that occur prior to release in which plans for housing and work are solidified have been hampered by limited visitation. “COVID-19 is a detriment to us all, but should not stop us moving forward,” Benitez said, offering the example of Gilbert, an inmate released last Christmas Eve 2020. Gilbert completed the “Getting Out While Getting Ahead” self-sufficiency mentorship program in prison. “With trust in God, we were able to overcome many of the obstacles, restrictions and red-tape all of us face daily.”

Still, Deacon Dodd worries, “The challenge we have is that we are in uncertain times. That makes things difficult for us.” Noting that re-opening is up to the discretion of each warden and health director of an institution, he says, “My concern is that it may, in some institutions, provide an opportunity to say, well, we got along without them and we have some other denominations here already. I just don’t know yet how that will impact the change in attitude in some institutions.”

Although he acknowledged, “There is no substitution for the exercise of the corporal works of mercy,” he does recommend that parishes interested in reaching out to the incarcerated contact their parish or local prison ministries to set up supervised letter writing campaigns to let prisoners know “they are not forgotten”. He emphasizes supervision by prison ministers to assure the protection of those submitting letters and to determine what chaplains and institutions are open to it.

That said, he added, “So many challenges are before us, but we have to persevere. We have to continue to remain in contact with our chaplaincies and let them know we are here.”

Putting it in liturgical terms, Benitez quoted Psalm 25:8-9, “Good and upright is the Lord; thus he shows sinners the way. He guides the humble to justice, he teaches the humble his way.” He added, “I don’t know about you, but God is in control— all we have to do is follow his lead.”

By Glenda Meekins of the Florida Catholic, March 17, 2021