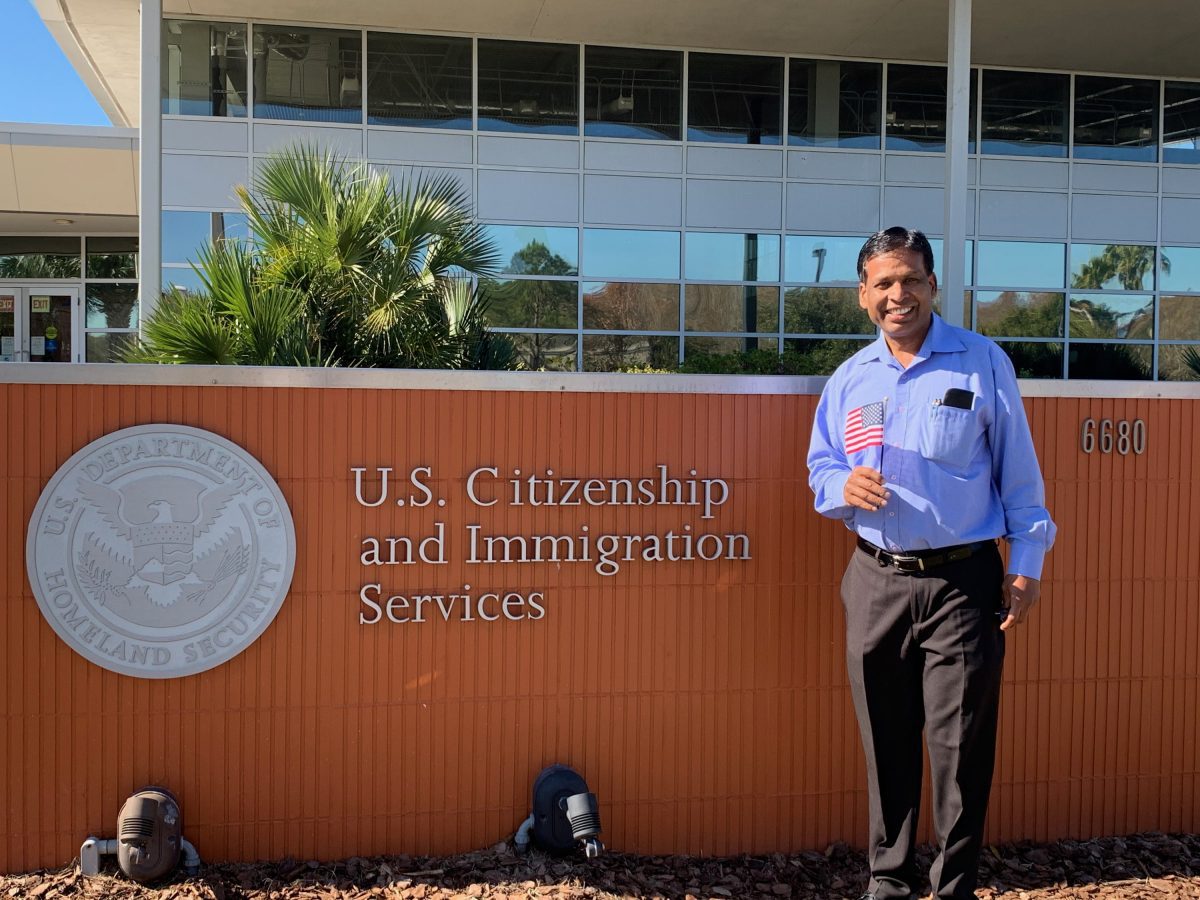 VIERA | Congregation of the Holy Cross Father John Britto, proudly became a citizen of the United States Jan. 5. The native of Salem, India in the state of Tamil Nadu is the parochial vicar of St. John the Evangelist Parish in Viera. He came to the U.S. when he joined his order’s American province in 2009.

After studying at the University of Notre Dame and working in Vermont, he came to the Diocese of Orlando to serve, joining fellow Holy Cross priests. “It only made sense that I become a total citizen of the country so that I can be totally available for the mission.” He noted that India is a democracy as well and he “loves the democratic freedom and the values the government is supposed to stand for.” Those factors prompted his citizenship quest.

He also said, “The word alien did not sound good to me. I wanted to remove that from my vocabulary. I wanted to become a citizen so I can fully serve our people.”

He acknowledged the difficulty in giving up the citizenship of his homeland, which he loves, but he notes he began the process long ago and is grateful to have completed his goal. “It was worth it… My parish is my family, and my Holy Cross brothers,” he said.

Noting that he received his citizenship on the feast day of St. John Neumann who was also an immigrant, he said, “One can try” to fill his shoes.

By Glenda Meekins of the Florida Catholic, January 8, 2021