From Hinduism to Catholicism: One man’s journey to Rite of Election 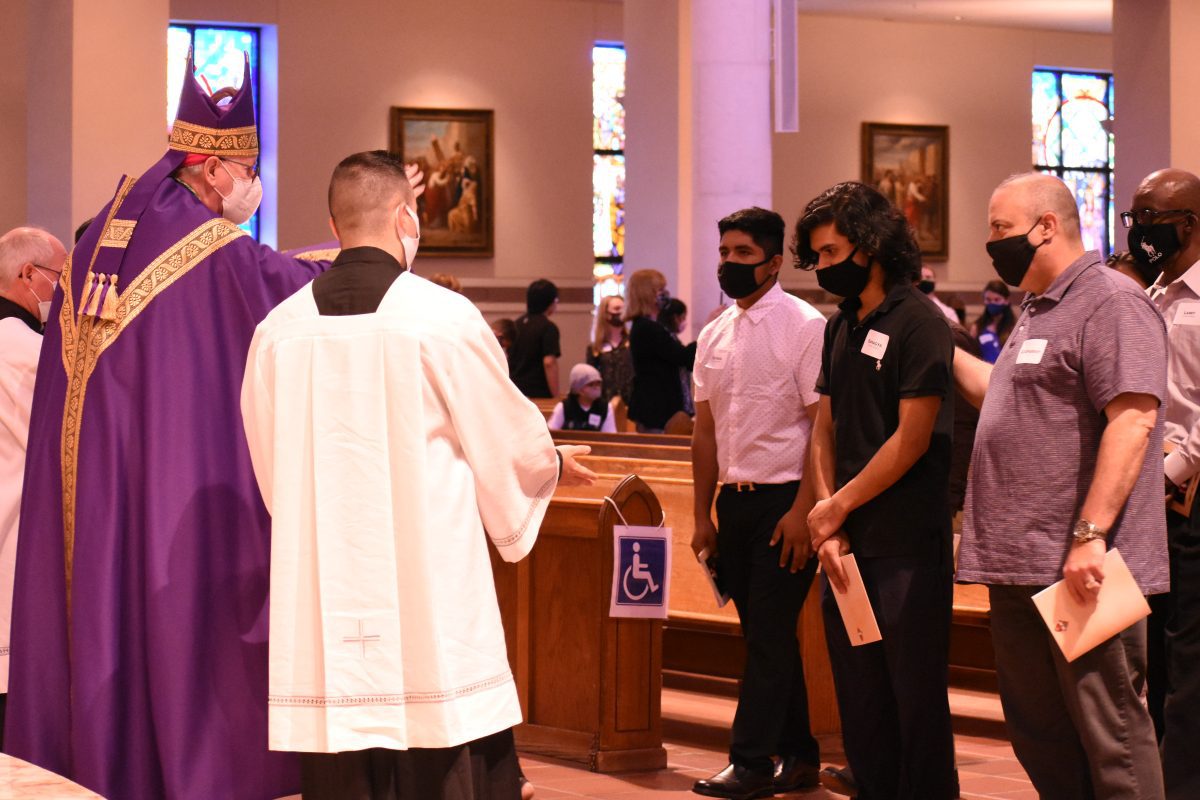 ORLANDO | “You’re here because of a vocation,” began Bishop John Noonan as he addressed catechumens at the Rite of Election on February 21. “God has enlightened you with grace and strength to know Him. Your response is to come here today. My response is: Yes. We accept you as the elect and we will write your names in the book and we will welcome you into the Church of Jesus Christ.”

Among those at the Basilica of the National Shrine of Mary, Queen of the Universe was Samagya Karki. When Karki was a young boy, he enjoyed walking the streets of Nepal with his family. He took in the shrines, temples, and the smells of food intermingled with incense. “In Nepal, there are always little shrines to remind you that two worlds exist, this world and the divine world. In Catholicism, unlike Protestantism, there is that aspect as well. The incense, art, the gestures… they are things we all need as humans to connect with our bodies,” he explained. 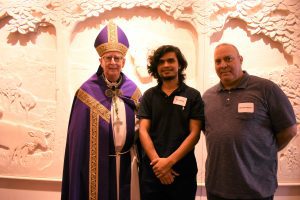 Sam, as his friends call him, is 21, but his thirst for knowledge has developed a wisdom beyond his years. Born a Hindu, his family moved to England when he was 7 years old. Although once a thriving Christian country, Sam noticed most of his friends and teachers were atheists. He concedes he too lost faith for a time, but then he began to have questions. He took a world religions class, which focused on Christianity, Islam, and other faiths. “Even in class, Christianity seemed the most reasonable,” he recalled. He searched online and took more courses. As an adolescent he became Protestant – praying and studying the bible on his own.

He said the “whole historicity of Christianity” made sense to him. Quoting C.S. Lewis, he said, “It’s a myth that is true.” “The historical nature and the whole argument for the existence of God—how it all leads to there can only be one God and not millions. And the nature of God Himself and the oneness of God. It was the most reasonable,” he concluded.

After Karki’s family moved to Florida five years ago, he continued to practice Christianity on his own until August 2019. One day, he came across a social media interview with popular Catholic speaker, Matt Fradd. He addressed the many misunderstandings Protestants have of the Catholic faith regarding Mary, the saints, and obedience to the pope. “I became really intrigued,” he said. Curious, he began to research what Catholics truly believe.

“It all seemed reasonable and did not contradict the faith in any way. It was so beautiful…” He began to study the Catholic Church’s doctrines and councils. “I didn’t realize I was missing out on all this richness of the faith and where it came from,” he professed. He decided to attend Mass at the nearest Catholic Church, St. Joseph Parish in Lakeland.

“It seemed surreal because of how beautiful the church was with the painted windows, the Stations of the Cross, and how communal it was. Everyone seemed liked family. There was this reverence.” He noted, “In the Catholic faith you use your whole body. There are postures of prayer. You give reverence to Christ; the use of incense, the smell, the beauty and art. Both the bodily and spiritual aspects were one in the Catholic faith. That was a big factor in my conversion. And after learning about the Eucharist—I was compelled.”

A kind couple saw Karki’s enthusiasm and listened as declared he wanted to become Catholic “as quickly as possible.” They told him about the Rite of Catholic Initiation of Adults (RCIA) and he signed up after Mass.

After a pause, he reflected, “We always have these existential moments when we ask what is the point of life? What is the reason? Faith gave me hope instead of despair. If there is ultimately no God, then there is no meaning to life, suffering or any pain you go through. Then ultimately there is no justice. (Catholicism) cleared that up. There is this loving God who went to the Cross for us. He partakes in our suffering as well.”

Samera Alamm, St. Joseph’s Parish catechetical director said, “Sam has blessed us this year in so many ways… His passion for the Catholic faith is alive in his eyes. I am so excited to see where the Lord will lead him.”

By Glenda Meekins of the Florida Catholic, February 24, 2021