Igniting the Next Generation to Join Knights of Columbus 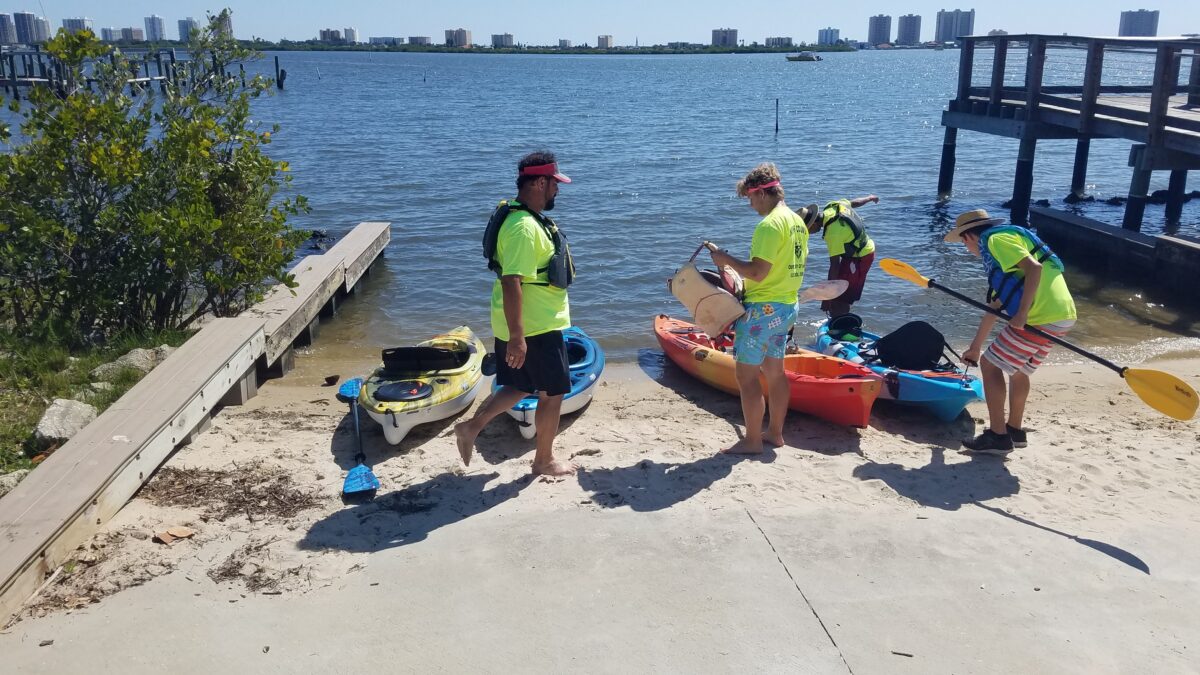 DAYTONA BEACH – A recent high school graduate, Brian Mateo, 19, was looking for a way to give back to his community. That’s when Mike Godbout, a teacher and coach at Father Lopez Catholic High School, invited Mateo to join a new program named Infinity Knights, inaugurated by Knights of Columbus  Council 8086.

“This is really the first time I’ve participated in a brotherhood,” Mateo said. “It was something new to me. I wasn’t really part of a group before whose sole purpose was to serve the community.”

Infinity Knights, started by the Knights of Columbus Council 8086, is intended to reach young men ages 18-25 and encourage them to join the organization, following in the footsteps of founder Blessed Michael McGivney. The men of Council 8086 hope to engage local young adults through social and service activities they’ll enjoy as a pathway to working as a team and becoming engaged long-term in the Knights.

“Most of the officers and active members in the Knights are over the age of 50, and many are retired,” John O’Malley said, a past grand knight of the council. “We’d like to get new blood in the program, and this is a way to energize the Knights.”

Godbout launched Infinity Knights in May 2021 with kayaking trip for the young men. A gun safety event followed. After each gathering, the men met with a broader group of Knights during a Loaves and Fishes charity, passing out food and clothing to homeless individuals. The outreach struck Mateo, leaving him wanting to continue giving whatever he could to others.

“It was shocking to see the amount of people who showed up and the conditions they were in,” he said. “Mostly young folks in their 30s and late 20s with ripped clothing [attended] and some who were elderly in wheelchairs; it was upsetting.” In the next few weeks, Mateo and other Infinity Knights will join Godbout in handing out food and water to others who are hungry in their community.

Mateo said young adults like him are looking for their purpose within the Catholic Church. He thinks groups like Infinity Knights, as part of the Knights of Columbus, help tap into that desire. To Mateo, the reward for participating in the Knights is feeling like he made a difference in someone else’s life. That difference could be small or big, but he’s happy with either. It’s enough to keep him wanting to come back again and again.

“This is the age that we’re missing in the Catholic Church,” Godbout shared. “That’s another reason why I wanted to get [Infinity Knights] started. I wanted to ensure men are doing something in their faith and being active in the Church, too. Their [internal] fires need to be lit. We have to invest in the youth.”

While Infinity Knights continues to grow its membership from about five steady participants, Godbout and Mateo believe the group to be a good start at bringing younger members into the Knights of Columbus. In the near-term, they aim to build a self-sustaining group of 10-15 young men who will be life-long members.

“I hope to gain knowledge, wisdom and experience from the older gentlemen in the brotherhood,” Mateo said. “As younger guys, we are the future of the Church through God. We’ll be making decisions in the future, helping out, participating. The more members you have, the more ideas you have cycling through. Those ideas can bring great things to the Church, new ways to help.”

By Dana Szigeti, Special to the Florida Catholic, August 25, 2021