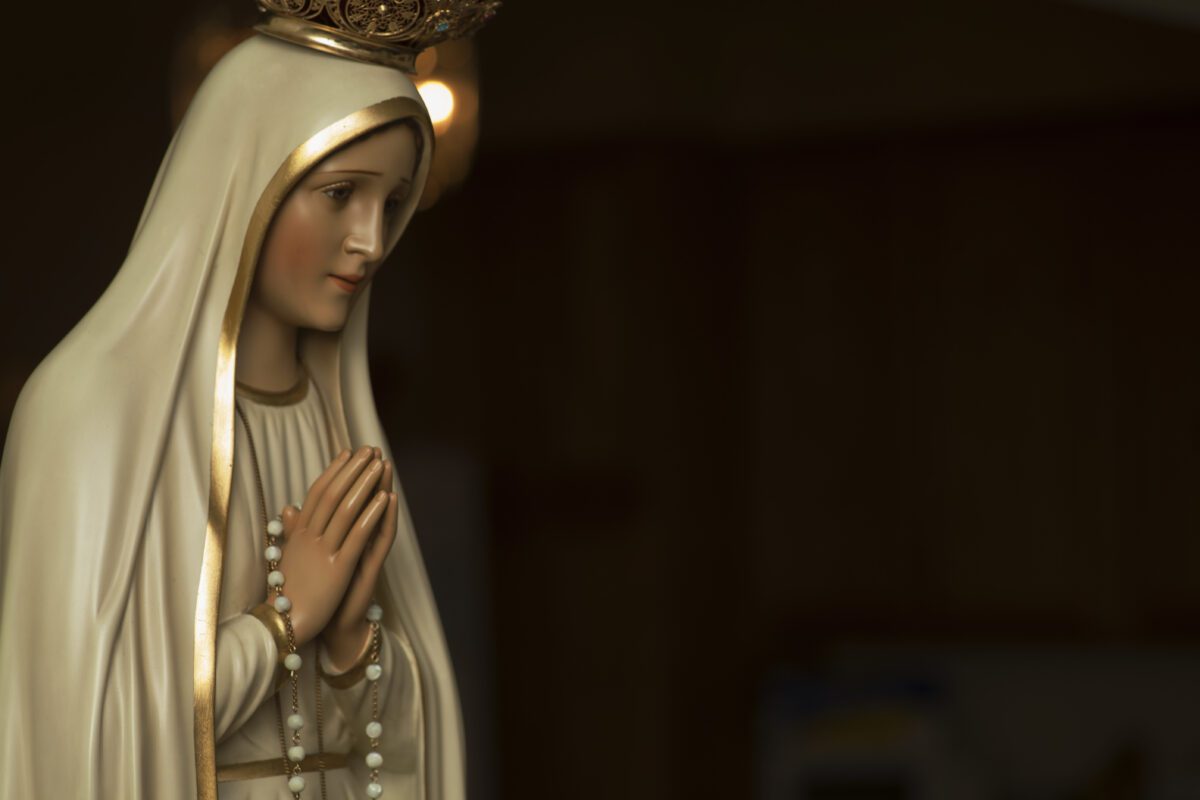 THE VILLAGES | Rita Diette, 81, fondly remembers praying the rosary as a child with her family at 7 every evening. After kneeling for prayers in the dining room, they would sing hymns and dance. To this day, Diette says her Catholic faith and love for dancing and singing have stayed with her – eventually leading her to join her local Legion of Mary chapter in 2003.

On Sept. 8, the Feast of the Nativity of the Blessed Virgin Mary, Diette joined more than 150 Legion of Mary members across the diocese to commemorate the 100th anniversary of the organization’s founding. The opening celebration included breakfast, morning Mass, group rosary and lunch hosted at St. Timothy Catholic Church in Lady Lake. The organization plans to host other centenary activities throughout the year and will close with Mass on September 8, 2022.

“I have met the most wonderful men and women I’ve ever come across in my life (through the Legion of Mary),” said Diette. “It changes your life. I have cancer and I’m still a happy person. If I didn’t have the Blessed Mother and these people in my life, I don’t know what I’d be doing.”

Diette said there is a gradual change that occurs within one’s self while being a legionary. “I tell people to look back in a year after they join the Legion to see the change that has happened within them.” Diette said she has become more caring, compassionate and understanding.

As an Irish-American, Diette said the centennial of the Legion of Mary means so much to her. The Legion was founded in 1921 in Dublin, Ireland, by Frank Duff as a lay Catholic volunteer organization. Duff, now a Servant of God in the saint beatification process, was inspired by the True Devotion to Mary taught by St. Louis Marie de Montfort. “The Legion aims to bring Mary to the world as the infallible means of winning the world to Jesus,” according to the Legion’s website.

Bob Filan, current president of the St. Timothy chapter, said for him, the centenary means consistency. “It’s a validation of the work of Frank Duff,” he shared. “A lot of organizations fall aside because of inactivity. Today, we are one of the largest apostolic organizations of lay people in the Catholic Church and are present in more than 170 countries with several million members. Many of those members are up for sainthood.”

Legionaries primarily serve through prayer and visitation of families and the sick in homes, nursing facilities or hospitals. Each group hosts a weekly meeting to carry out a spirit of faith and union with Mary. Auxiliary members undertake a service of prayer if unable to join the meetings or weekly service components.

“To me, it’s a family, not just an organization,” Filan said. “We’re all here because Mary wants us here. Seeing the growth of spirituality among the people is the most rewarding. Mary is a powerful intercessory and the mediatrix of all graces. When people understand that, she becomes a more important person in their lives.”

By Dana Szigeti, Special to the Florida Catholic, September 14, 2021