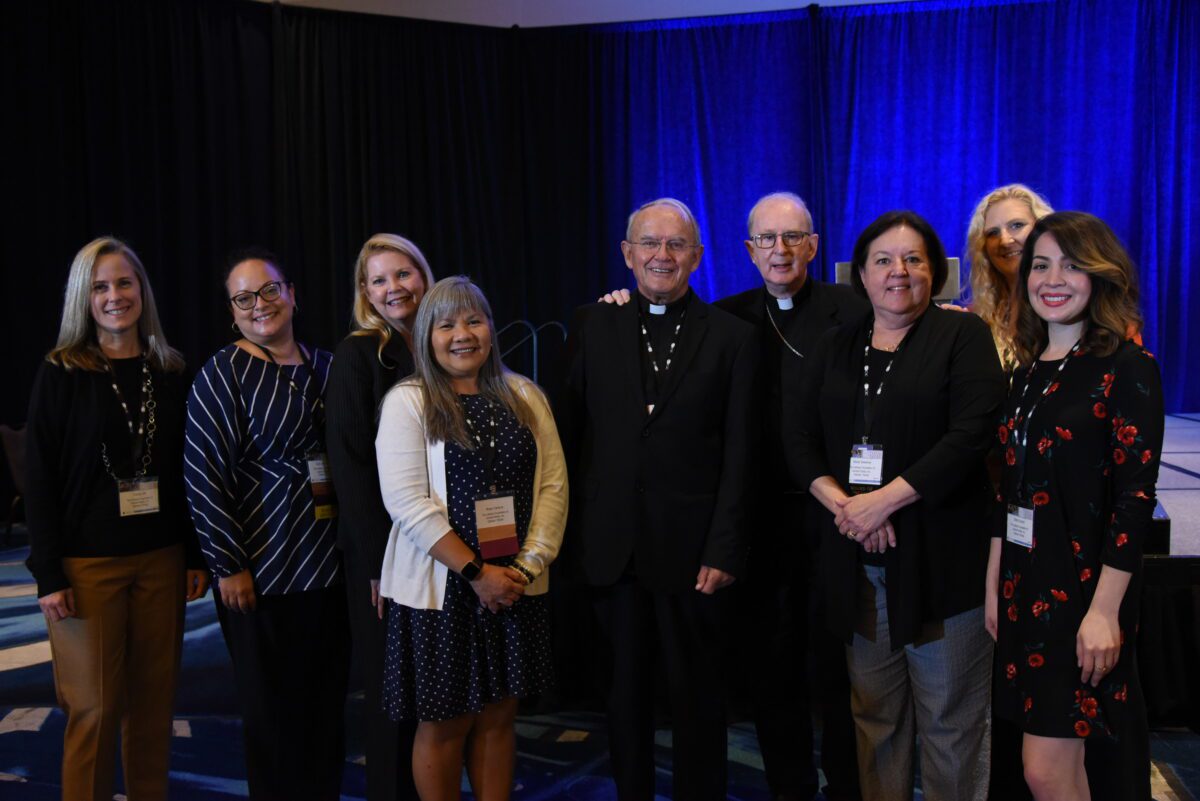 This ICSC Christian Stewardship Award is presented annually to honor individuals or organizations for their unique and extraordinary witness to Christian stewardship as a way of life. Monsignor Sheedy’s priestly ministry spans 60 years, 33 of them at Blessed Trinity Parish. The pastor, who grew up on a farm in Ireland, the fourth of 12 children, compared his parish’s works of stewardship to farming. “Stewardship to us was teamwork… God always placed me in situations where it was natural to find God,” he said. Noting the award was “a total surprise”, he added stewardship is second nature. “Everything flows from God.”

Under his pastoral leadership, participation at Mass grew, adult faith formation and Catholic education programs soared, and Perpetual Adoration flourished. Ministry to the poor, the elderly, the imprisoned and refugees are a hallmark of his life. Monsignor Sheedy established La Guadalupana Mission medical and dental clinic for the local migrant workers. He was also instrumental in founding Trinity Catholic High School. Still his love for others reached overseas. The parish helped build 30 Catholic churches and 17 Catholic schools in Uganda.

The Catholic Foundation of Central Florida also received three awards this year: Excellence Award for Total Foundation Effort, Excellence Award for Total Planned Giving, and Honorable Mention for Total Annual Appeal. Marta Sweeney, vice president of The Foundation said, “These awards highlight our collaborative team efforts as well as our harmonization with our partners, especially the Secretariat of Communications with their production of the Annual Appeal video. It is an honor to be recognized by our international peers and a privilege to serve our Bishop and the Diocese of Orlando.”