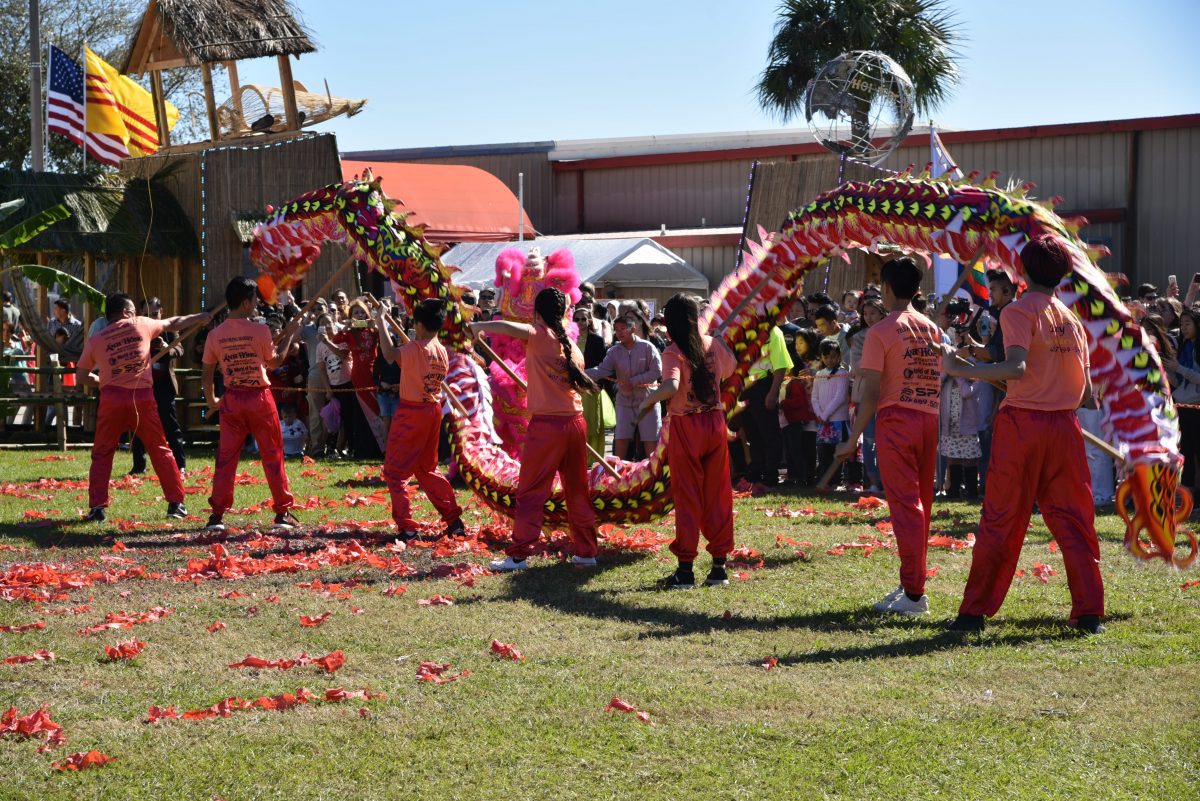 ORLANDO | Dragons, lions, and thousands of faithful Catholics recently packed the Central Florida Fairgrounds. The sea of rare sights, sounds and smells is the wondrous celebration of the Vietnamese Lunar New Year hosted by St. Philip Phan Van Minh Parish. More than 10,000 people flooded the event to pray for peace, harmony, prosperity and to remember their ancestors. 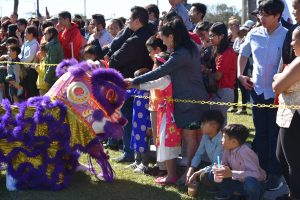 Dominick Dien Chu, chairman of the parish’s pastoral council, remembers when the festival first began 28 years ago. Fewer than one thousand guests showed up to St. Charles Borromeo’s parish hall. By 2003, he said so many people attended they had to move to the fairgrounds and expand the celebration to two days.

Chu is determined to keep Vietnamese culture alive for younger generations. He was just 18 years old when he left Saigon after the communist take-over. He fled to a refugee camp in Indonesia with his younger brother, leaving six more siblings and his parents behind. They eventually joined him, but their departure was more than a fight for freedom. It was a mission to preserve everything they loved. His entire family now attends the festival each year to give thanks to God. 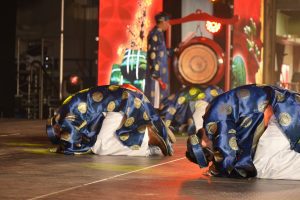 At the opening ceremonies, the commemoration of the ancestors told the story of how Vietnam became a country and honored those who died defending it. Gongs banged and a cantor chanted. Four men came forward to pray and light flames to remember those lost.

“The message we want to share with all the Vietnamese children, who were born and grew up in the United States, is to remember their origin,” Chu said. “They are Vietnamese, but they don’t know anything about Vietnam. So we try to maintain the traditions, language, music, and food… This way they can mix with the American culture, but know where they come from.” 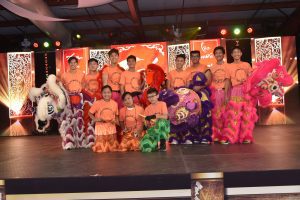 Thuy Nguyen, from St. Matthew Parish in Winter Haven, also loves the event. “The tradition and culture are part of my life,” she said while tending her booth. “To start the New Year in a perfect way, I went to Mass at St. Philip Phan Van Minh.” Other vendors participated in the tradition of Lixi, where wishes of good luck are spread in red envelopes filled with seeds, money or Scripture.

“We are all different people,” explained Chu. “Here we can show everyone how beautiful our culture is and that we are part of America. How thankful we are for that.” 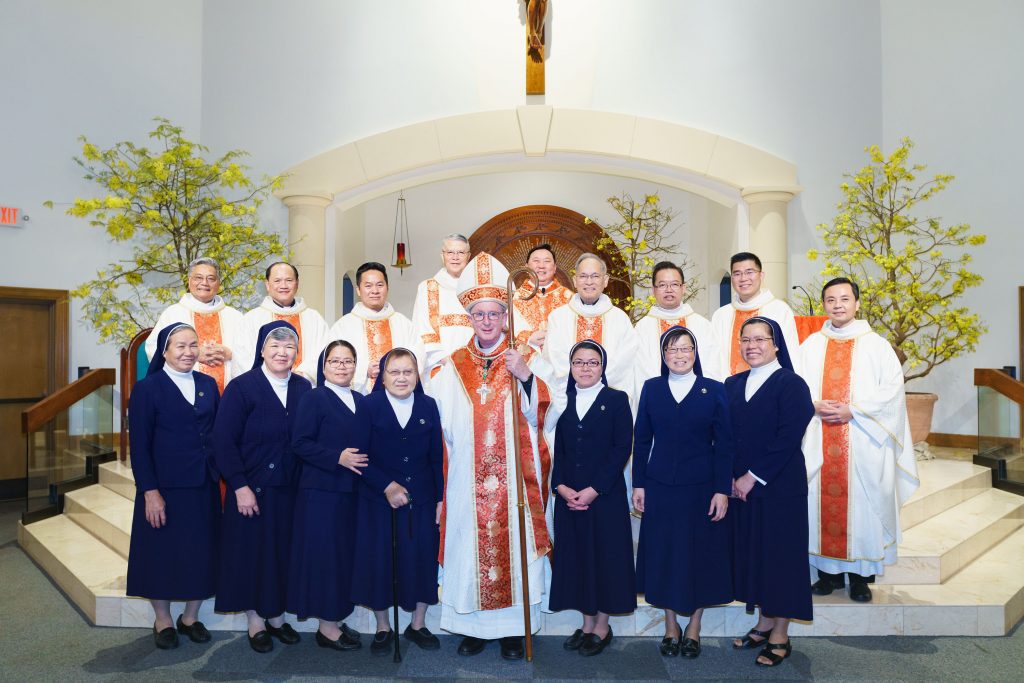 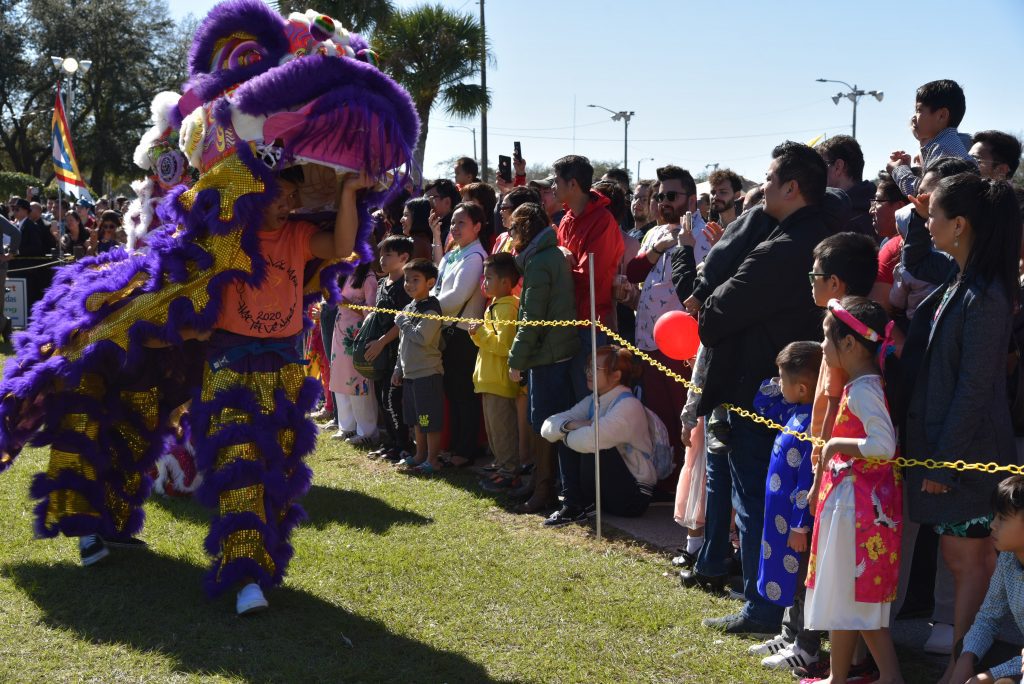 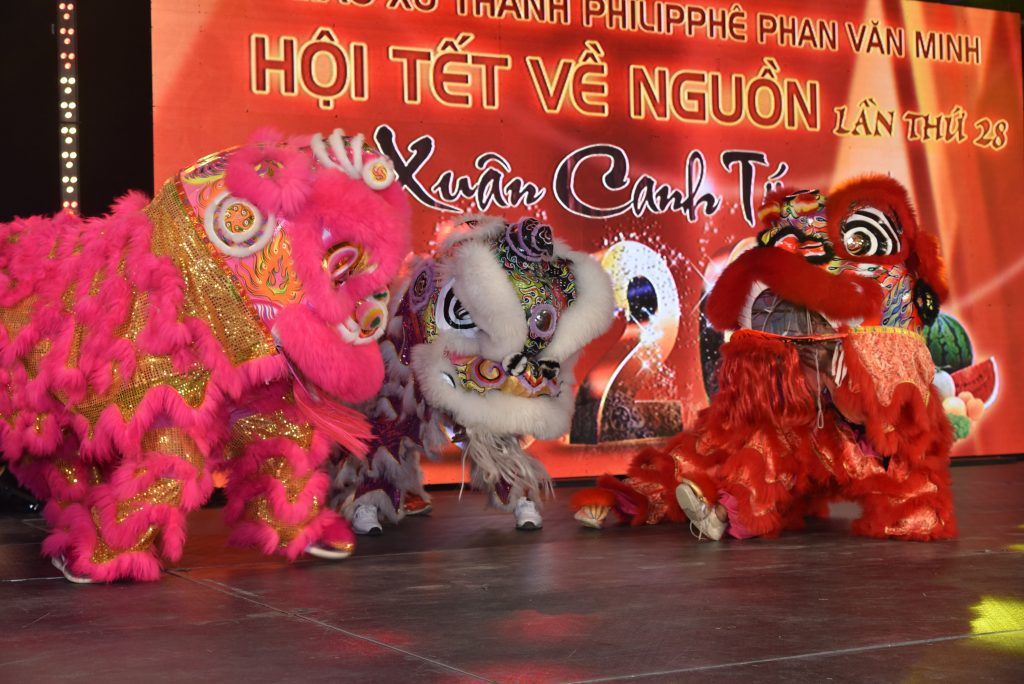 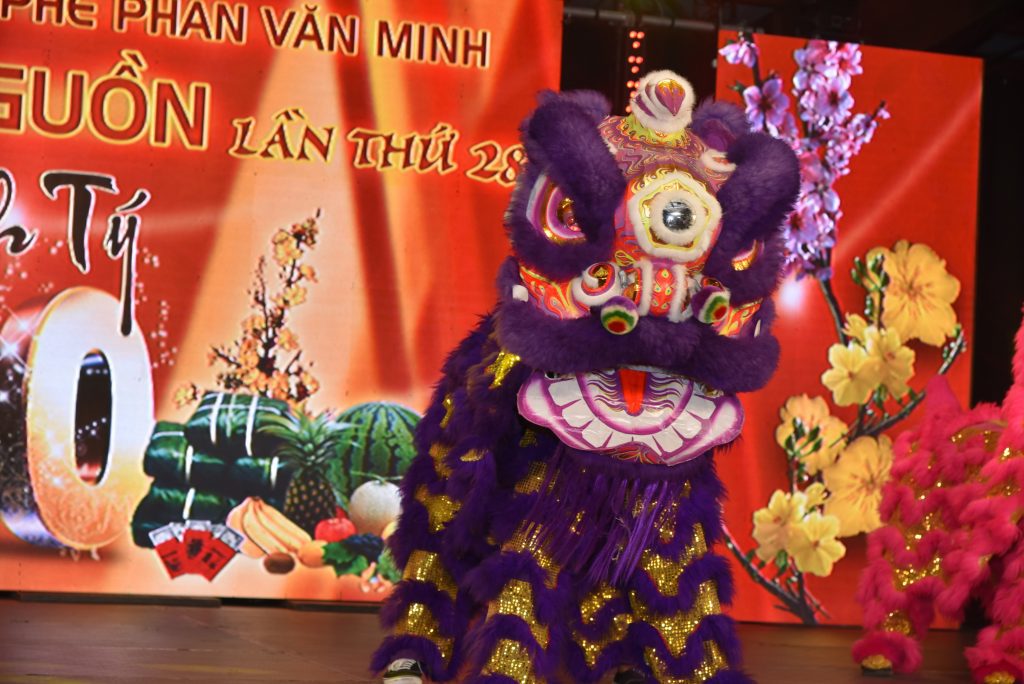 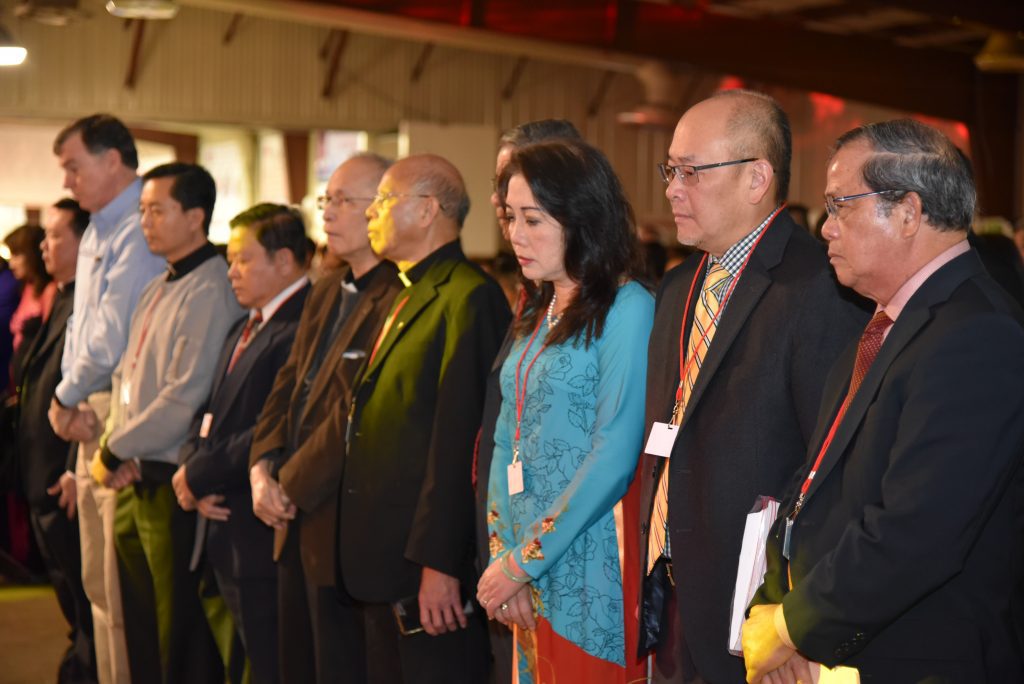 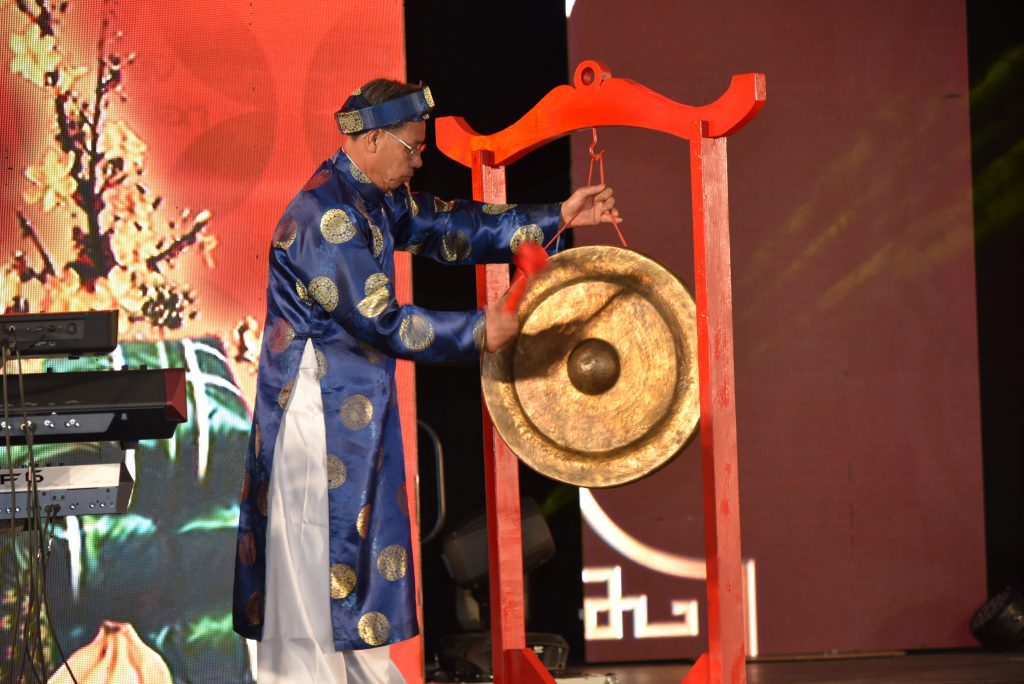 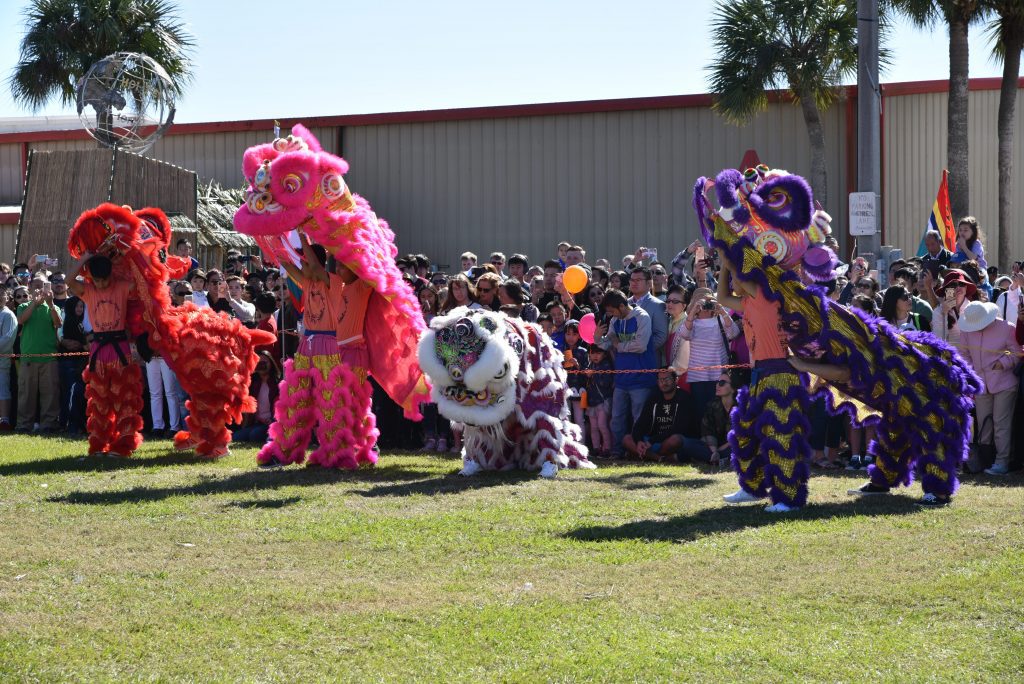 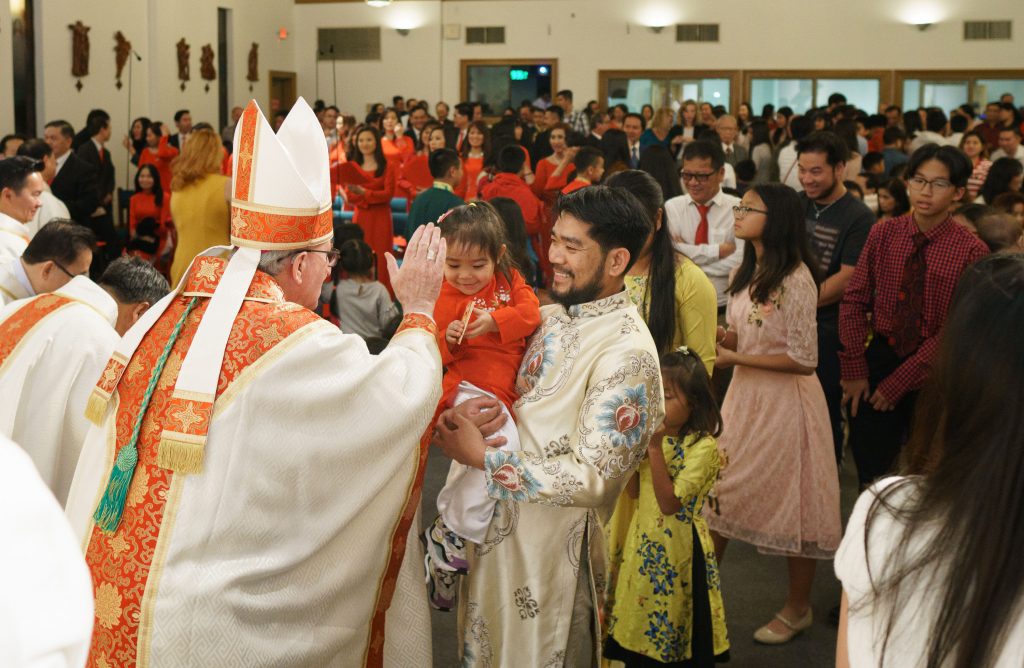 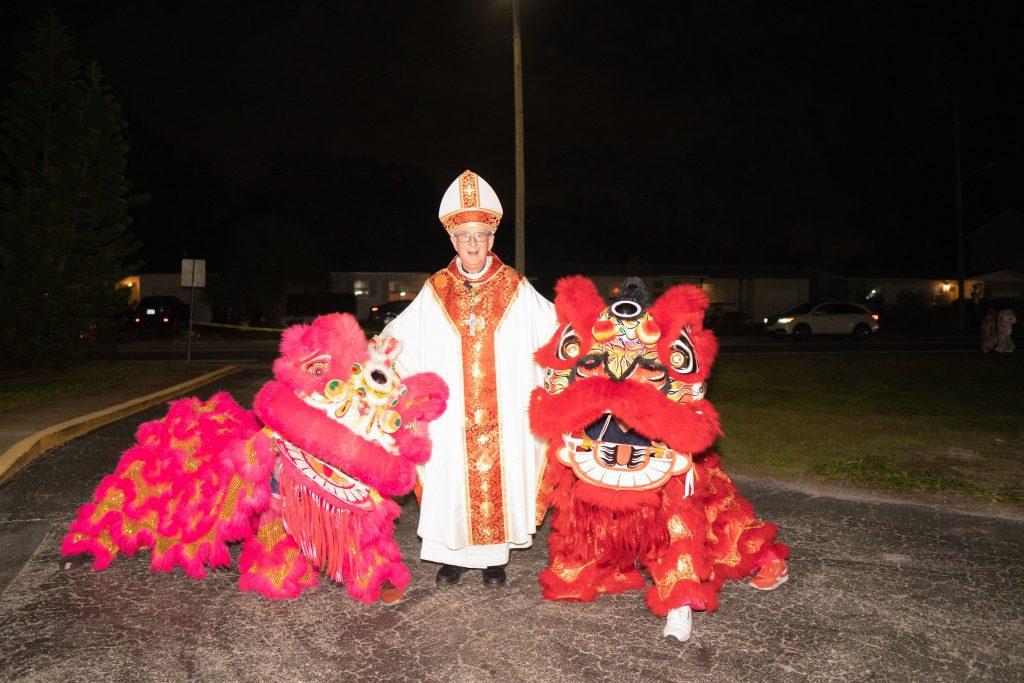 By Glenda Meekins of the Florida Catholic January 29, 2020