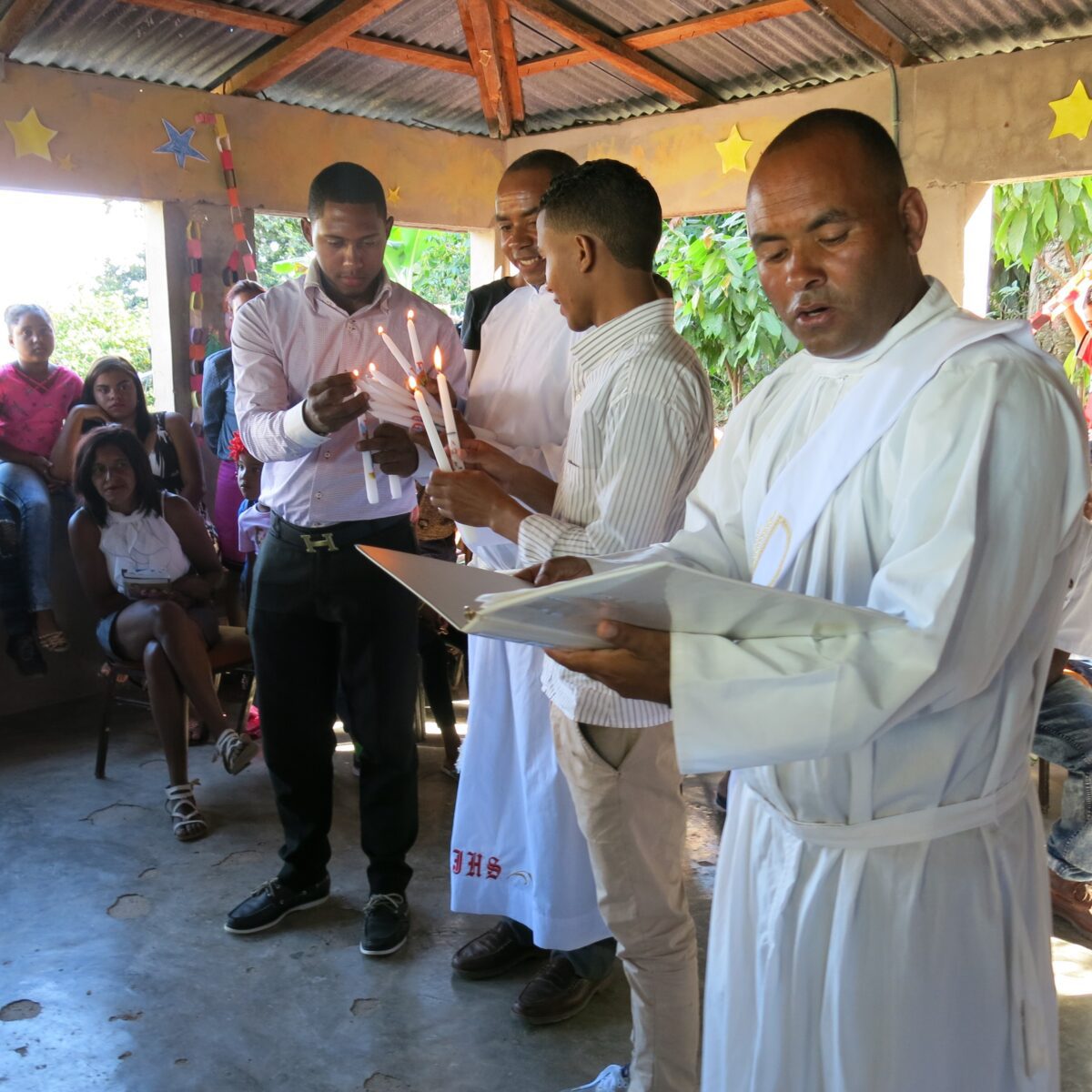 DOMINICAN REPUBLIC | Influenced by priests serving in the Sister Diocese of San Juan de la Maguana in the Dominican Republic for the last 30 years, cousins Wandy and Junior Brioso Delgado share their vocation and path to the priesthood. Their story is one that speaks to the fullness and power of faith and evangelization.

Wandy, a seminarian in his pastoral year, recalls when Diocese of Orlando missioners came to Los Montacitos where he grew up. “Since I was a child, I always identified with the service of the Church. I was always close to the Church – in each celebration, in choir, catechist,” he said. He noted Father Hilario Rivera as “one of the first priests who instructed and motivated” him. “I also met Father Fred Ruse, who helped me get excited about the life of a priest. I fell in love with the process of getting closer to God.” Father Ruse, now retired, was a mission priest in the Dominican Republic for nearly 30 years.

Wandy entered the seminary at age of 14. “It’s no secret that I was very young and there were things I did not understand at the time,” he said. Now, seven years into his formation, he remains committed, convinced of his vocation.

Junior’s story is a similar one. Growing up in La Cucarita, the mission’s “home base” his mother, Julissa, was one of the first teachers in the birthing days of the mission schools in Las Lomas. His uncle, Nilson Delgado, would eventually become a deacon, another fruit of the mission work done in the remote mountain villages. He and his family participated in the mission housing project. According to Father Ruse, he “worked alongside many other families in the interest of developing their community and establishing better housing for many.”

Junior remembers traveling with Father Ruse to the different villages, assisting in the celebration of Mass. “Father Fred encouraged me to do more in the Church and draw closer to Godly things. In that time, I always participated in Mass, but not with the commitment I needed. He helped me in my discernment and saw a young man, an altar boy who enjoyed serving and doing the things of God.” 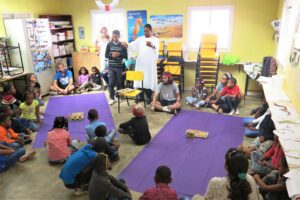 “Both young men have grown up within the sphere of our mission accompaniment these past many years,” Father Ruse noted. Integrally involved in many of the mission projects, Father Ruse noted Wandy grew up in the chapel in Los Montacitos, “within the influence of Deacon Yadil Díaz, who is from that community.” Deacon Díaz and Deacon Delgado are also witnesses of the mission’s evangelization efforts. Both Wandy and Junior accompany Deacon Carlos Sola -who has helped in the Dominican deacons’ formation – and Father Ruse whenever they are in the mountains engaged in pastoral activities. Wandy and Junior also serve annually in the mission’s vacation bible school, “Campo de Fe” (Faith Camp).

In an interview with the cousins, Deacon Sola shared Bishop John Noonan’s idea of the diaconate. “Bishop Noonan insists deacons serve our entire neighborhood, the entire holy people of God, beyond the parish,” he said. He asked the seminarians what they thought about this.

“I find joy in that, when one serves the People of God, one approaches it joyfully,” Junior said. He said that joy sustains him. “I think the joy and rejoicing one feels comes from Jesus Christ, who gives us each day the strength and enthusiasm to follow Him and continue to evangelize His people as well as the joy that comes from the People of God.”

Wandy is serving the nine villages of Las Lomas under the guidance of Deacon Sola and Father Ruse, said, “Wherever I am sent, I want to plant seeds of faith, whether you are Christian or not, believer or not. I want to open myself to the service of all.”

Ursuline Sister Bernadette “Bernie” Mackay added, “Over the years, I have watched Junior grow up in La Cucarita and Wandy in Los Montacitos. It is exciting to see two of our young men advancing year by year closer to Ordination to the Priesthood. These young men have grown up in our mountain villages and they are the first to have made it this far in their training. It will be a moment of blessing to have them say their first Mass in our little chapels in the Lomas.”

By Glenda Meekins of the Florida Catholic Staff, March 24, 2022