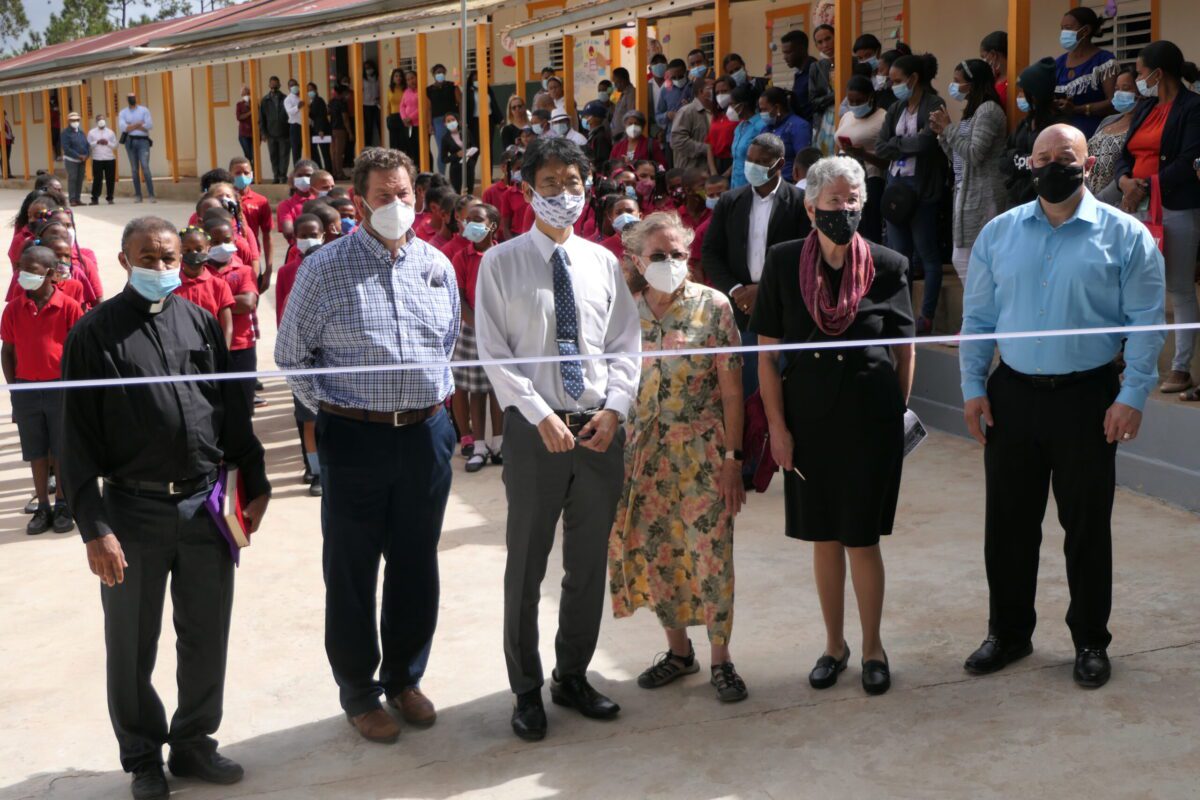 DIOCESE OF SAN JUAN DE LA MAGUANA| Tucked in a tiny village on the top of a mountain in our sister diocese in the Dominican Republic, a new sports complex is ready for children to shoot hoops and families to break bread. This massive arena in Los Frios has been a dream of both villagers and missioners for years and it became reality with donations from across the globe.

The Ruckstuhl Foundation and the Japanese embassy came through with another big gift. Marie Ruckstuhl and Japanese ambassador Takagi Masahiro arrived for the big unveiling December 10th. Students prepared well for the party, learning Japanese customs and weaving them into their performance of gratitude.

Among the crowd were Ursuline Sister Bernie Mackay, director of the Mission Office of the Diocese of Orlando, and Superintendent of Catholic Schools, Henry Fortier. 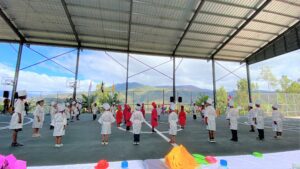 “[Ambassador Takagi Masahiro] said this was by far the best ceremony he has seen,” said Fortier. “The teachers and students memorized an incredible amount of information about Japan. Each grade level did different things related to agriculture, commerce… They learned a lot in the process out of respect for the Japanese community who gave them this opportunity.”

The Ruckstuhl Foundation has been committed to development in the mountains for years, providing funds to build nearly 40 homes in La Cueva and to bring running water to the village. The partnership between east and west began nearly a decade ago. 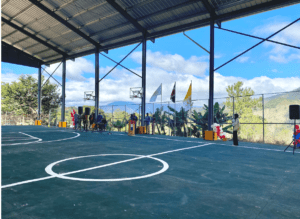 “When we originally developed the land behind the middle school, Centro Educativo San Maximilian Kolbe, that was the first grant we received from the Japanese Embassy in 2013,” said Fortier. “That allowed us to build three new buildings and multiple classrooms because the school was expanding. The dream at the time was to have some type of area where students could play and have, by American standards, a normal school experience. They could engage in activities and live a healthier life.”

The new arena is now ready for sports and socializing. 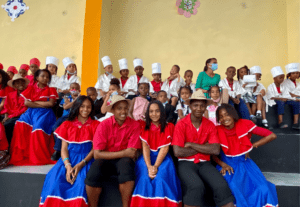 “There’s really nowhere else other than just meeting in the street where an entire community or region can come together, so it’s a gathering space as well,” explained Fortier, beaming with pride over the project. “When you drive up into the mountains and come upon this building, there’s nothing like it… The closest thing you’ll see is down in the city in San Juan de la Maguana where they have their big university. This rivals that and the quality is really amazing. It affirms the dignity of these mountain kids made in the image and likeness of God.”

By Lana Kaczmarek, Special to the Florida Catholic, December 15, 2021