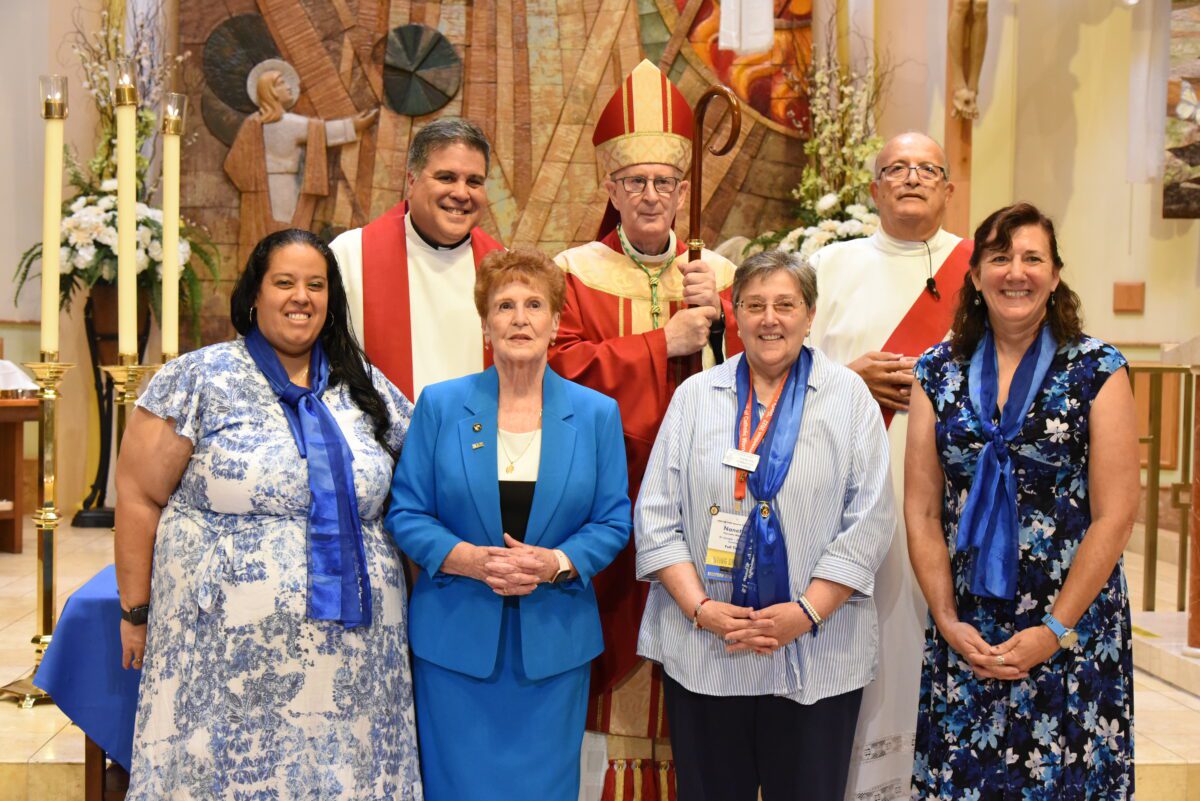 This year’s theme, “God’s love for all”, was felt by longtime members and new ones. First timer, Tammy Osborne, was encouraged to attend by her parish priest, Father John Giel. The St. Stephen parishioner noted how welcome she felt as women introduced her to others in the community and offered information and ideas on how to begin and grow the new affiliate. Attending with a fellow parishioner, she said, “We are here to learn everything we absolutely can. We are looking forward to what we can do as a Council of Catholic Women at Saint Stephen’s.

The CCW’s goal is to empower women in “spirituality, leadership, and service”. Spirituality was the focus of this year’s convention, April 23-25. Embracing the theme, “God’s love for all,” guest speaker, Deacon Dave Camous, director of the Permanent Diaconate for the diocese, shared his experiences of serving on a cruise ship as a new employee trainer and human resources officer. He said, “Everything I learned about God’s love I came to understand while working on a cruise ship.”

Responding to the burst of laughter from the crowd, he explained the staff often encompassed citizens from more than 60 countries, away from family, living in close quarters for months at a time. Although it appeared to be the perfect recipe for chaos, instead, “they were able to live and coexist at levels of harmony far beyond the rest of the world,” he noted. “Despite different life histories and life experiences, they were fundamentally the same. There is infinitely more that is similar than that which divides us.”

As Catholic women, they too share this common thread. They are bound together by Jesus’ foundational teaching, “Love one another as I have loved you,” Deacon Camous quoted from Jn 13:34. “If we truly embrace the radical words of this conference, God‘s love for all of us, we are challenged to leave here today asking ourselves if we truly live the call of a follower of Jesus Christ.”

“God knows my sinful nature, but refuses to identify me by those sins. Despite my failures, my brokenness, despite my sin God calls me back to Him by name. He calls me what He calls every one of us, beloved.”

He challenged the women to be like the staff aboard the cruise ship, open to one another, loving one another, even those who challenge them the most. If they can do it, “It will change the world,” he said noting change may happen slowly, “but our mission is to never stop working for that change.”

Nearing the conclusion of the convention, all gathered along with Bishop John Noonan and more than a dozen more clergy at St. Mary Magdalen Parish to participate in celebration of the Mass. There Bishop Noonan and Father González installed the new leadership. Outgoing president, Virginia Hagan, lit a blue candle from which treasurer, Vilma Barrett, recording secretary, Nanette Parratto-Wagner, executive officer, Kim Kendall, and new president, Lisa Marie Gill, lit theirs. Hagan noted, stepping down was bittersweet. Although she has no sisters of her own, she said “these women are my sisters”. It is that bond which unifies these women, and their faith which emboldens them to do Christ’s work in the world.

By Glenda Meekins of the Florida Catholic Staff, April 27, 2022