Ordained to priesthood in the Missionaries of Faith 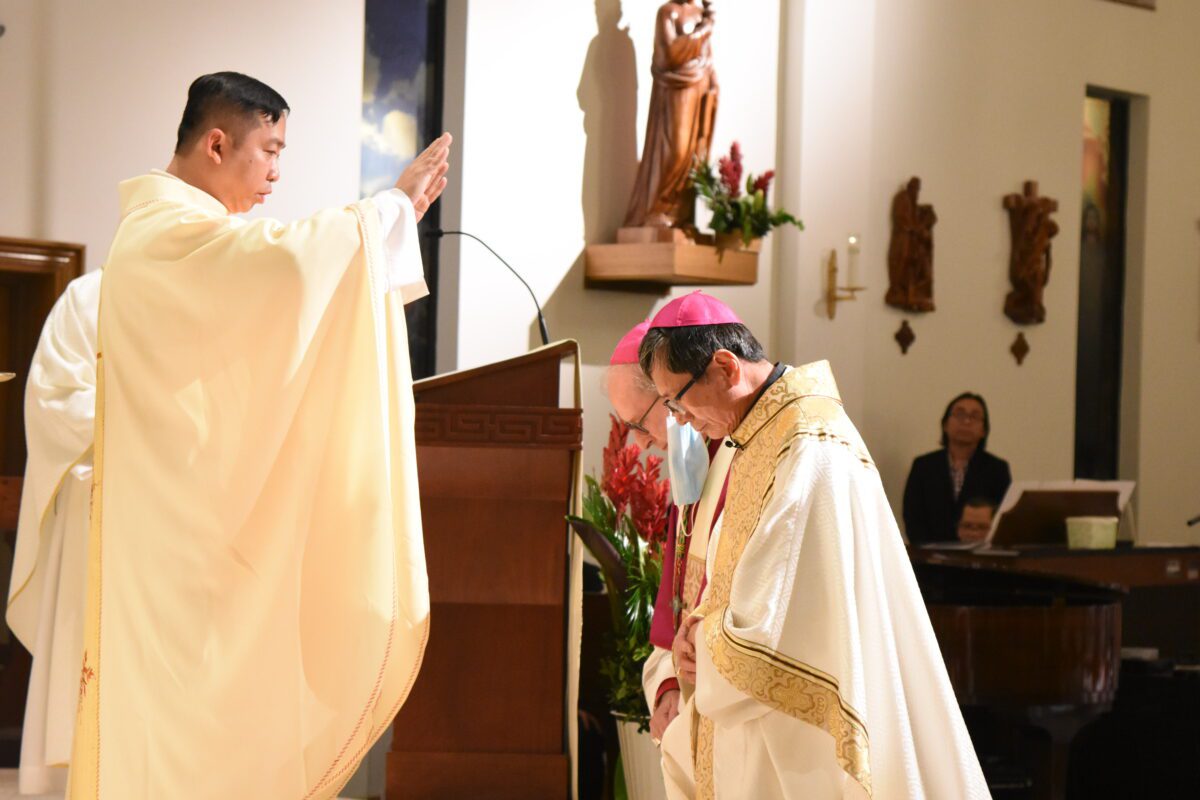 ORLANDO | Hai Du Truong Nguyen began his journey to the priesthood in the Missionaries of Faith in Vietnam. Although serving in Texas, he came to Orlando for his ordination at St. Philip Phan Van Minh, Jan. 12, his parents’ parish.

Within a few months, he was sent to assist at St. Philip Phan Van Minh Parish where he could help care for his father who had become very ill. Upon his father’s recovery, he rejoined his community in Texas, serving in the Diocese of Austin at both St. Mary Parish in Bremond and St. Francis Parish in Franklin. He officially became part of the North American delegation in 2020. Soon after he began preparation for Ordination to the Order of Priest.

His parents were grateful Father Celso, Yu, MF, Superior of the North American Delegation of the Missionaries of Faith, granted the ordination be at their home parish of St. Philip Phan Van Minh as most of their relatives live in Orlando. His mother noted, “It is a great blessing for us and for the parish. We believe, through this wonderful celebration, parents can experience the grace of the priesthood and will encourage their children to pray for vocations.”

His father added, “We also hope that this celebration will instill in the young people (the desire) to respond to God’s call to the priesthood and religious life. Our family feels blessed at the tremendous grace that God has poured out on our family. We are joyful and thankful to God forever.”

Father Nguyen expressed his exultant joy and acknowledged the realization of his responsibilities as priest made him “a bit nervous”. He noted, “With the grace of God and the intercession of the Blessed Virgin Mary, our Mother, I will fulfill the responsibilities with the best of my abilities.”

As a Missionary of Faith, he pledges to entrust himself “in the love and the providence of the Lord God,” hoping to bring the Gospel to all people. “I will go to wherever God wants me to go, of course, at the direction of my superiors.”

By Glenda Meekins of the Florida Catholic Staff, January 13, 2022