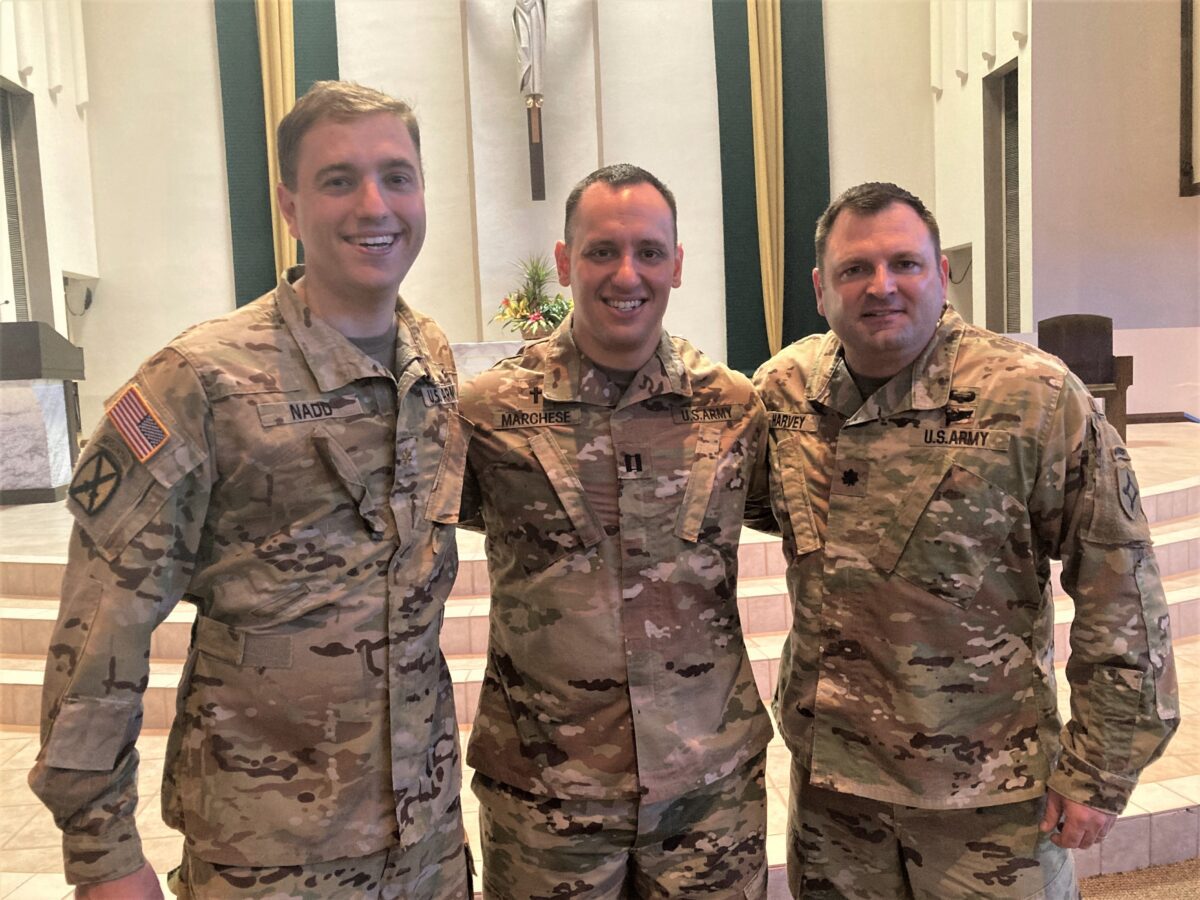 Lt. Col. Jeff Harvey, a parishioner of the Winter Park parish, promoted Father Marchese and spoke of the great weight Army chaplains carry during the pinning ceremony on Veterans Day.

“Chaplains are really important in the military,” said Lt. Col. Harvey. “You have only about one for every three to 700 soldiers. That’s quite a lot of people to minister to. Soldiers rely on chaplains for spiritual guidance. They rely on them to remind [them] that there’s still good and there’s still is a God when some literally have to walk through the valley of the shadow of death.”

Although he received the orders one month ago, Father Marchese decided to share the special moment with his Catholic school students.

“For a lot of them, they were able to see ‘Oh Father Adam is in the military, this is happening right now. And not just that he’s in the military, but he’s advancing in the military. There was a seventh grader who said it was his favorite Mass ever,” Father Marchese said. “Other parents said that their kids told them they were crying during the promotion. It meant something to them. My hope is that maybe it’ll inspire some future vocations and maybe some military chaplains.”

Although he will not report for active duty until the summer of 2023, Father Marchese is already cherishing the fruits of his vocation, bonding with many soldiers, even those who don’t identify with any religion.

“What’s kind of unique is when the chaplain walks into the room, the whole attitude in the room changes,” he said. “Soldiers in my unit always joke that no one can be mad at the chaplain. That’s kind of the gift of the chaplaincy. In a matter of seconds after just meeting a soldier, they’ll tell me their life story. They feel comfortable being able to say what’s on their heart.”

By Lana Kaczmarek, Special to the Florida Catholic, November 17, 2021