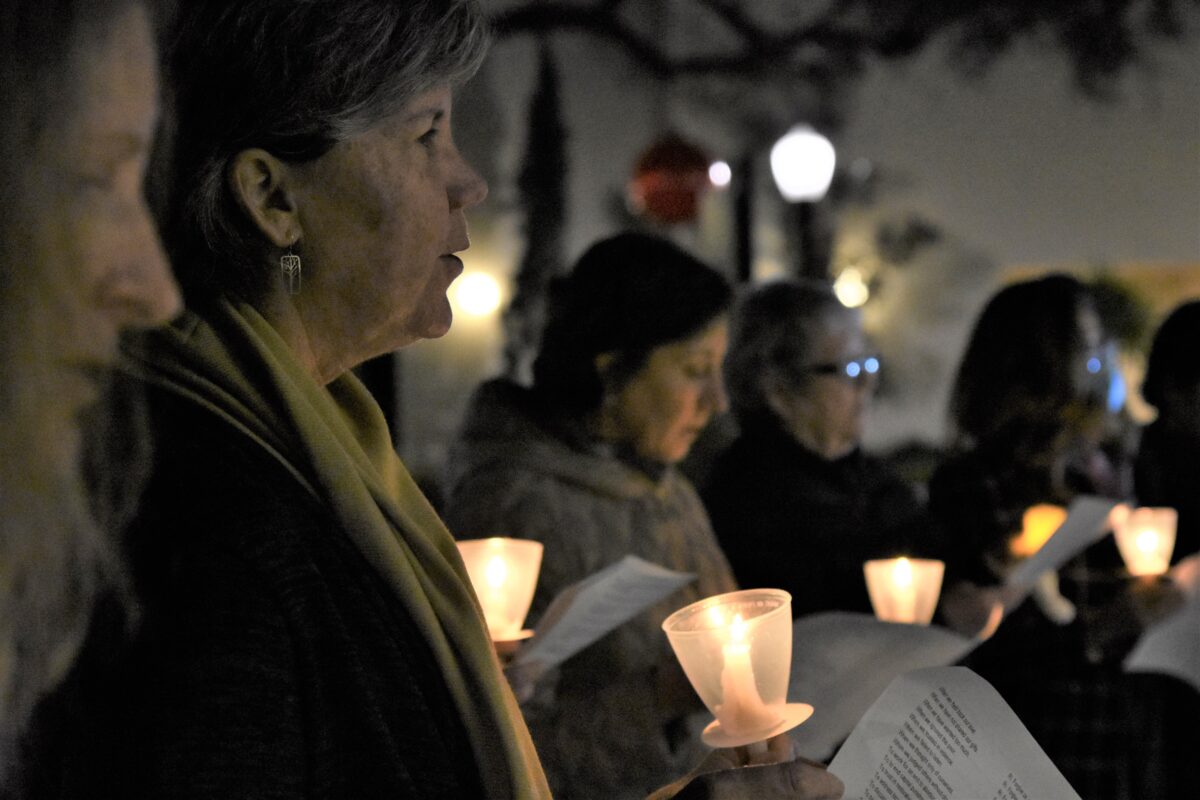 WINTER PARK | It is dusk as a small crowd from the Peace and Justice Ministry at St. Margaret Mary Parish gather in the parish courtyard. Before moving to a more prominent location on Park Ave., the main road through scenic Winter Park, the group prays to raise awareness for the abolition of the death penalty. It’s part of a campaign to promote a culture of life around the world.

Meghan Collins has been coordinating the Cities for Life vigil for four years. She drew the event outside church doors to capture the interest of people passing by. “We have such a strong call to really work tirelessly for the abolition of the death penalty,” she said. “I think it is important that our witness not only be private and interior, but in public spaces and places.”

The event website that gathers the faithful across the globe provides many reasons for an end to capital punishment including the sacredness of life, the unfair effects on innocent people and minorities, and the false perception that revenge can extinguish pain. All points Pope Francis agrees with. In his 2020 encyclical Fratelli Tutti, the pope said, “The firm rejection of the death penalty shows to what extent it is possible to recognize the inalienable dignity of every human being and to accept that he or she has a place in this universe.”

Florida is second only to California with 324 inmates on death row, three of them women. Since 1973, 30 people have been exonerated in Florida, the highest in the nation. Of those, 75% are people of color.

Missionary of Mercy, Father Anthony Aarons, was present for the vigil. He noted Catholics are called to practice a Corporal Works of Mercy, including praying for the imprisoned.

To learn more about Cities for Life visit: https://nodeathpenalty.santegidio.org/

View the Cities for Life vigil on Facebook Live.

By Glenda Meekins of the Florida Catholic, December 09, 2021