Record number in diocese participate in Catholic Days at the Capitol 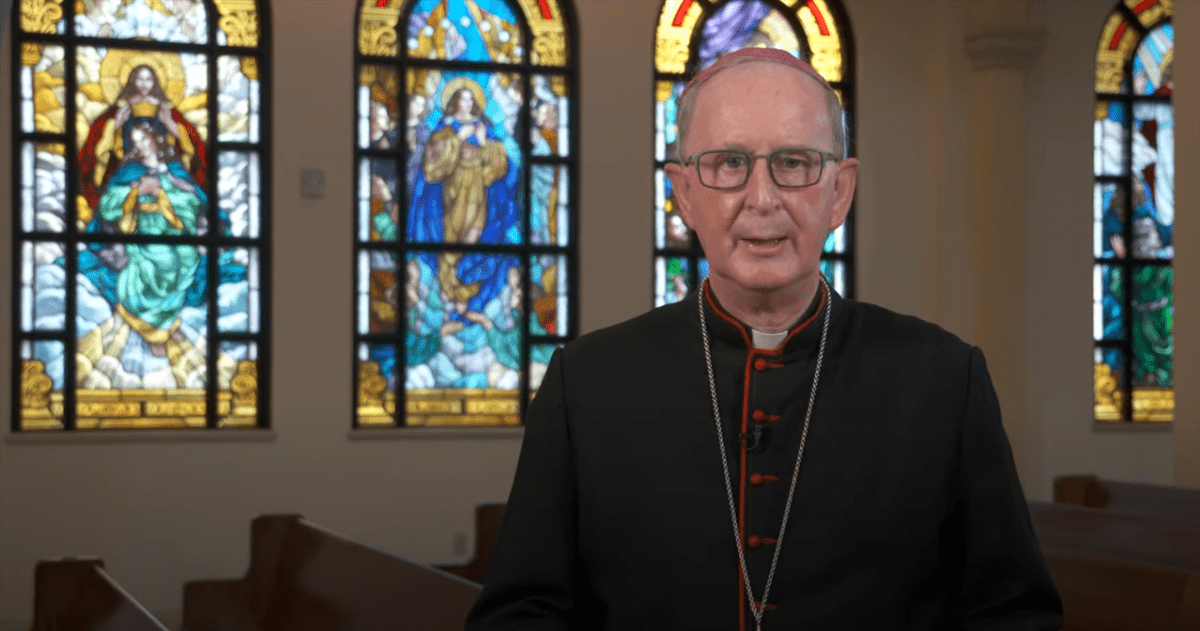 ORLANDO | More than 90 Catholics from the Diocese of Orlando participated in Catholic Days at the Capitol, Feb. 2-3, representing more registrants than any other diocese in the state. Seventy-one of those attended for the first time. Director of the Culture of Life Office at Catholic Charities of Central Florida (CCCF), Leidy Rivas, has a few ideas why.

Last year the diocese had 35 CDAC participants. Eleven were first timers. This year, she and CCCF president Gary Tester sent out letters to every ministry and parish in the diocese, encouraging them to attend the virtual conference.

Rivas said virtual participation increased attendance. Several registrants told her it gave them “a chance to understand what the process is.” She said, because videos could be viewed “on their own time, it really opened those doors, to understand the information and how the process works.” Savings in travel costs and hotel accommodations was another factor.

“Being virtual allowed a lot of participants to use it as an educational tool,” she added, like Sherrie Alderman’s Catholic Relief Services (CRS) Club at Bishop Moore Catholic High School in Orlando. Alderman attended CDAC in the 1980s. When she received the invitation from Catholic Charities, she saw an opportunity to help her leadership team understand how government works. The club is in its first year and members will be doing training in advocacy. She thought, “why not get them involved here locally, in the state?” They discussed issues after viewing sessions and look forward to meeting legislators later this month. Due to time constraints, she is spacing out remaining sessions, something previously impossible.

Michele Taylor, associate director for communications for the Florida Conference of Catholic Bishops (FCCB), which hosts the event, said they saw going virtual “as an opportunity to get younger people involved.” Had it not been a COVID year, she acknowledges doing a virtual version was not on the radar. “With COVID, we’re getting more familiar with the streaming and its capabilities… Now knowing there is value in it, we’re willing to invest efforts in that.”

She said the FCCB hoped they would get more working people and stay-at-home mothers who otherwise could not participate and noted a virtual option also facilitated attendance for older people challenged by all the walking required in-person.

Pre-recorded sessions of each of the four bills supported by the FCCB, presented by speakers are available online. “There are still more people who will be participating and engaging,” said Taylor, merely because of the extended access of recorded sessions. Roughly 300 people participated this year. Some videos have more than 500 views and are climbing.

Seminarian Angel García attended virtually as part of his pastoral year assignments. The Diocese of Orlando is the only diocese in the state that requires seminarians to attend CDAC to better assist parishioners as future priests. He acknowledged he was disappointed the trip to Tallahassee was cancelled, but found benefits from the online option. “I really enjoyed listening to some of the bills on respect life. I didn’t know what to expect. I imagine being there in person would be a much different experience,” he said.

Virginia Hagan, president of the Diocesan Council of Catholic Women and parishioner at All Souls Parish in Sanford agreed. She said, “(This year) was truly a totally different experience. Going in person is much more the feeling of a group effort. (Virtually) you’re by yourself looking at the computer.” However, she quickly noted the benefits. She found it easy to ask questions via chat and loved seeing speakers up close, rather than across a crowd from the back of a room. She also felt it offered an opportunity for more newcomers.

Hagan said she would welcome a hybrid event because celebrating the Red Mass in person “is so spiritual.” Noting all Florida bishops are there along with many of the representatives and their families, she added, “It is such a high point.” She also recalled the first time she went and how impressed she was to visit the legislature. “The legislators stood up and clapped in appreciation of all those in red, their constituents, for being involved in government through their faith.”

Whether virtual, in-person, or hybrid, Rivas says the event is important. “We all take a huge role in living out Catholic Social Teaching,” she said. “(CDAC) gives us an opportunity to grow in our faith and learn what our Catholic faith teaches us.” That includes conveying Catholic beliefs “to district representatives who may or may not be Catholic,” she said. “That is very important … We’ll build better relationships that way.”

To view all legislative sessions and Catholic Days at the Capitol events, go to:  https://www.flaccb.org/cdac-participants.

By Glenda Meekins of the Florida Catholic, February 10, 2021