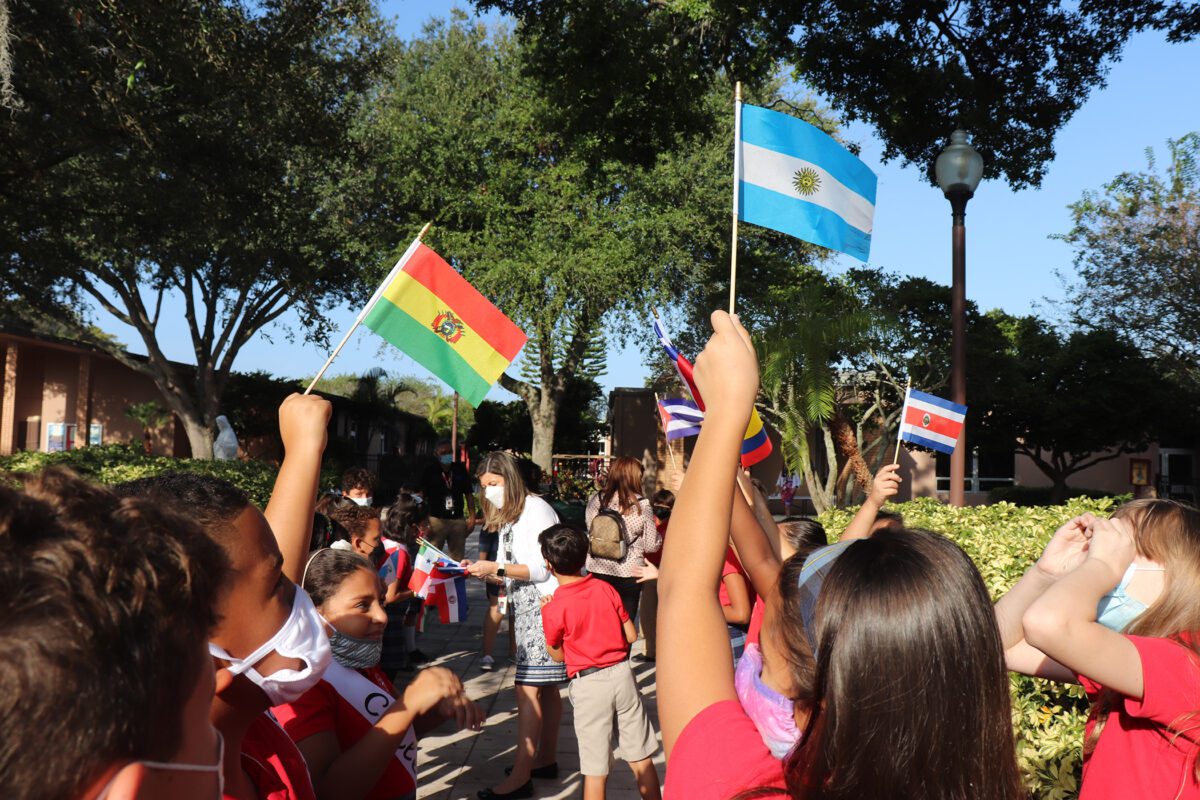 Orlando | September 15 to October 15 is National Hispanic Heritage Month, and schools throughout the Diocese of Orlando are recognizing the important contributions the Hispanic community brings to our Universal Church. This month is especially significant to St. John Vianney Catholic School, as students are immersed in the Hispanic culture as part of a two-way immersion program that provides classroom instruction using a dual-language model.

St. John Vianney is the only dual-language school in the diocese. As such, 50 percent of classroom instruction is taught in English and 50 percent in Spanish. The program began in the fall of 2017 with Pre-K 4, and each year another grade level is added, as the original class progresses through the grade levels. With the first class is now in third grade, Cathy Marshall, principal, anticipates the entire school will be bilingual by the 2026-2027 academic year.

On Oct. 8, the school community participated in the annual Heritage Day Mass, celebrated by Father Carlos Cabán. Thirteen of the 42 nations represented in the student body are Hispanic countries.

To celebrate, third-graders wore sashes bearing the names and flags of various Hispanic nations represented in the school. Students led the procession and served as readers during the celebration.

On behalf of the school community, Father Cabán and Principal Marshall thanked Henry Fortier, Secretary of Education and Superintendent of Catholic Schools, for his vision and commitment to a bilingual school in the diocese.

Fortier thanked the community and encouraged students to see God in each other, saying, “We are all equal in God’s eyes. All these countries are so different, but we are all the same family, God’s family. So when you look at each other and think of this year’s theme, ‘Made in the Image of God,’ and you think about how you cook your food, the music you listen to, the language you speak, the color of your eyes and hair, all that is an expression of how diverse God is because everyone is made in His image.”

By Linda Caldwell, Special to the Florida Catholic, October 13, 2021