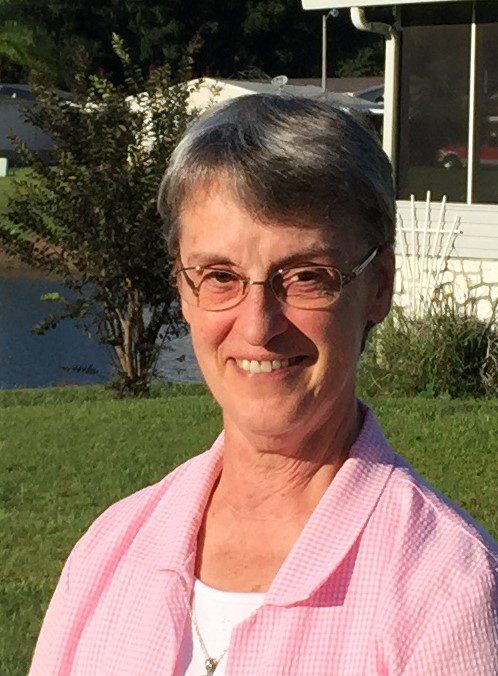 ORLANDO | Mary Schifferle was praying hard for a little sister. With two brothers already and her mother soon to give birth, she was begging God to send another girl to their family. She even had the name picked out – Susan. So, when her father entered the room with a big smile on his face and declared, “It’s a boy!”, she was more than a little upset.

“I was upset because I knew that God had heard my prayer and hadn’t answered it,” remembered Mary. “If I only had known then that I just had to wait a few years and I would be given, not just one sister, but 400!”

Mary Schifferle is now Sister Mary Schifferle of the Sisters of St. Francis of the Neumann Communities and she has been surrounded by sisters for the last 60 years. The seeds of her vocation were planted growing up in a Catholic family in Buffalo, New York. As a first-grader, she was taught by a Sister of St. Francis and she knew from that very early age that she wanted to follow in her teacher’s footsteps.

“I felt a call to serve as a Franciscan sister and primary teacher while in first grade because of the wonderful young smiling sister who taught me. She was very kind and attentive and I wished to be like her,” remembered Sister Schifferle.

Sister Schifferle would continue to be taught by the Sisters of St. Francis through her senior year of high school, and never once did she consider any other path. Immediately upon graduation, she became one of their number, officially joining the community in Williamsville, NY on September 8, 1961.

“Deep within my soul, I knew God was calling me to be a religious and I never wavered,” said Sister Schifferle. “Not that things weren’t difficult. Just like married life can be difficult, so can religious. But there is so much joy! Being a member of this community has been a huge blessing since I have grown in many ways with the help of so many sisters.”

Throughout these last 60 years, Sister Schifferle’s ministry has mostly been as a primary school teacher. She says she can thank her two younger brothers for preparing her well for that role. She has served in classrooms in the inner city of Buffalo, then Chicago and Greenville, SC before arriving at St. Paul Catholic School in Leesburg six years ago, where she now works as a teacher’s assistant for kindergarten through third grade. She did in fact, grow up to be like that first grade teacher who inspired her so much. But none of it could have been done without a calling from God.

“It has to be God’s calling to you. You can’t enter just because you like a sister.” Sister Schifferle advises any young woman discerning religious life, “Pray every day and ask what God wants you to do.”

“Of the 60 years spent in religious life, I have treasured the annual retreats, traveling with the sisters, and having wonderful companions for the journey of life,” reflected Sister Schifferle. “The greatest blessing is the deep joy, peace, and contentment I have experienced knowing that God totally loves me for who I am.”