Spatial spirituality: What does the Webb telescope reveal about God? 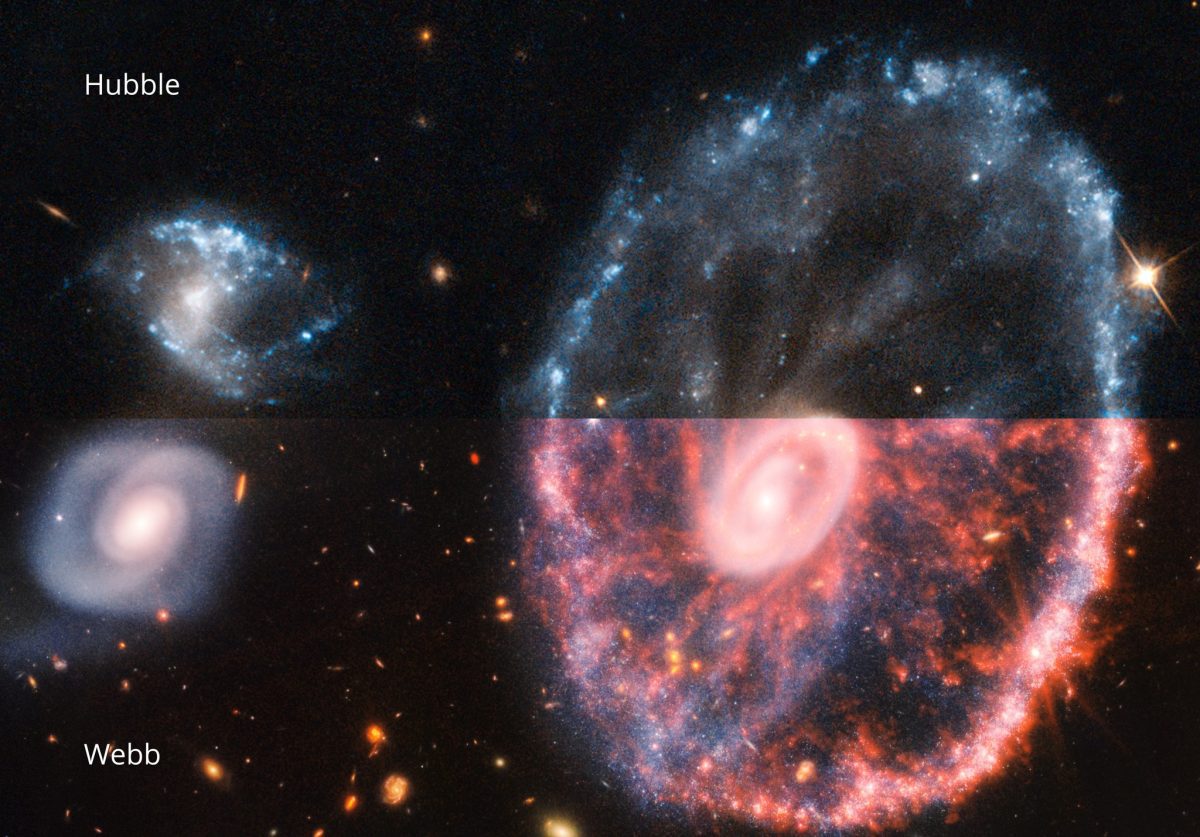 The Cartwheel Galaxy as seen from the Hubble Telescope (2018) and the James Webb Telescope (2022). (COURTESY OF NASA)

ORLANDO  |  Space. The final frontier. Or is it?

Since the start of space exploration, questions about God emerge, trying to fathom the vastness of a created universe.

Each photo snapped by the James Webb Telescope and the experts at NASA reveals goodness, beauty and the endless creativity and presence of our Creator.

He quickly discovered through mathematics and observation beyond just “taking a look.” He said physics helped him understand “a deeper reality” and appreciate it.

“I think God used my curiosity to draw me closer to understanding the world He’s created,” Father Scotchie said.

Father Scotchie spoke to the Florida Catholic and offered a distinct perspective on the theology brought to light with this new technology. Using an infrared lens to penetrate beyond the Hubble telescope’s (2018) capabilities, the Webb telescope offers a better look at far away planets and galaxies.

Laughing at his own response to the first images of the Cartwheel Galaxy, Father Scotchie said, “I must have been hungry, because when I saw it, I thought – a blueberry swirl bagel. It’s this big bagel that’s kind of dark and red. A 500 million-mile light years distant bagel. A galaxies-colliding bagel, but a bagel all the same. It’s beautiful.”

“The telescopes are showing us there’s always more than we thought,” Father Scotchie said, adding how telescopes from centuries ago debunked the belief the sun revolved around the earth. “It reveals not only more about creation, but about our Creator. As people of faith, we know that it is our Lord, God.”

The images peer into the history of creation, and attest that God is intelligible, making Himself known to us in many ways. Father Scotchie said putting creation and revelation through Scripture together, we see an incomprehensible God become one of us, vulnerable and fragile, crucified for love of humanity.

“We can look at His handy work and know things about God. That He wants us to flourish,” the pastor said. “It adds to what we know God has shown us, and what we’ve read through the Scriptures. God is humble. God who made these billion galaxies and billion, billion stars. All these amazing things.”

Recently at St. Meinrad’s Archabbey in Indiana, Father Scotchie met Benedictine Father Harry Hagen, a composer of many songs found in our hymnals. During Mass, they sang a composition inspired by the telescope’s images. Lyrics of the first verse read: “The heavens by your Word were made, some billion galaxies, whose fiery mass times light by light explodes as energy. When first you spoke, you struck the spark that loosed this majesty: a billion, billion racing stars against the dark set free.” The words conjure recollections of Star Trek episodes and sci-fi films.

Father Scotchie said they might not be words normally heard in church “yet, they belong there … because that’s who our God is, what God has made, and has shown us about Himself as part of His creation, just like anything else that belongs to and often craves God.”

Still, the reality is many people look at the images and see only scientific data, measurements, and mathematics. How does one explain the presence of God to those fellow brothers and sisters?

“But that leads us to ask, what makes things go? How do we determine what’s true? How does this draw us towards love?” he continued. “I think it’s a great way to start a good conversation between faith and reason, because the two go together. Faith builds on reason, and faith builds on nature because they’re all made by God.”

The Season of Creation, established by Pope Francis begins Sept. 1, on the World Day of Prayer for Creation, and culminates Oct. 4, the feast day of St. Francis of Assisi, a champion for the environment, animals, and the care of creation. These dates highlight our union with all created things.

Father Scotchie marvels at the images as if he was an astronaut in space. They cement his belief that we are all part of creation; we’re “creatures of the stars”; “we’re stuff of supernovas.”

“The sun is made of hydrogen and through fusion becomes helium. That’s what creates all the energy that makes life possible for us. But when it starts to blow, like a supernova, that’s when all the other elements are made… blown all over the universe, literally,” he explained. “Through the millions and billions of years the earth is formed, and out of it we’ve been formed. So, our physical bodies were made of stars…We have that intimate connection in our very cells, but it’s all enlivened by the same spirit – that Spirit of God.”

These images reveal more about the history of the earth, but Father Scotchie cautions being shortsighted, viewing history as a simple cycle of war and peace, plenty and scarcity. After all, this is not Star Trek. He recalls our belief in salvation history – that God is present throughout, active in human affairs, drawing humanity into relationship with Him that they might live in eternal union with Him. He said, “One day time will end, but God will not, and God willing we will be with Him,” in the real final frontier.

By Glenda Meekins of the Florida Catholic staff, September 01, 2022 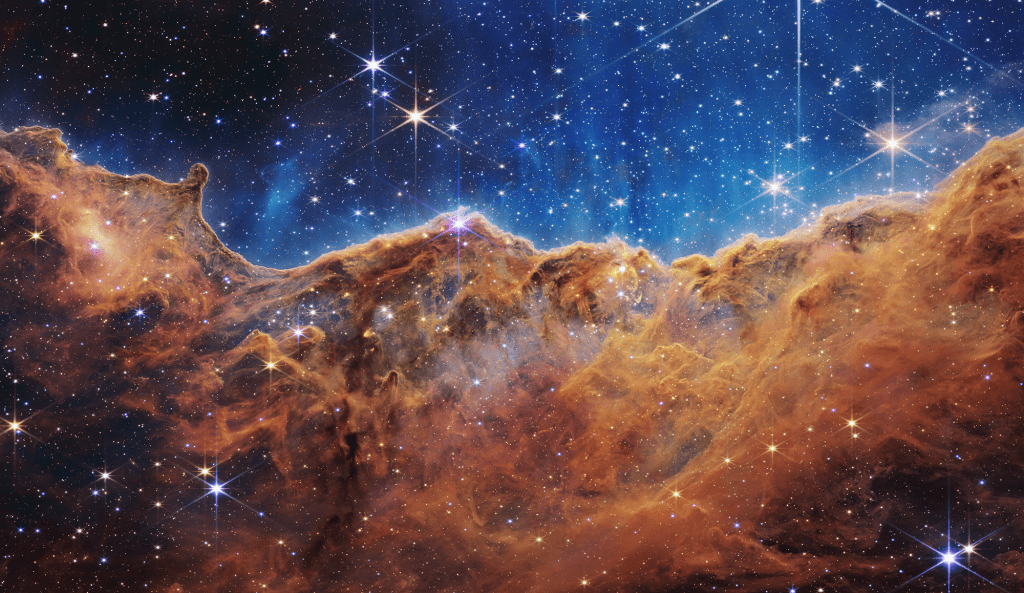 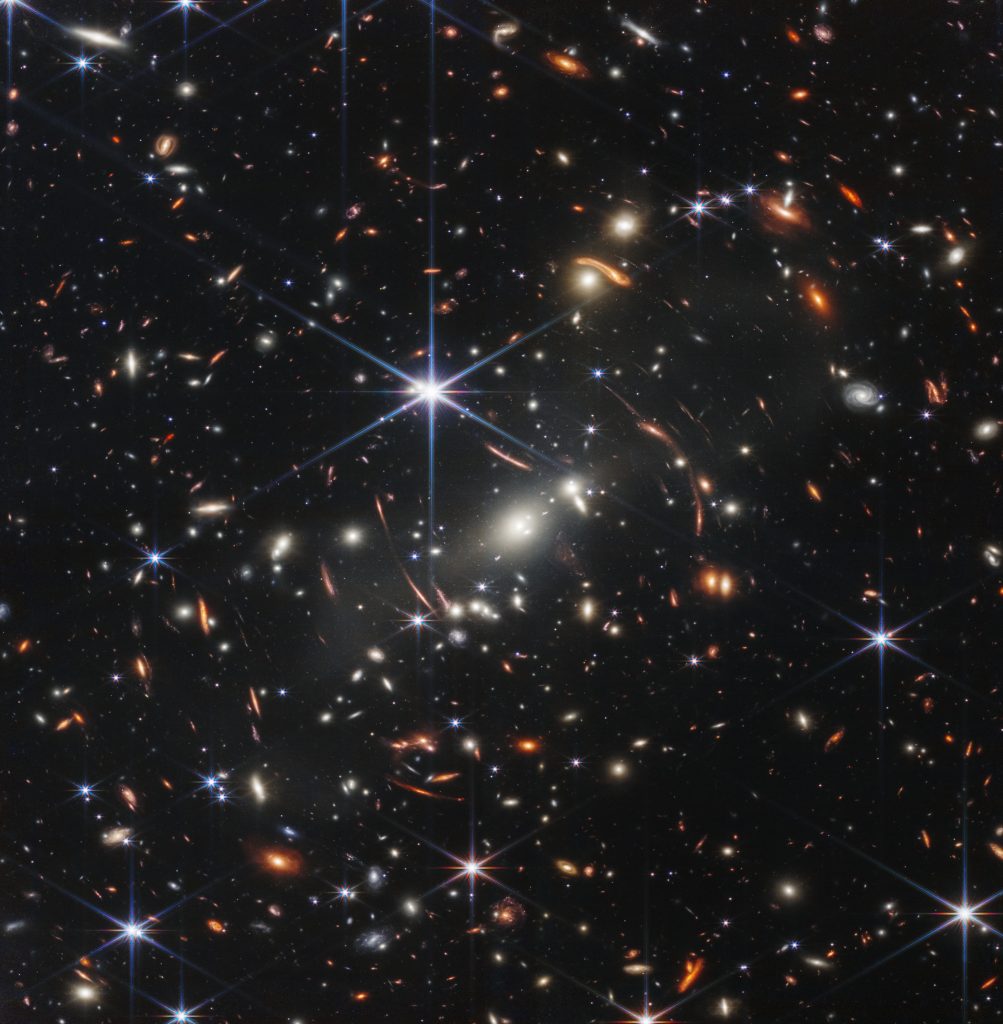 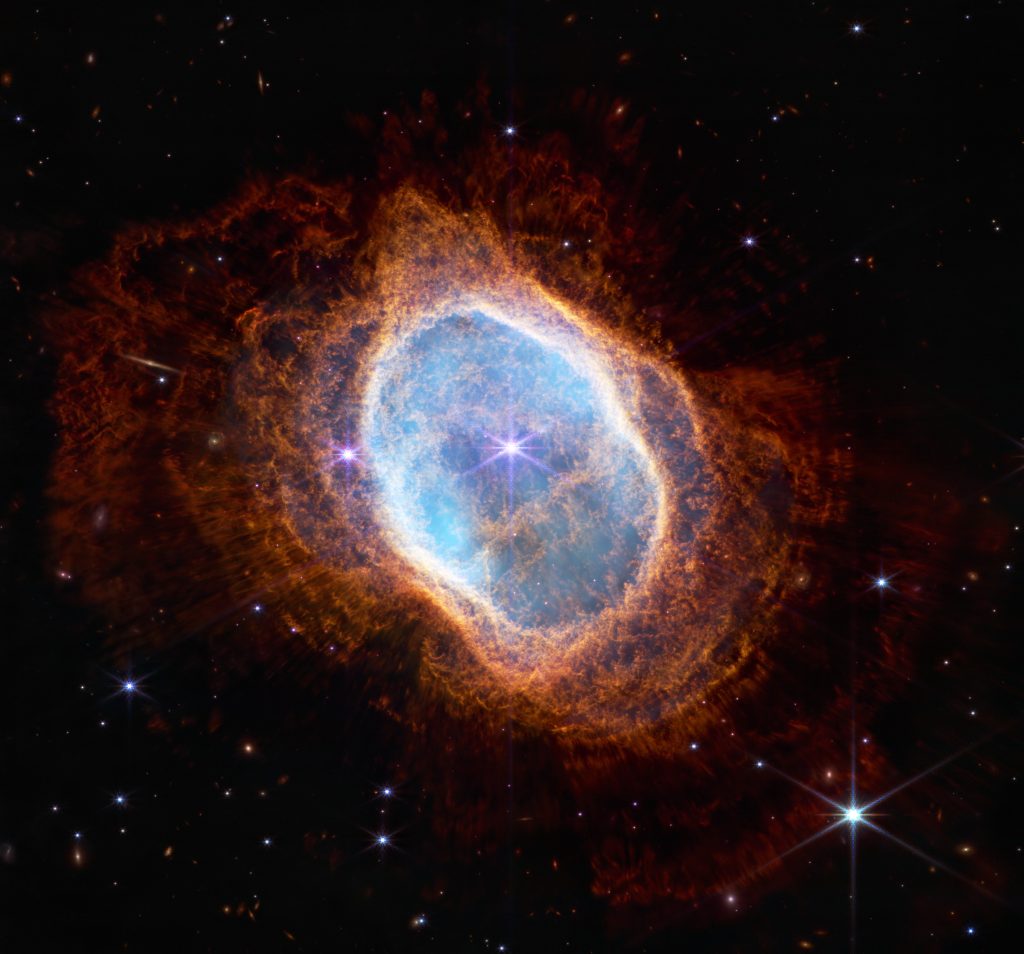 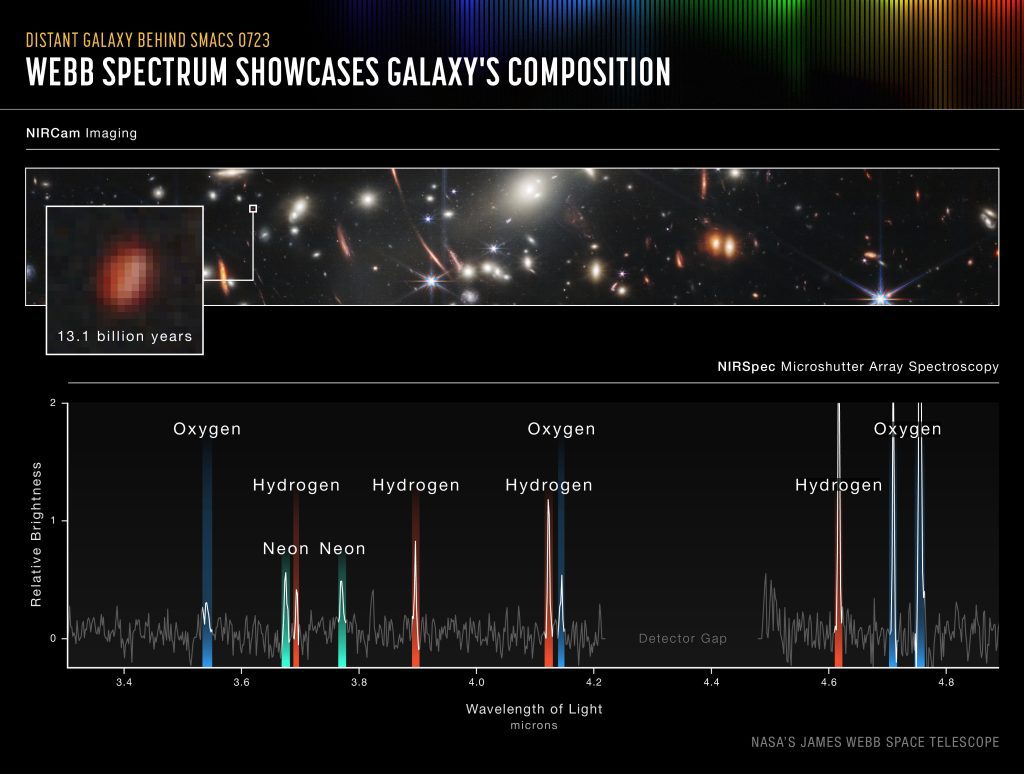 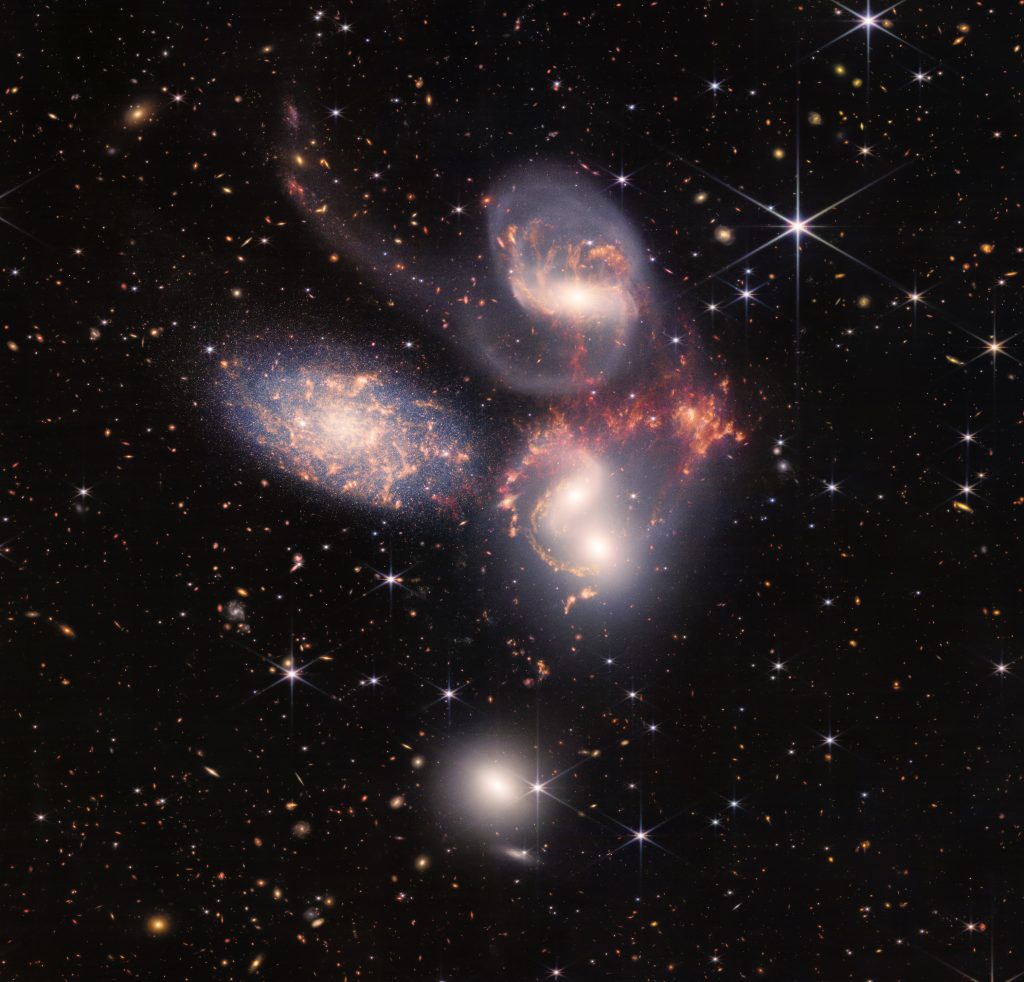