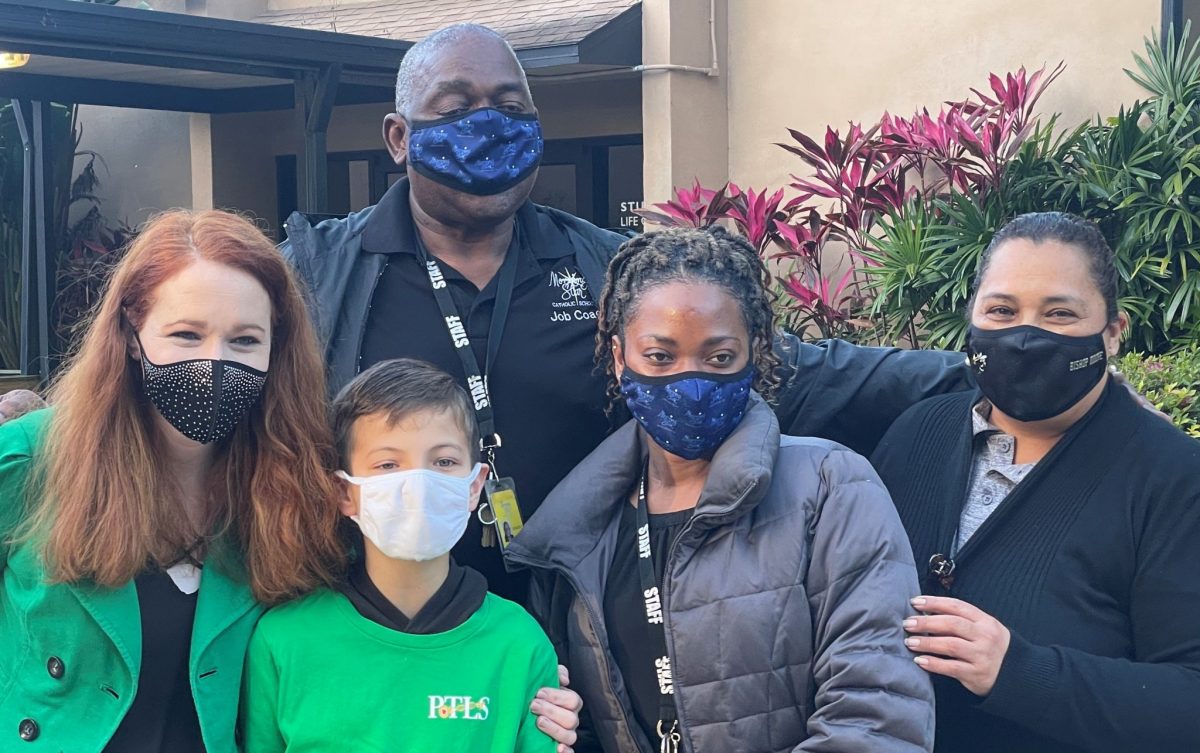 ORLANDO | Maggie knew something was awry with her son, Peter, when he was three months old. She said it was walking “by faith and not by sight” (2 Cor 1:24) that she persevered. She is convinced her journey to Morning Star Catholic School was “God ordained”. On March 8, students and staff came together for a Dress Down in Green Day to support Peter and raise awareness of his condition, Potocki-Lupski syndrome (PTLS). 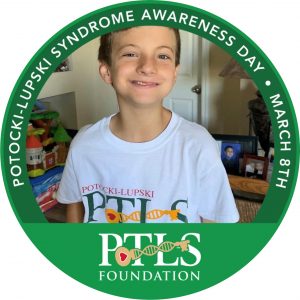 Peter was diagnosed with PTLS, a rare genetic disorder, at 18 months. Maggie celebrates the day each year because it allowed her to get the help Peter needed. For more than a year, she noticed the lack of eye contact and how frequently he “zoned out” when she was unable to get his attention— symptoms commonly associated with Autism, leading to frequent misdiagnosis. When the difficulty swallowing solid food began and he missed more developmental milestones, she redoubled her efforts to discover what was happening. Trips to the ophthalmologist, neurological evaluation, and blood tests revealed nothing. It was not until Maggie took him to a developmental pediatrician and he had a simple genetic test revealing he had PTLS. Peter has been blessed with not experiencing some of the more challenging physical symptoms of PTLS like failure to thrive and has no cardiac issues at this time. He does deal with speech delay and learning difficulties.

Although the Morning Star Catholic School student could not understand the implications of his diagnosis, Peter’s family knew life for him would be different. Maggie credits God with the discovery of Morning Star and St. Charles Borromeo Catholic School (next door) where some of Peter’s siblings attend. When she first pulled up to Morning Star, she recalls thinking it reminded her of her Catholic school in Venezuela. She said it felt “like home”.

Peter joined the Morning Star community in the fall of 2020, “and has been a wonderful addition to our student body,” noted Principal Alicia Abbey. “He is such a sweet and kind boy, and it has been a pleasure getting to know him and his family.” The more friends and staff knew him and learned about PTLS, the more they wanted to support him. Principal Abbey said “green day” was “a way to support and build awareness of PTLS and Peter’s story.”

Students had the option of wearing anything green, but many sported a PTLS shirt. On the back it explained the disease, a “genetic condition resulting from a microduplication on the p11.2 region of the 17th chromosome.” The second described individuals with the condition and their disposition: “the innate ability to see the good and beauty in the world, to radiate joy and happiness, and to offer a unique perspective on life with the ability to change other’s perceptions.” The t-shirt emphasized a view of the whole person, keeping with Morning Star’s mission. Maggie said the event had a broad impact on the PTLS community worldwide as she shared the news on social media.

“Now I have partners to help me in raising Peter in his faith,” Maggie noted, acknowledging she was always concerned about how she would explain the Sacraments. “It’s amazing for me as a mom to know he is being given those tools” to understand in his own way. Allowing herself to be “led by God” has made all the difference. “God doesn’t make mistakes,” Maggie affirmed. “He gives you exactly what you need to fulfill your purpose and to build His kingdom, and Peter is definitely a big part of that.”

Potocki-Lupski syndrome affects an estimated 1 in 25,000 people worldwide. It was first recognized as a genetic condition in 1996. To learn more, go to ptlsfoundation.org.