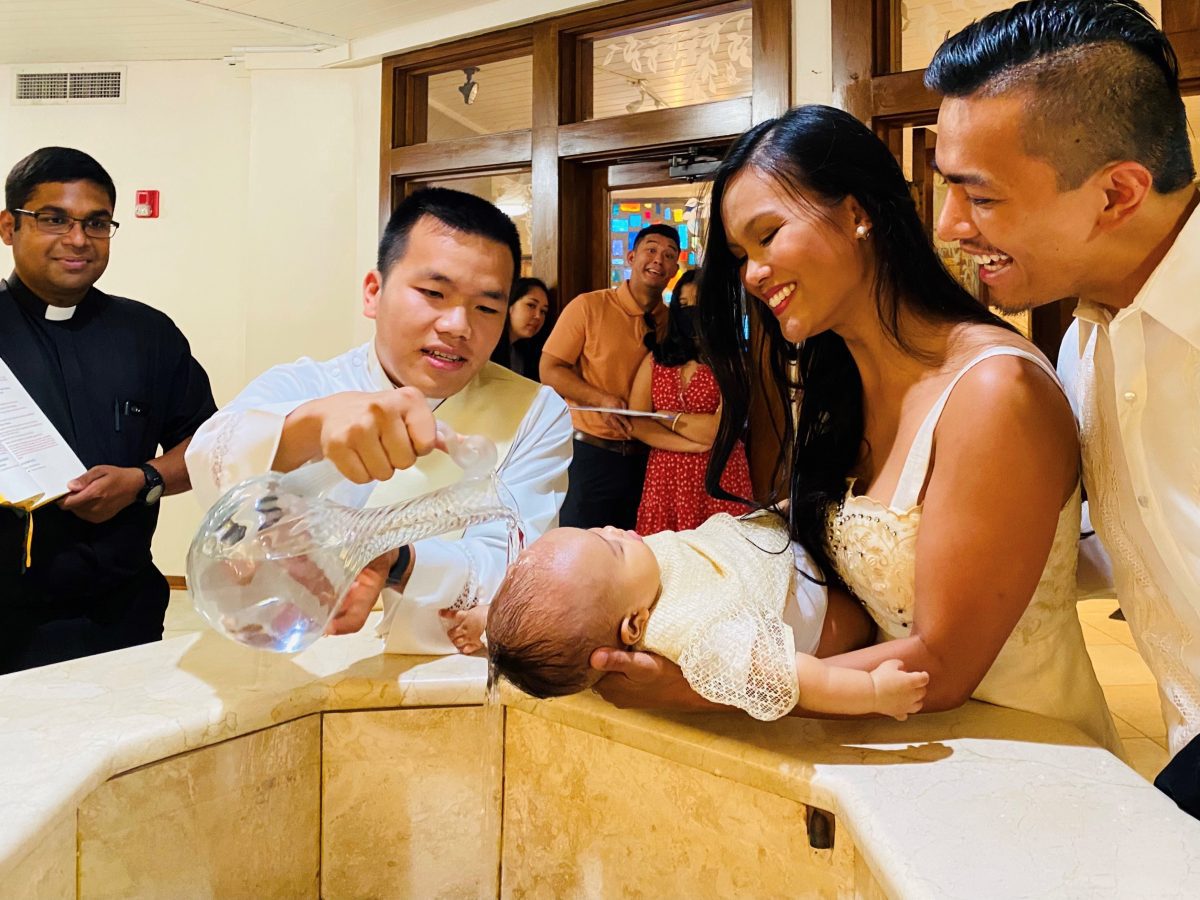 ORLANDO | Just like Jesus and His apostles, Diocese of Orlando seminarians are diving into hands-on ministry this summer to better understand how to lead people closer to God.

Transitional Deacon Joseph Tran spent his final summer assignment at St. Thomas Aquinas Parish in St. Cloud. “I’m grateful for the summer assignments during my formation,” he said. “They help me be closer to the people of God; to serve the Church first; and are useful and fruitful preparation for seminarians during formation in many ways.” He notes administration, parish ministries such as faith formation, food pantry, and summer camp among the tasks undertaken over several summers. Ordained a transitional deacon in April 2021, he relished serving as ordained clergy – one step closer to the priesthood. “Ministering to the people of God as a deacon is like I am living a real experience as an ordained. I can celebrate Sacraments and visit the sick… I see people appreciate my presence because they know that I am bringing the Lord to them as a deacon, as clergy. I feel the Lord’s presence in them as I minister.” For Deacon Tran, whose home parish is Our Lady of Grace in Palm Bay, it is an affirmation of his vocation and added to his excitement and desire to go forward as a priest.

Sinclair Cushmore is beginning First Theology at Pope St. John XXIII Seminary in Weston, MA. He is one of two Diocese of Orlando seminarians studying there. COVID-19 prevented him from pastoral work in local parishes last year, so he welcomes working downtown at St. James Cathedral and serving in various capacities. Prior to the seminary he volunteered for five years at the Basilica of the National Shrine of Mary, Queen of the Universe. He began when he was an intern at Disney and calls the basilica a “home away from home” because his family is in Long Island. By the time he joined the seminary, he was a parishioner of Holy Cross Parish in Orlando. Cushmore noted the differences in serving primarily tourists versus a traditional parish. He is learning flexibility and openness to God’s plan through diverse roles in his summer assignment. Not only does he assist with Mass as a lector and Extraordinary Minister of Holy Communion, but he recently went on the youth group’s trip to Lifeteen’s Camp Covecrest in Georgia and will assist with Vacation Bible School. He said working with youth requires “letting your hair down a little bit” and remembering “what it is to be a teen.” He admits this is “out of my comfort zone, but it’s something I am looking forward to.” He explained, “It will be just as challenging because it’s new.”

The youngest of the seminarians at the Massachusetts seminary at age 29, Cushmore brings an unusual spiritual maturity to his work. At the behest of St. James Cathedral Rector, Father Miguel González, he stands alongside him after Mass to greet parishioners. “He emphasized to me the ministry of presence,” Cushmore noted. They visit the Faith and Family Life members on Sunday, the local Knights of Columbus group, the Hispanic ministries, and the residents of The Commons, a senior residential community downtown. He said he is learning from Father González, “We do not need absentee priests. We need priests who show that they care because only when your people know you care about them will they care about what you know.” He emphasized, “That is precisely the order followed by Jesus. He ate with tax collectors as well as those who were eagerly following him from the first.”

Tim Tylec is on his first summer assignment at San Pedro Spiritual Development Center in Winter Park, assisting camp. “This is kind of like the perfect place for me,” he said. “I worked with the youth before as a Stetson Campus Minister before going to seminary, so I have a heart for youth and serving.” Aiding counselors with activities, he said he was most moved by how the middle-schoolers responded to Eucharistic Adoration. The seminarian, from St. Peter Parish in Deland, invited them to come up and kneel close to Jesus, not expecting anyone to come up. When several began approaching the monstrance he admitted, “I cried, I felt unworthy. I just had to get out of the way and let Christ do the work. It was beautiful to see their yearning for the Lord—to be that close and have that face-to-face. Those moments are heaven on earth.” He said he is learning: “Just lean into Christ and get out of the way.” He said he is reminded daily, “to be docile to the Holy Spirit and where it leads me in my interactions.” He added he is learning “to relate and work in community”, discovering when “to step up in leadership, in prayer, keeping that focus on Christ. It’s a beautiful thing.”

His message to others considering the seminary: “If you’re discerning, keep discerning. If the Lord is calling you – just say ‘yes’. He doesn’t disappoint.”