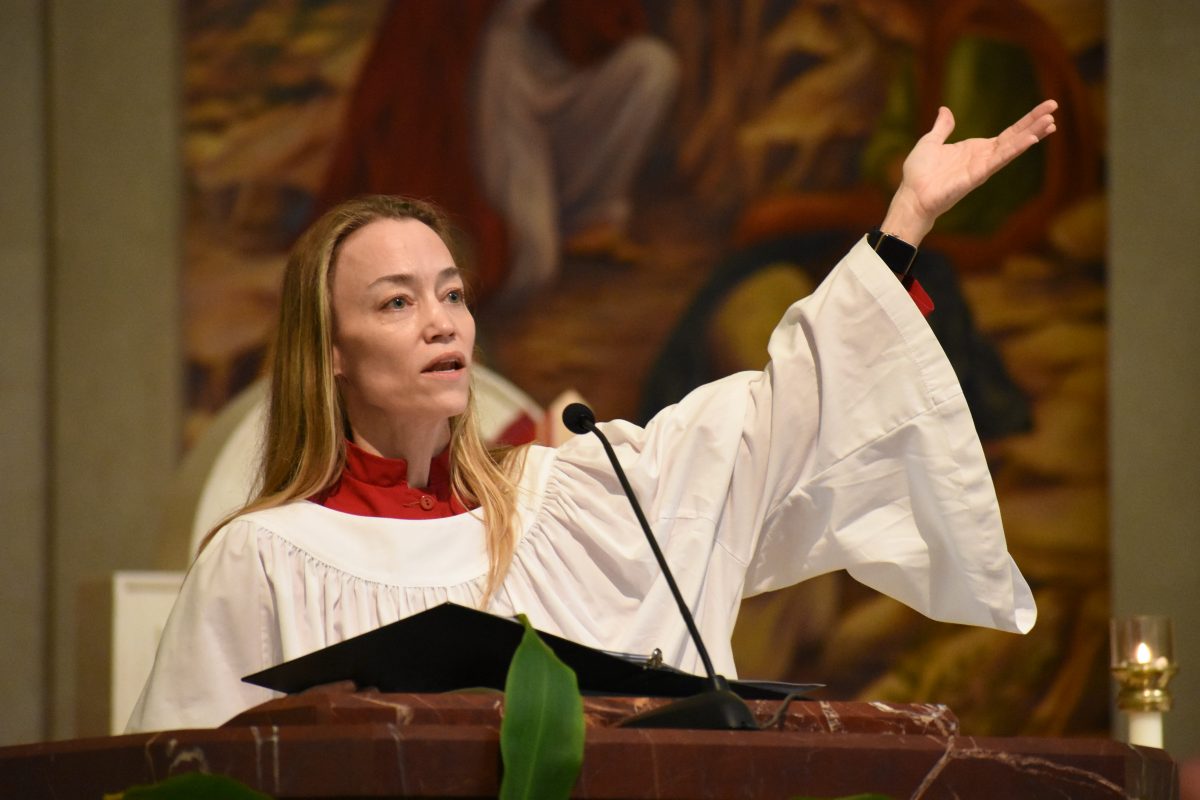 THE LITURGY OF THE WORD

The Liturgy of the Word begins immediately following the collect prayer at the end of the introductory rites. Proclamation of the Word of God is a dialogue with God. We hear the words of salvation history both from the Old and New Testaments — words that tell the story of God’s participation in His own creation, words that have established the covenant relationship between God and His people. The word of God is alive and active today “for in the readings … God speaks to His people … and Christ himself is present through His word in the midst of the faithful” (GIRM, 55).

After a brief period of silent reflection, the responsorial psalm is sung. While it may be recited in a responsorial format, it is preferable that it be sung or at least the people’s response should be sung. As an integral part of the Liturgy of the Word, it allows the assembly to respond to God’s Word with the very Word of God. The psalms for Mass are chosen to relate to the Scripture passage proclaimed in the first reading. The Catechism of the Catholic Church states that the psalms “teach us how to pray” (CCC, 2587).

The second reading is most often taken from the letters of St. Paul or writings of the first apostles that were written to the communities of early Christians as they were learning what it meant to live as a new creation in Christ. Yet, these words ring astonishingly true and relevant even in the hearts of those who gather in today’s day and age. At the conclusion of the proclamation, the assembly once again enters into a ritual dialogue ending with “Thanks be to God.”

Having been fed by and reflected upon the first reading, responsorial psalm and second reading, we now prepare to encounter Christ in the very words He spoke to us. The proclamation of the Gospel is the pinnacle moment of the Liturgy of the Word. We acclaim Christ in our midst using the word, “Alleluia.” There is a procession from the altar to the ambo with the Book of the Gospels — a book separate from the Lectionary containing only the Gospels used for Mass. The book is reverenced by holding it high and is often honored with incense to indicate the sacredness of the words that will be proclaimed from it. The deacon or priest who is charged with proclaiming the Gospel greets the assembly. The Gospel reading is announced and we respond “Glory to you, O Lord.” As this response is made it is customary to make a small sign of the cross with the thumb over the forehead, lips and heart indicating the desire for the Gospel of Christ to penetrate and dwell in our minds, upon our lips and in our hearts. Having readied ourselves to welcome Christ’s words into our very being with this gesture, we listen, we reflect, and we respond at the conclusion of the readings with an acclamation of praise:  “Praise to you, Lord Jesus Christ.”

The homily is given by the priest-celebrant. The deacon of the Mass may also serve in this way. The goal of the homily is to explain and relate the words of the Gospel to the people gathered in this time and place. Ever ancient and ever new, the Gospel of Jesus Christ speaks to us in concrete ways whenever we encounter it. The more that this experience can be unfolded or “broken open” as bread for nourishment, the more we can see the richness of God’s love and mercy for us. Having been fed by the Word and reflecting on the power and meaning that the word has in our lives, we are moved to respond concretely and emphatically with our profession of faith.

THE PROFESSION OF FAITH

In the profession of faith, usually expressed by the Nicene Creed or on occasion the Apostles’ Creed, we confirm the faith we have been given and the life we have been called to through our baptism in Christ. The profession of faith is a public expression of our Christian identity — it is our “seal” whereby we profess our firm belief in the God who created, redeemed and made us His own children by the power of the Holy Spirit.

Sometimes called the prayer of the faithful, the universal prayer is another response to the word we have heard and the faith we have professed. Our Baptism into the death and resurrection of Christ has made us into the priesthood of the baptized whose responsibility it is to offer prayer and petitions to God on behalf of all the people. In this prayer we are exercising our participation and sharing in the prayer of the universal Church. We also reflect the sacrificial nature of Christ’s priesthood in emptying ourselves for the needs of others, placing others before ourselves — putting their needs before our own.

Having been nourished and having responded to God’s holy word through prayer and petition, the Liturgy of the Word is complete with the conclusion of the universal prayer.

By Bruce Croteau, Special to the Florida Catholic, December 9, 2022

Read Part Three: The Meaning of the Mass: Christ is present in the Eucharist