The Meaning of the Mass | The Concluding Rites: Go forth the Mass is ended 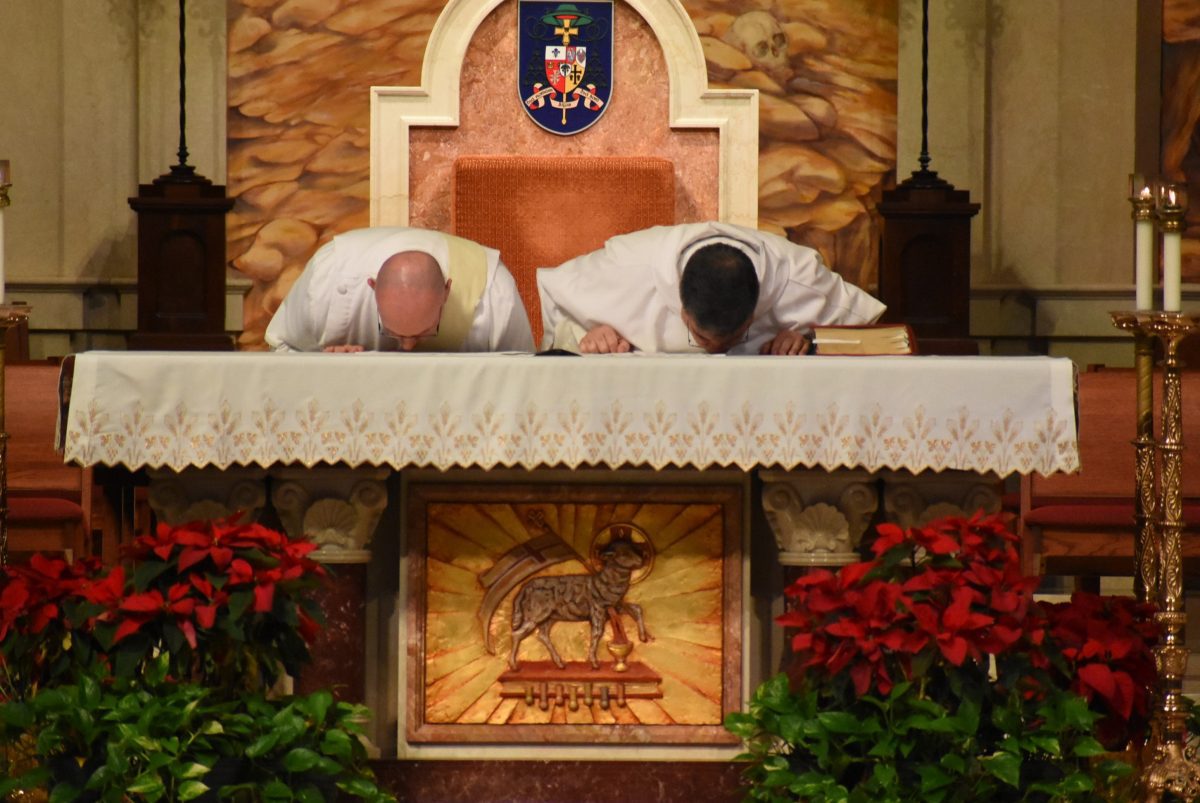 ORLANDO | This last article in our series on the Meaning of the Mass brings us to the concluding rites. The purpose of the concluding rites is clearly articulated in the “Introduction to the Order of the Mass” (IOM), a resource of the U.S. Conference of Catholic Bishops. The bishops wrote that their purpose “is to send the people forth to put into effect in their daily lives the paschal mystery and unity in Christ that they have celebrated. They are given a sense of abiding mission that calls them to witness to Christ in the world and to bring the Gospel to the poor” (IOM, 141).

This instruction highlights that we have celebrated the very essence of our salvation in Christ Jesus, namely the paschal mystery: the life, death, resurrection and ascension of Jesus Christ. Recalling this sacred encounter with the living God through word and Sacrament and in the presence of the assembly, under the leadership of the priest-celebrant, the Eucharistic liturgy leads us to something more. In fact, the liturgy compels us to something more.

Historically, announcements have been a part of the Mass going as far back as the fifth century and earlier. In those earliest of gatherings, they were most probably used to call attention to future liturgies and calls to prayer, fasting and to keep vigil for the next commemoration of the Lord’s Day. In today’s Mass, the announcements are made immediately following the prayer after Communion. Pastoral announcements can be a way of connecting the Mass to our day-to-day lives as they should call attention to the ministerial activity of the Church through her members who are about to be sent out into the world to serve as Christ served.

After the announcements, the priest-celebrant once again greets the assembly with the words, “The Lord be with you.” This is the fourth and last time this greeting is used in the Mass. It signifies that something important is about to happen. The assembly is about to receive the blessing and be sent out into the world. There are three forms that can be used by the priest at the end of Mass: a simple blessing, a solemn blessing, or a prayer over the people. These may be used at the priest-celebrant’s discretion and are focused on many different aspects of living the mystery that has been celebrated in the Mass and living out that mystery in the world. After the prayer over the people, the priest blesses the assembly with the sign of the cross and Trinitarian formula.

The simplest form of dismissal, “Go forth the Mass is ended,” is taken from the Latin words “Ite Missa est” which translates into “Go you are sent.” The word “Mass” comes from the Latin word “Missa” and signifies being sent as if on a mission. Most noteworthy is the notion that the word we use to refer to the entire Eucharistic Liturgy has as its root the instruction to be sent. Pope St. John Paul II, in his encyclical on the Eucharist (Ecclesiae de Eucharistia), wrote: “By its union with Christ, the people of the New Covenant, far from closing in upon itself, becomes a ‘sacrament’ for humanity, a sign and instrument of the salvation achieved by Christ.”

In effect, the fruits of Holy Communion are made known when those who receive are sent into the world to continue Christ’s mission to bring glad tidings to the poor, proclaim liberty to captives, recovery of sight to the blind and to let the oppressed go free (c.f., Lk 4:18).

The relationship of the Eucharist to the Church’s mission has perhaps been made even clearer by the introduction of texts into the new English translation of the Roman Missal, third typical edition. Pope Benedict XVI in his apostolic exhortation “Sacramentum Caritatis,” stated that the words of dismissal “Ite Missa Est,” “succinctly express the missionary nature of the Church” and correspondingly selected additional options to use when dismissing the assembly at Mass in order to highlight this notion even more so. Thus, the following words were added to the Latin Missal and the English Missal: “Go and announce the Gospel of the Lord” and “Go in peace, glorifying the Lord by your life,” to which the assembly replies, “Thanks be to God.”

After the dismissal the priest-celebrant and deacon kiss the altar, make a profound bow to the altar, or, if the tabernacle is in the sanctuary, genuflect to it and process out of the church with those leading the procession. Most often the procession out of the church is accompanied by an appropriate song of praise or seasonal hymn, or sometimes instrumental music may be played. The important point to take note of is that the “General Instruction of the Roman Missal” (GIRM) does not use the word “recessional” for this part of the dismissal rites. The word “processional” is the more apt description of the assembly being led by the cross of Christ into the world for the life of the world.

By Bruce Croteau, Special to the Florida Catholic, January 05, 2023