The Scrutinies of RCIA 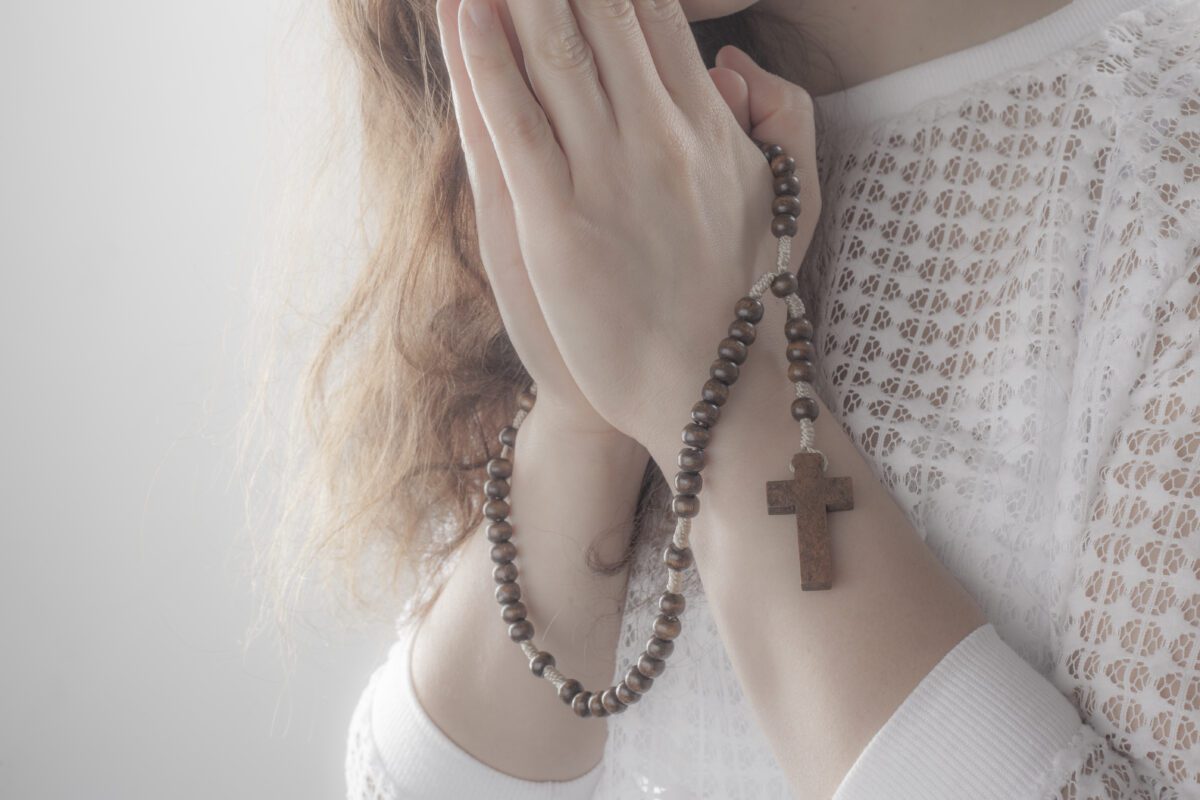 KISSIMMEE | As the Christian Community, we have a responsibility of supporting prospective new members – those to be prepared for the celebration of the Sacraments of Full Christian Initiation – in the catechumenate period and beyond (cf. Mt. 28:18-20). The Church does this through several rites, especially the Rite of Christian Initiation of Adults (RCIA), namely the Catechumenate, developed in the 4th Century.

It is significant that the Catechumenate was systematized in the same century the New Testament Canon of Scripture was finalized by the Church (393-394AD). It has four periods or stages: the Pre-Catechumenate, the Catechumenate, the Purification and Enlightenment, and Mystagogy. Each of these stages are marked with specific liturgical rites: the Rites of passage.

Drawing on the rich spiritual, pastoral, catechetical, moral and liturgical aspects of the Catechumenate, the Church recommends the catechumenal mode as the model for all catechesis (cf. GDC 29, 59, 90). Thus, the Catechumenate applies to both the unbaptized, classified as catechumens being prepared for full initiation through Baptism, Confirmation and Holy Eucharist; and those already baptized in the Catholic or Protestant Church, but not yet fully initiated, classified as candidates for full communion; so preparing for Confirmation and Holy Communion.

The third stage, the Period of Purification and Enlightenment, is where the Scrutinies come in, beginning with the Rite of Election celebrated with the Bishop (on the First Sunday of Lent), where the Catechumens are enrolled in the Book of the Elect. From this point, they are called “the Elect of God” (or simply, “The Elect”).

Three scruitinies are then celebrated consecutively on the 3rd, 4th and 5th Sundays of Lent; with the “Presentation of the Creed” and the “Presentation of the ‘Our Father’” occurring within the weeks of the Third and Fifth Sundays of Lent respectively. For the Candidates already baptized and for the rest of the Christian community, we unite with the Elect in spirit, praying for them, supporting them and using the occasion as an awesome opportunity to renew our commitments to the life of grace; similar to the renewal of our baptismal promises during the celebration of Baptism.

The term, Scrutinies, might make the Elect nervous and wonder, ‘What are “Scrutinies”?’ Am I going to be publicly questioned and ridiculed? The Scrutinies are not about interrogation of the Elect. As hinted above, they are special liturgical rites celebrated with the Elect as the final stages of preparation for the reception of the Sacraments at the Easter Vigil. They foster a deeper spiritual preparation and “inspire in the Elect a desire for purification and redemption by Christ” (RCIA 143). They “are rites of self-searching and repentance… meant to uncover, then heal all that is weak, defective, or sinful in the hearts of the elect; to bring out, then strengthen all that is upright, strong, and good…. [Also], to deliver the elect from the power of sin and Satan, to protect them against temptation, and to give them strength in Christ, who is the way, the truth, and the life. These rites, therefore, should complete the conversion of the Elect and deepen their resolve to hold fast to Christ and to carry out their decision to love God above all” (RCIA, 141).

At these celebrations, the Elect will have special quiet times (cf. Ps 46:10) to ponder the Word of God in their minds and hearts (cf. Lk 2:19, 51), to allow the Word of God to lay bare the depths of their sins, humbly acknowledge them and to trust in God’s love and mercy. The Church applies prayers of minor exorcism begging God to deliver the Elect from the dominion of Satan, purify them and set them afire with the desire to grow in intimate relationship with Christ who alone can satisfy all their ultimate longings.

Irrespective of the specific liturgical year (this year: Year C), the readings for the Masses of the RCIA Scrutinies are exclusively those of Year A. The 3rd Sunday of Lent A [First Scrutiny]: Christ’s outreach to the Samaritan woman (Jn 4:5-42). Here, the Elect embody the Samaritan woman whom Jesus asked for a drink. Jesus was not thirsty for physical water but for her soul. He is thirsting for our Elect to desire the Living Water (cf. John 7:37-39): “If you knew the gift of God and who is saying to you, ‘Give me a drink’, you would have asked Him and He would have given you living water.” Only Jesus can fulfill our deepest longings. As He did with the Samaritan woman, He calls the Elect to repentance as a condition to receive the living water.

Next, the 4th Sunday of Lent A [Second Scrutiny]: Christ’s healing of a man born blind (Jn 9:1-41). Here, the Elect embody the blind man being called out of darkness into light (cf. 1 Pt 2:9). Their present state of original sin, spiritual blindness and darkness, is neither their fault nor their parents’ fault, but to show God’s glory. As Jesus sacramentally restored the blind man, giving him a new lease of life, in like manner, Christ will open the eyes of the minds of the Elect at the Easter Vigil. They will experience a new lease of life, receive greater spiritual sight/clarity and relate with all in a new way.

Finally, the 5th Sunday of Lent A [Third and Final Scrutiny]: Christ’s raising of Lazarus (Jn 11:1-45). Here, the Elect embody Lazarus in death. The raising of the dead shows the overwhelming power of God: nothing can frustrate God’s plan for our salvation; nothing can separate us from the love of God (cf. Rm 8:35-39).

In as much as the Elect are still unbaptized, they are under the primordial condition of the death of original sin (cf. Rm 6:23). At the Easter Vigil, Jesus will say to His Church: “Take away the stone!” Remove the metaphysical stone entombing the Elect! (cf. Ez 37:12-14). And through the Sacraments of Christian Initiation, He will apply to them the fruits of His Passion, Death, Resurrection and Ascension (cf. Jn 3:5-6; Rm 6:3-5). The Elect will hear Him cry out, “Josephine, come out!” “Thomas, come out!” “Margaret, come out!” “Unbind them, let them go!”

They will receive sanctifying grace, the grace of the new creation: original sin will disappear; all other sins will also be uprooted. And they will never be the same again. Indeed, “If anyone is in Christ, he is a new creation; the old has passed away, behold, the new has come” (2 Cor 5:17). This stage will conclude with the Celebration of the Sacraments at Easter Vigil.

By Father Emmanuel Akalue, Special to the Florida Catholic, March 16, 2022