There is no Gospel party 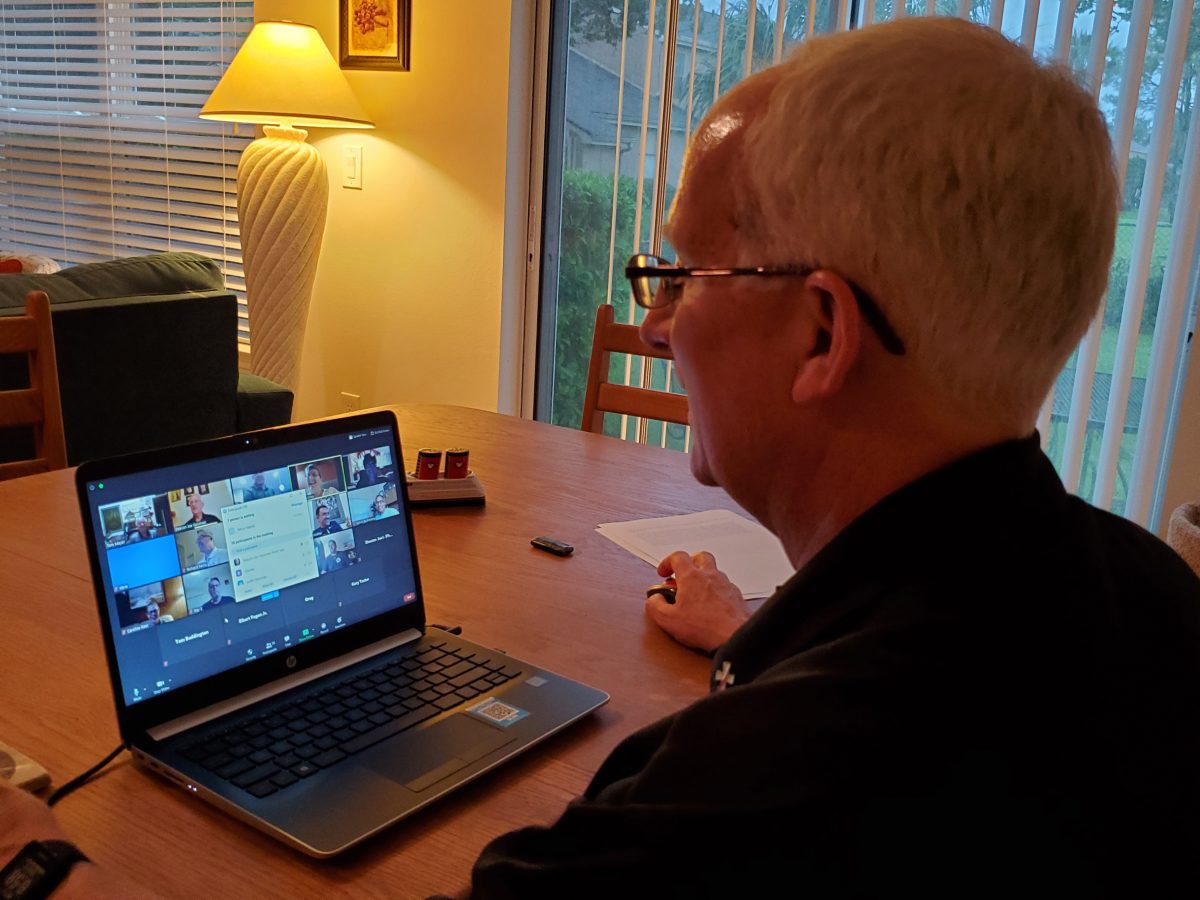 Deacon Dave Camous facilitates a presentation for diaconate candidates, deacons and wives on the USCCB’s Faithful Citizenship in preperation for the Nov. 3 election. (COURTESY)

ORLANDO | As the Nov. 3 primary election fast approaches, Deacon Dave Camous, director of the permanent diaconate, considered the best way to form diaconal candidates and prepare them to respond to parishioners, friends, and family “in this highly charged political year.” In his invitation, he said, “It is even more important that parish leaders responsibly and accurately teach the Church’s position regarding proper formation of conscience.”

The 90-minute workshop, rooted in the teachings related to discernment and faithful citizenship from the U.S. Conference of Catholic Bishops (USCCB) took place Sept. 9 via Zoom. Although the teaching was for deacons, the lessons are for every Catholic seeking to navigate the times in which we are living. “Forming Consciences for Faithful Citizenship: The Role of the Deacon in Pastoral Leadership During an Election Year” covered how the faithful are to “exercise their obligation as citizens grounded in the truth of the Gospel message,” noted Deacon Camous. It also focused on understanding the best way to make a decision “based on faith and reason.” He emphasized the objective was not to tell people for whom to vote or to condemn those who disagree with a certain position.

Deacon candidate Richard Ferris (Class of 2022) from Blessed Sacrament Parish in Clermont was among the 30 candidates, deacons, and wives attending. Ferris does not consider himself overly political, but notes this election is “hyper-politicized.” Witnessing the polarization among those in his own parish, he said his main concern was how to reach people in both parties. “I went into this looking to learn how to communicate the truth of the Gospel and our Catholic teaching, without isolating people in either party.”

Ferris also acknowledged the disparity of viewpoints and emotional charge when the election topic is broached within his home. With three daughters ages 24, 22, and 20, he said the conversation quickly becomes “polarized by the personalities that are involved”—those of the candidates and of his children. Deacon Camous encouraged attendees to remember “each person is a child of God; assume the best possible intentions of others”—an idea based on Ignatian theology. And above all, listen patiently seeking understanding.

Class of 2020 candidate Elbert Pagan (St. Rose of Lima Parish, Kissimmee) hoped to gather the same skill set as Ferris, noting the “noise” that surrounds us has made many Christians forget the call to base our decisions on Gospel teaching. Feeling somewhat lost himself, he was asking, “How can I bring myself back into focus and offer advice to others?”

Clarifying the workshop was not meant to affirm or validate positions, but to urge participants to reflect on their decision in light of Gospel truth and teaching, Deacon Camous noted many would leave feeling uncomfortable. For Pagan, the workshop affirmed and challenged his beliefs. “I didn’t walk out of this workshop saying ‘Eureka!’ I did come out of it with a blueprint,” he said. “Conflict is good if you can discern it, work through it and grow from it.” He noted conflict is often God prompting you to go deeper.

Many found particularly challenging the teaching that Catholics are not called to vote based on one single topic, but to look at the broader implications. Feeling strongly about dignity and sacredness of life, the abortion debate was key for him and others. The workshop helped Pagan look beyond the single issue and consider all dignity of life issues (death penalty, immigration, poverty, the elderly). He then pondered solutions, policies and social programs that can be incorporated to further Catholic values. “We can start there (with the topic), but we can’t end there,” Pagan discovered.

Ferris agreed adding that although abortion remains a strong concern for him, he now plans to “take a minute to really consider other policies. If I vote this way, what else am I voting for that this platform brings along with it… and weigh that before making an immediate decision.” He said the new understanding “tempered” him.

Quoting the Catechism of the Catholic Church, Deacon Camous explained, “Conscience is a judgement of reason that engages the head and the heart. In all he says and does, man is obliged to follow faithfully what is just and right” (CCC 1778).  We are called to make decisions, not on a feeling. It’s the voice of God resounding in the human heart that reveals truth to us,” he said. “There must be solidarity and an understanding that every life in every country has a value.”

Deacon Camous reminded those present, “None of the candidates are your savior. There is no party of Jesus Christ.” Thus, the bishops teach to faithfully form one’s conscience, there must be a desire to embrace goodness and truth; study Scripture and Church teaching; examine facts and background information; focus on moral principles and the needs of the weak, the common good and especially to prayerfully reflect.

“As Catholics, we have a long tradition of engagement in the political process as a means of putting our faith into action,” stated the USCCB. “We are called to bring the best of ourselves and our faith to the public square—and yet today, many shy away from such involvement because our national and local conversations are filled with vitriol and harsh language, often directed at people themselves. When personal attacks replace honest debate, no one wins. This kind of attack, no matter the reason, only serves to further divide our communities. As Catholics, we must model a better way.”

Pagan agreed noting, “We as Christians need healing. If we heal, there’s a chance to go forth and heal this country. It needs water to quench this fire. I hoped this class would help me be a firefighter.” He said it did adding, “(The workshop) is helping me continue to discern my choice and what I want to do, which is better than where I was.”

“I think this is going to impact me in my call to the diaconate,” Ferris noted. Once ordained and preaching, he hopes he is “more mindful” that his words “can affirm or isolate somebody.” He plans to bring “more intentionality to the teaching of the Church to inform conscience.”

By Glenda Meekins of the Florida Catholic, September 23, 2020