This week’s question is: How and when was the diaconate established? 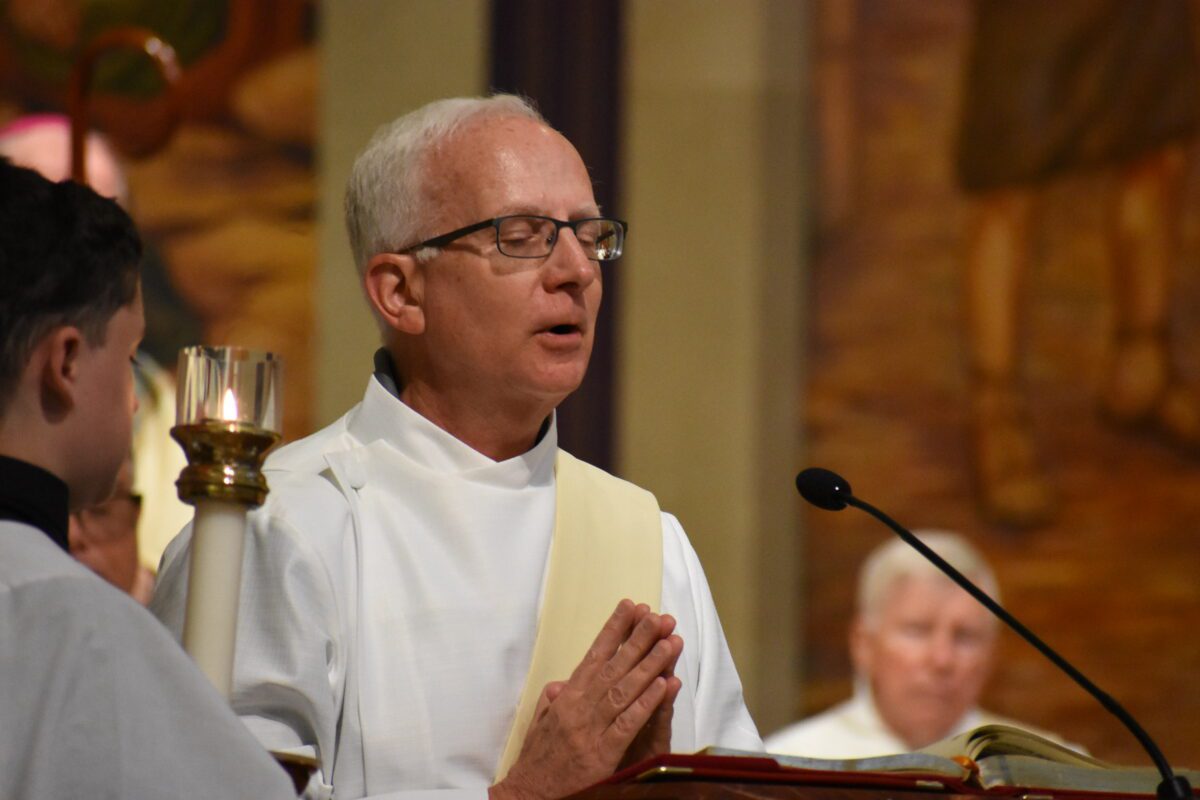 At the Last Supper with His disciples, Jesus rose from the table, wrapped a towel around His waist, and knelt to wash their feet. He modeled that they must be servants if they are to live the life of true disciples. Was Jesus laying the foundation for the diaconate, the one of the three Holy Orders that is specifically configured to Christ the Servant? The answer is a definitive ‘yes’ and ‘no.’

While Jesus’ ministry clearly established the foundational call to service key to a deacon’s ministry, the diaconate was directly established by the apostles themselves (Acts 6: 1-7). As the early Church rapidly grew, the Greeks saw that their widows were being neglected in the daily distribution of goods. They complained to the apostles who called the assembly of disciples together and asked them to put forward seven men, filled with wisdom and the Holy Spirit, to take on the direct service of those in need. The apostles prayed over them and laid hands upon them, and Church tradition points to that moment as the institution of the diaconate.

Deacons became instrumental to the effective functioning of the growing Church in the first few centuries, chartered with the administration of the goods of the Christian community in service to those in need. They were the right-hand men of the bishops and often were elevated to the Order of Bishop when the bishop died. Thirty-four became Pope! The first martyr, St. Stephen, was a deacon, as was St. Francis. As the Order of Priests grew, the role of the deacon diminished. However, priests are still ordained deacons prior to their priestly ordination, and permanently bear the character of deacon, as well. The Permanent Diaconate was reestablished in 1968, returning the fullness of Holy Orders that existed in the early Church.