Three men eager to minister to their brothers and sisters 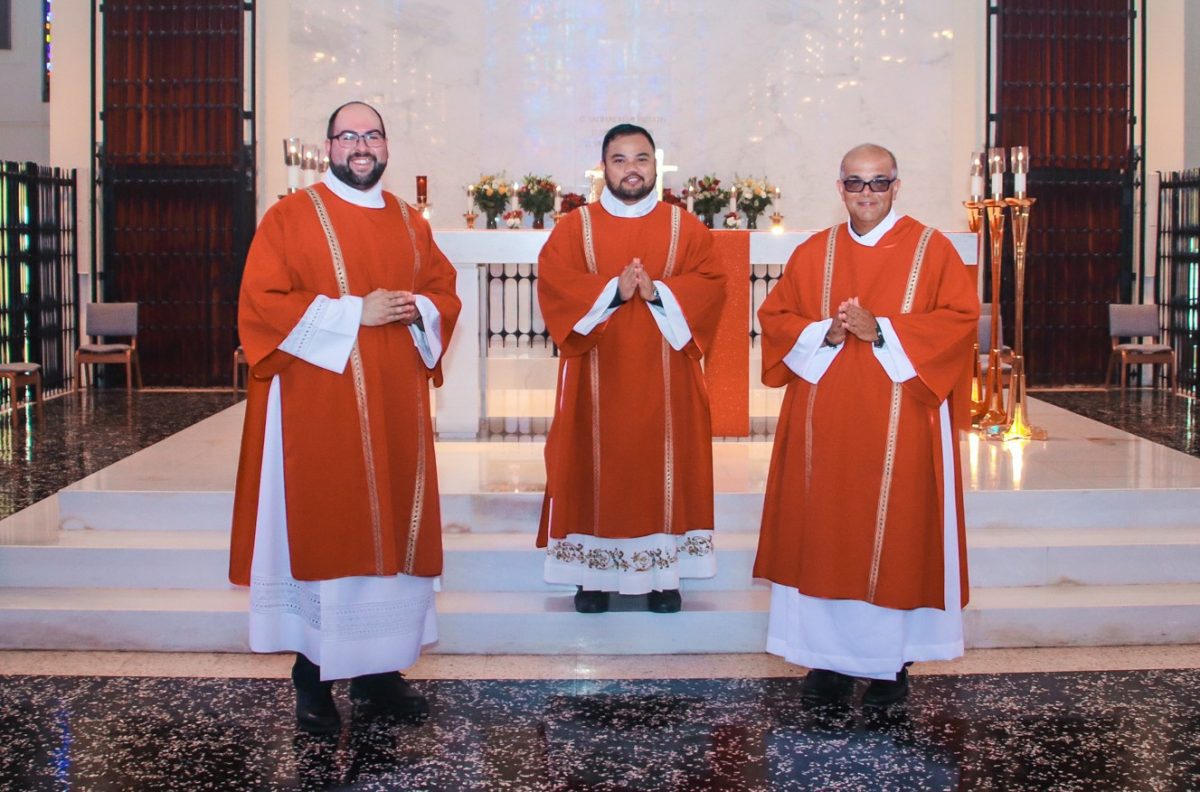 (From left) Transitional Deacons Francisco Ojeda of Our Lady of the Lakes Parish in Deltona, Nathanael Soliven of St. Joseph Parish in Lakeland, and Roberto Marquez of Blessed Sacrament Parish in Clermont are to be ordained to the Order of Priest, May 29 at Basilica of the National Shrine of Mary, Queen of the Universe, in Orlando. (ZIEMOWIT JANASZEK)

ORLANDO | After years of preparation, study, and discernment, Transitional Deacons Nathanael Soliven, Francisco Ojeda, and Roberto Marquez are ready. Ordination to the Priesthood takes place Saturday, May 29, 2021 at the Basilica of the National Shrine of Mary, Queen of the Universe.

FRANCISCO OJEDA
Our Lady of the Lakes Parish, Deltona 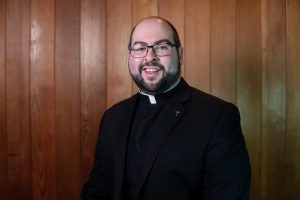 “Vocation to the priesthood is not something foreign to me,” Deacon Ojeda reflected. His father attended seminary and he heard the stories. “It was like a mystery of what the priesthood was.”

His parents are a living example of faith. “With my parents… you can see the love of God in everything they do; they sacrifice so much to love me and my sister,” he said. He has fond memories of his mother sitting patiently with him after work to teach him how to spell in Spanish and his father spending time with the family each evening. “It was an example for me of giving of myself, even when I’m tired, even when all I want to do is rest and relax.”

He recalled learning the story of the lost sheep in Scripture. It bothered him that Jesus would leave 99 healthy sheep for one. “My catechist just smiled and said to me, ‘Francisco, that’s what the priests are for. They are there to protect those 99 and to keep them healthy and continue to walk with them while Jesus brings back those who are lost.’” Something in him “sparked”. Recalling how his parents cared for him so lovingly, the idea of caring for others became a deep desire. He wanted “to be there as Christ continues to bring those who are lost back to the flock.”

Born in Puerto Rico, he struggled with English when he first arrived in Florida. The desire to communicate led him to youth group where he found “another family”. When he was at church he felt, “I don’t have to worry about new things that are happening. I am home.” He said it gave him “courage to continue to serve.”

This strong sense of community and family propels him onward. “We can’t do it alone… the prayers are enough in a sense, but without the community, without the prayers I receive from all of you, I really think that I would still kind of be struggling to walk,” he acknowledged. It is “like everyone standing behind you with their hands on your shoulders, just like Confirmation … saying I am here for you. I am praying for you; I am walking with you.”

He can’t wait to accompany others, bringing all into God’s flock through the Sacrament of Reconciliation, Anointing of the Sick and the celebration of the Mass. 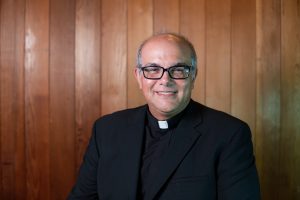 Deacon Marquez learned to love others at home. The Cuban-American frequently dropped what he was doing to help in the family’s restaurants in Miami where he learned responsibility, organization, teamwork and working with others. “The spirit of prayer definitely was alive in my family,” he remarked.

“When you grow up in Hispanic families… the extended family is family,” he explained. “You just felt so much love.” He said this is where he “learned how to love others”. They also taught him a sense of service, which was his inspiration for religious life. By their actions, patient listening and accompanying others, he said “It helped me understand that there’s more than just myself.” He wanted “to give back to others.”

Moving away from family was a big step. He moved to Orlando and lived alone for 10 years. “It was a time that it was just me and Christ – being able to rebuild again that relationship and being able to find my pathways; to see that it’s Christ who fulfills me and that I need to bring into all of my choices and all of my decisions.” When he began praying, the priesthood came into clear focus.

One day, he walked into the Basilica of the National Shrine of Mary, Queen of the Universe, where he will be ordained. Homesick and lonely he suddenly felt “it’s home”. “All my fears, all my anxiety kind of fell away; it’s started to disappear,” he recalled.

In Eucharistic Adoration, the call became “stronger and stronger” as he laid all his concerns at the Lord’s feet. “As those feelings of priesthood came into my life … I felt my heart fuller, and fuller, and fuller,” he said smiling.

He looks forward to ministering to the parish, his family, a legacy of his upbringing. “This is the community and these are the people, my brothers and sisters, that I will be ministering to,” he said. He wants “to help others encounter that relationship with Christ, especially through the Sacrament of Reconciliation… because that’s what leads us to the altar.” 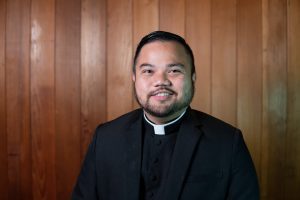 Born and raised in the Philippines, Deacon Soliven is one of four children. He entered high school seminary at age 12 with his mother’s prompting. “You don’t have to be a priest; you can study whatever you want for college,” she told him. Over time, Deacon Soliven identified with and found inspiration in the Jesuit priests. “I became attracted to the priesthood and that personal relationship with Jesus,” he recalled. He first heard the call to priesthood at age 13. He felt he had a vocation, but because he entered seminary so young, he wanted to be certain.

After college seminary, he spent four years away, mostly teaching languages in the Philippines and Spain. He said languages are his passion, “because they open me up to another culture, almost another world and point of view.” He speaks English, Tagalog, and Spanish and two local Filipino dialects, Ilokano and Pangasinan. Although not fluent, he also understands some Greek, Latin, and Hebrew from studying sacred texts in their original forms. He loved, “seeing different variations and translations that could affect the interpretation.”

He found the jobs fulfilling and living and traveling in Europe was wonderful, but “it lacked purpose.” “Something was still not enough in my life,” he noted. He missed the seminary and the call persisted.

He moved to Lakeland almost seven years ago, joining his sister there. He returned to the seminary and found a community of support within and from parishioners around the diocese who frequently sent him cards and well wishes.

Deacon Soliven hopes part of his journey will include visiting the schools in the diocese. He loves working with youth and “ministering to them too”. He said he looks forward to celebrating Mass, hearing confessions, and visiting the sick in the hospital.

“I feel like everything that I’ve been preparing for is falling in place… I feel peace and excitement,” he said. “‘I want to be the priest who serves the families – making an impact in their lives.”

By Glenda Meekins of the Florida Catholic, April 27, 2021