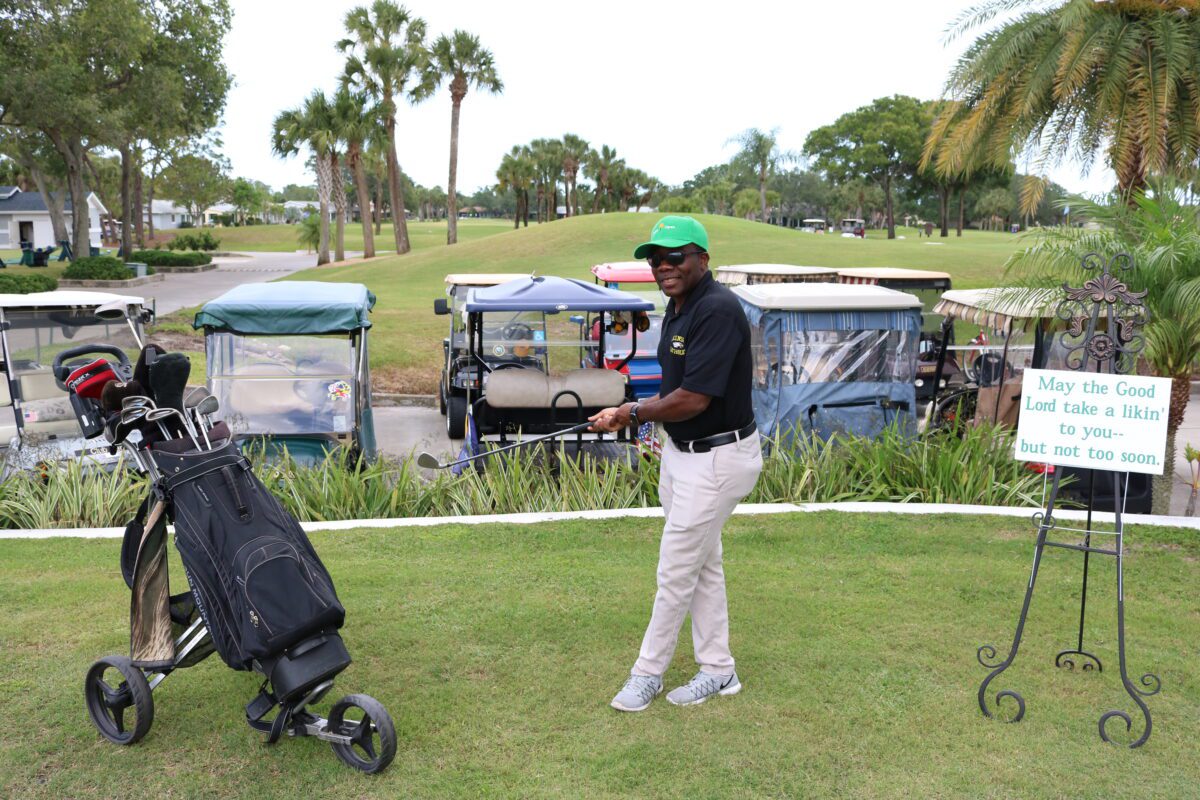 MELBOURNE | Three cheers for Ireland and beloved priest Father Eamon Tobin, former pastor of Annunciation Parish. More than 116 parishioners and friends gathered at the Indian River Colony Club in Viera to honor the memory of their beloved pastor who died suddenly in January 2021.

Leading the coordination efforts were Victoria and Pete Dunn. Tony Zizzo, president of Ascension Catholic School’s school board, an alumnus whose daughter is currently a student there, said, “You’re talking about a priest who loved the sport and had so many parishioners join him, play with him, just be part of the wonderful game.” He noted the clubhouse was so green from top to bottom, it seemed like St. Patrick’s Day.

The tournament began led by a single bagpiper playing Amazing Grace. A parishioner who lived near Father Tobin when they were young, translated the blessing into Gaelic and read it aloud. Father Tobin’s golf clubs were even on display. During the luncheon, many stepped up to share memories and reminisce. On the course, golfers were pleasantly surprised by signs bearing some of Father Tobin’s favorite phrases.

The Tobin Open Memorial Golf Classic will continue as an annual event. Raising more than $20,000, the funds will go to Ascension Catholic School to improve their field.

“I know he (Father Tobin) was looking down and making fun of all the bad shots everyone was taking,” laughed Zizzo. “I think he was overjoyed at the sense of community that he created. These were his people playing the game that he loved—bringing the church together, for the first time for such an event, post COVID. It was truly the first time, outside Mass, that we had community and prayed and enjoyed each other’s company.”

By Glenda Meekins of the Florida Catholic Staff, April 27, 2022