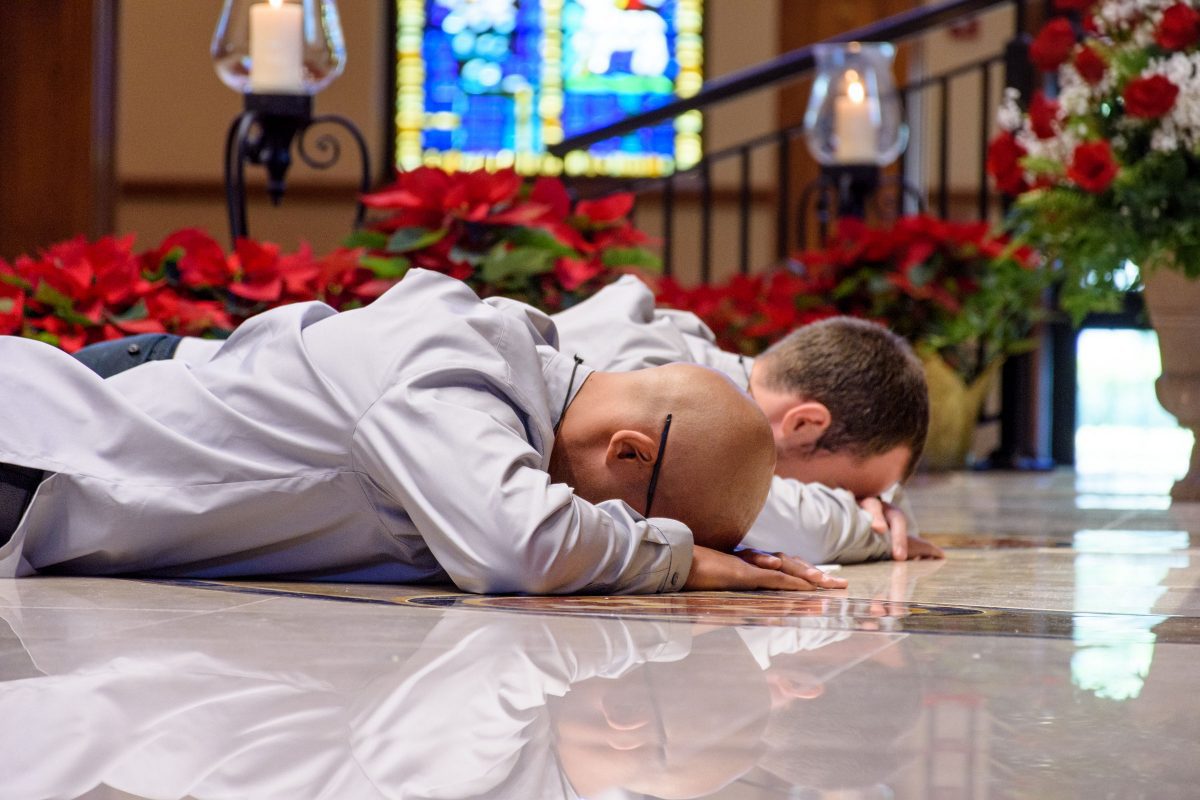 ALTAMONTE SPRINGS | “I feel like the man in the parable who found the treasure buried in the field,” said Ray Morris, just days before he and Logan Murray took perpetual vows as religious brothers. “I’m selling everything to live this life!”

After seven years of formation and discernment, Brothers Ray and Logan made perpetual vows with the Brotherhood of Hope on January 2 at Annunciation Parish in Altamonte Springs. Founded in 1980, the Brotherhood of Hope is a community of consecrated religious men who take vows of poverty, chastity and obedience. Their primary mission is to students on secular college campuses, including the University of Central Florida, inviting young adults to encounter the Lord and equipping them as missionary disciples. It is a mission the newly-professed brothers know well, each of them having met the Brotherhood of Hope and experienced profound conversions at Rutgers University in New Jersey.

“Rutgers was the last school I decided to apply to. The only reason I even knew the name was because of football. I didn’t even know where it was when I applied,” recalled Brother Logan. “My heart was drawn to Rutgers. It was the Holy Spirit, but I was too clueless to know that at the time!”

His first semester, Brother Logan accepted the invitation of a friend to join him at a Catholic Center retreat. Expecting nothing more than a weekend off campus, he was surprised to see the joy and peace of the other students as they worshiped the Lord in Adoration. He began attending Mass weekly for the first time since childhood. As he continued to grow in faith, he was inspired by the way the brothers worked and prayed together. It was during a mission trip during his junior year that Brother Logan first thought this could be his life too.

“Every time I’ve said yes to the Lord, I’ve had greater peace. The more I interacted with the brothers, the more I was attracted to the fullness of life they lived,” said Brother Logan. “It all comes down to the relationship with the Lord. That’s really the desire of my heart.”

Brother Ray first met the brothers at a job interview for a front desk worker at the university’s Catholic Center. For a long time, the job was nothing more than a paycheck, and his perpetual tardiness had him close to being fired, a fact he remembered with a laugh on the day of his final vows. It would be over a year later before he would step foot inside a church, but once he did, everything began to change quickly.

“I had a lot of preconceived notions about what the Church was and I didn’t think it was for me,” remembered Brother Ray. “But I hit a low point in my junior year so I tried going to church. I found such an overwhelming sense of peace when I was there and I found a community of normal down-to-earth people. Before I got involved in the Catholic Center I was without faith, hope and love and I found all those three things really soon after.”

After graduation, Brother Ray joined the brother’s outreach at Florida State University as a lay missionary. After his one-year commitment, he felt in his heart that God was calling him to more.

“Our charism is the ‘All Sufficiency of Jesus Christ’. We know God is more than enough to satisfy the deepest desires of the human heart,” said Brother Ray. “A lot of people think about what we have to give up, but we see more of what we gain—a life lived in exclusive relationship with the Lord.”

Following thunderous applause at the end of the Mass of final vows, Bishop John Noonan spoke of the gift this exclusive relationship with Jesus is for the people the brothers serve.

“You bring that relationship with Jesus Christ to the young people in your campus ministries,” said Bishop Noonan. “I pray the Holy Spirit continue to inspire you to bring forth the gifts of the Spirit into the lives of our young people so our world will come to know who Jesus Christ is: the way, the truth, and the life.”

Brother Ray will continue to minister to the students at Florida State University and Brother Logan will return to his outreach at the University of Minnesota. Through spirit nights, retreats, and bible studies, but most of all, through a joyful witness of a life lived for Christ, they will lead the next generation to know the love of God.

“It’s so common in our day that our relationship with faith, with God and with the Church, is at the level of a hobby. This is why their witness is so powerful,” said Brother Ken Apuzzo, general superior of the Brotherhood of Hope. “Instead of spending the rest of their lives serving themselves, they’ve been willing to sacrifice to spend the rest of their lives following what God asks of them, being a blessing to the Church and to many people.” 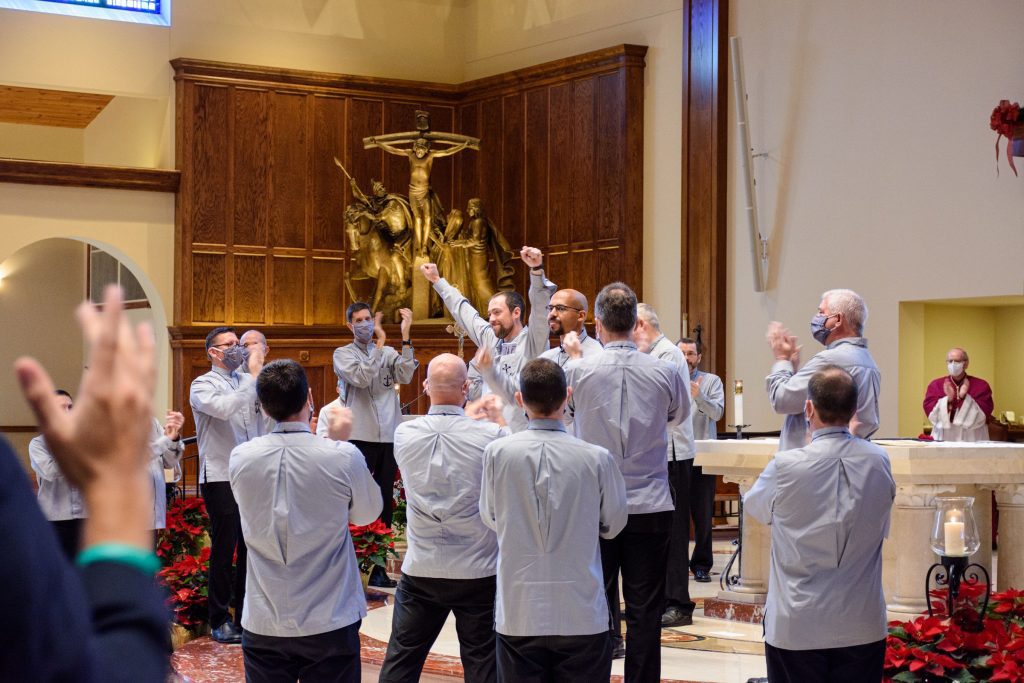 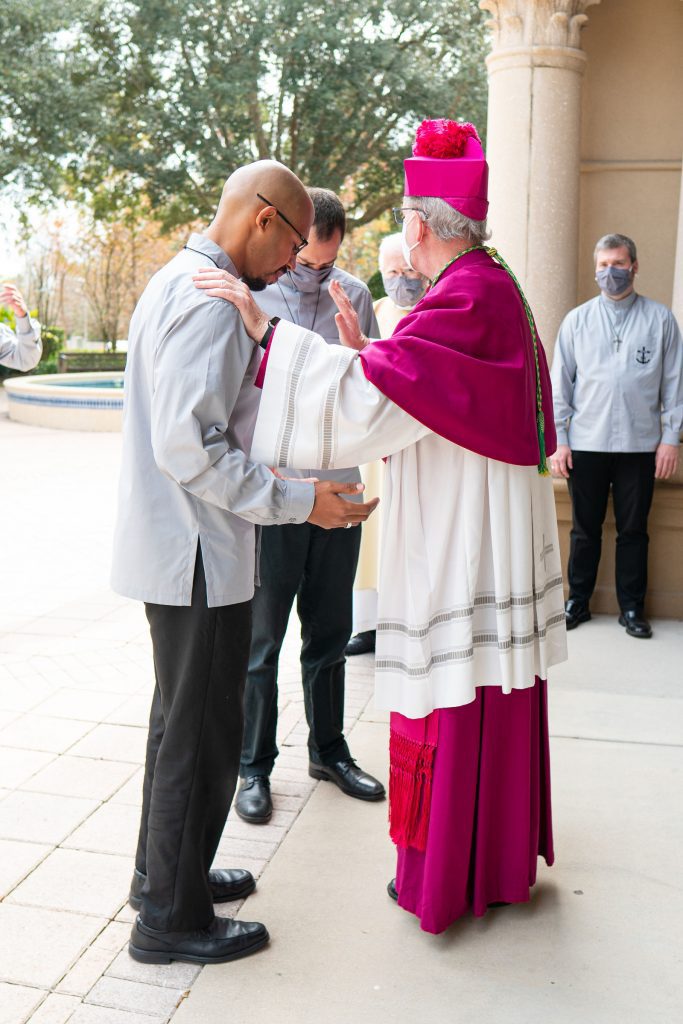 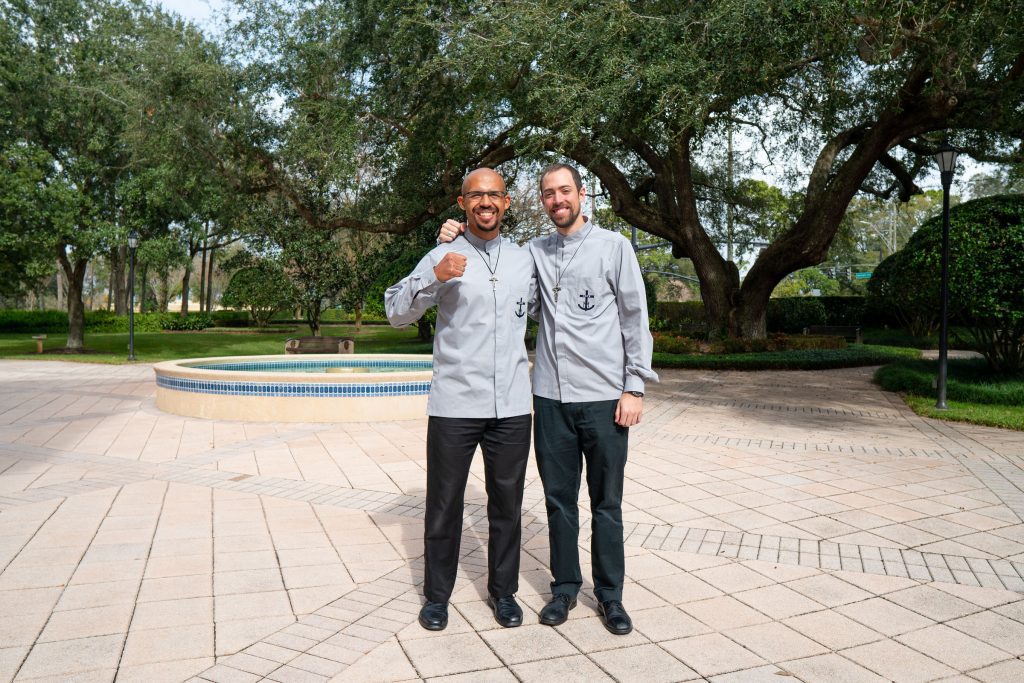 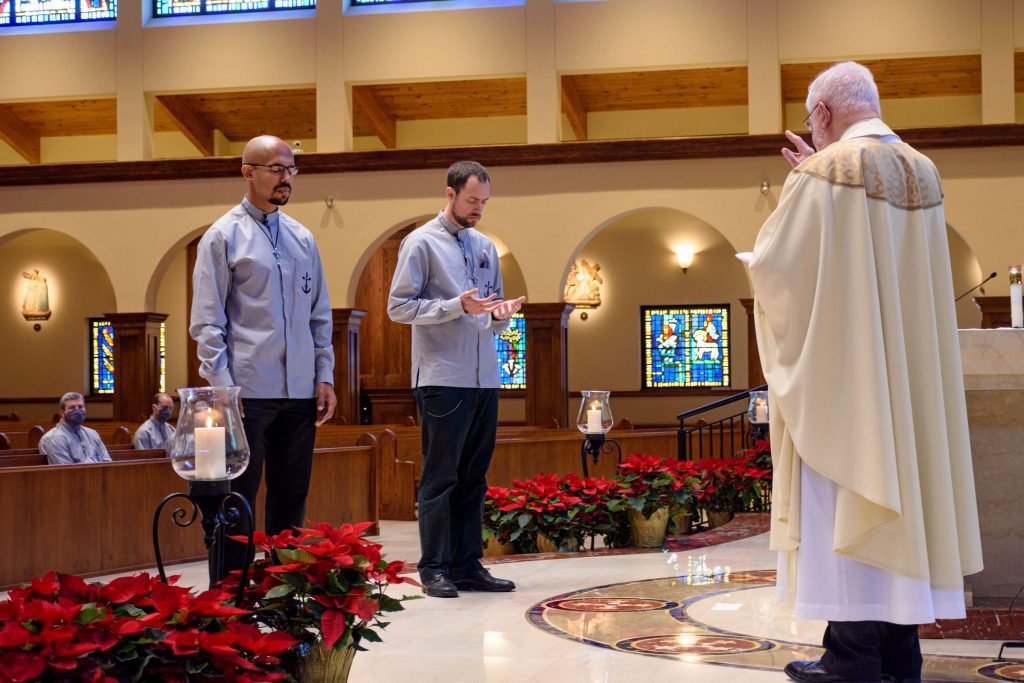 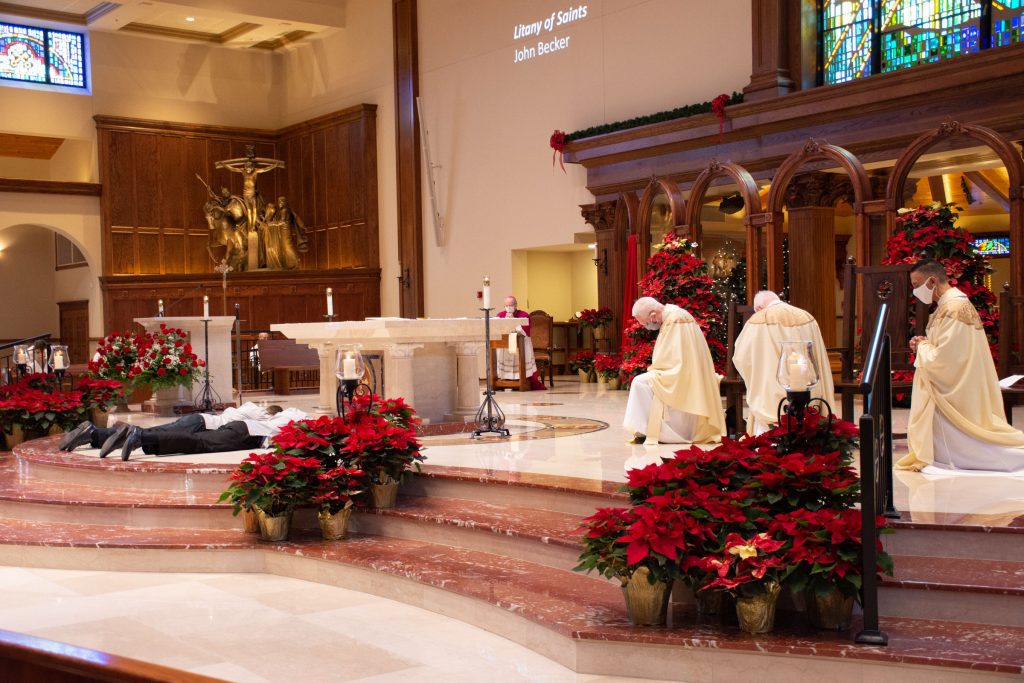 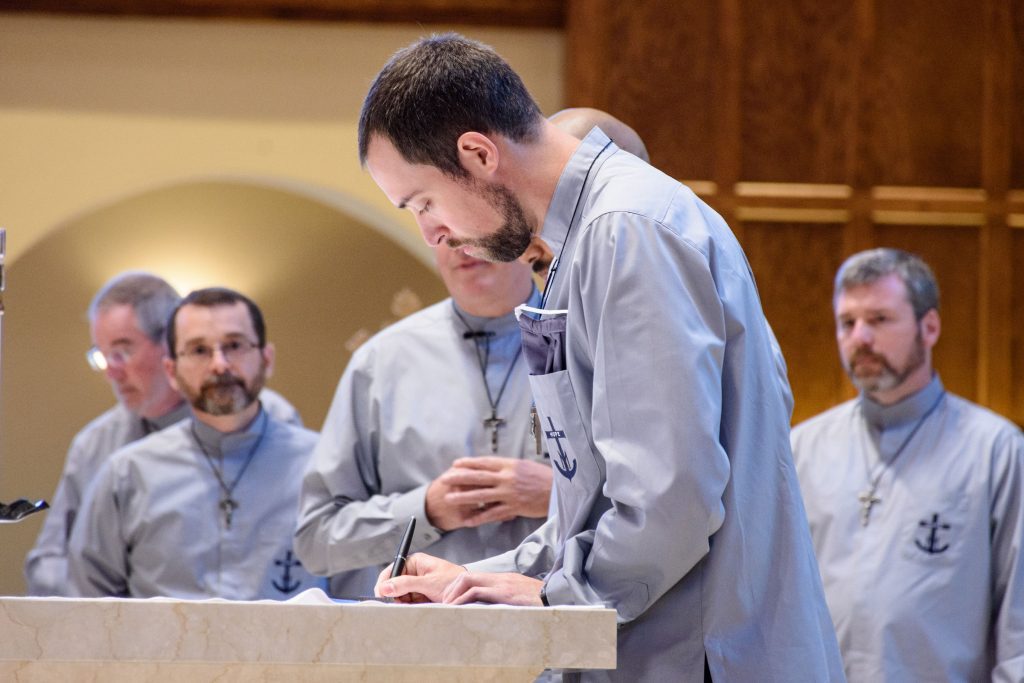 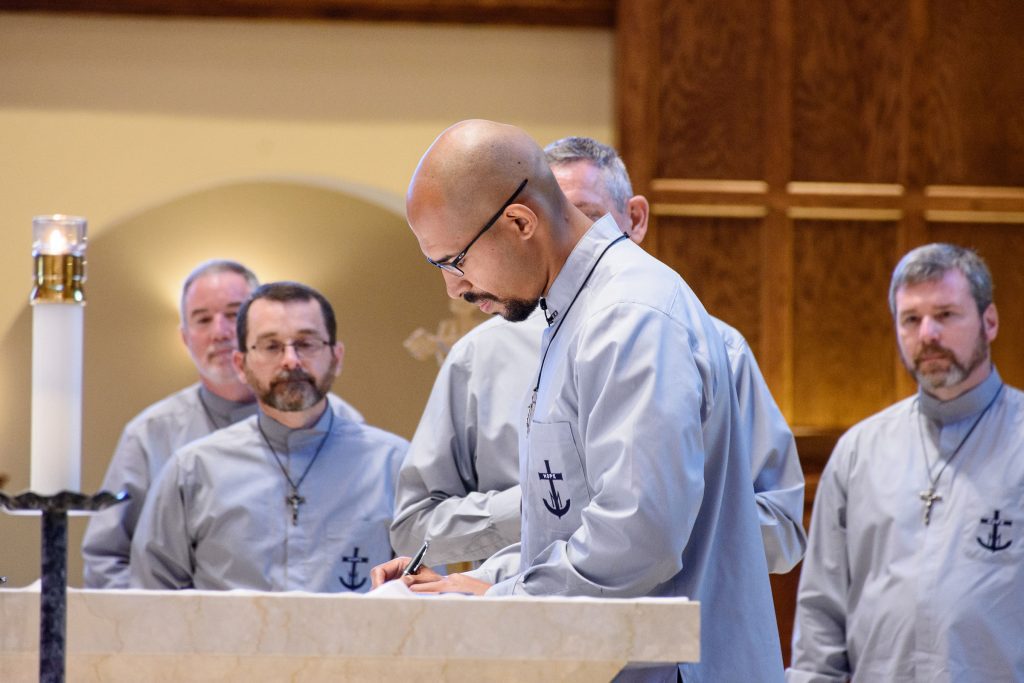 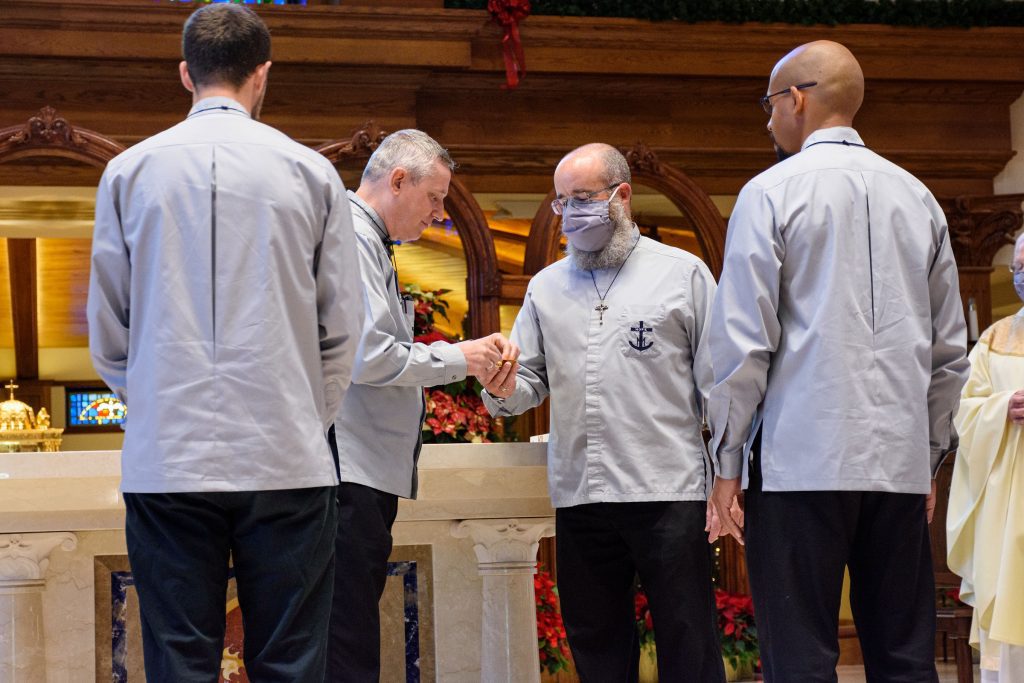 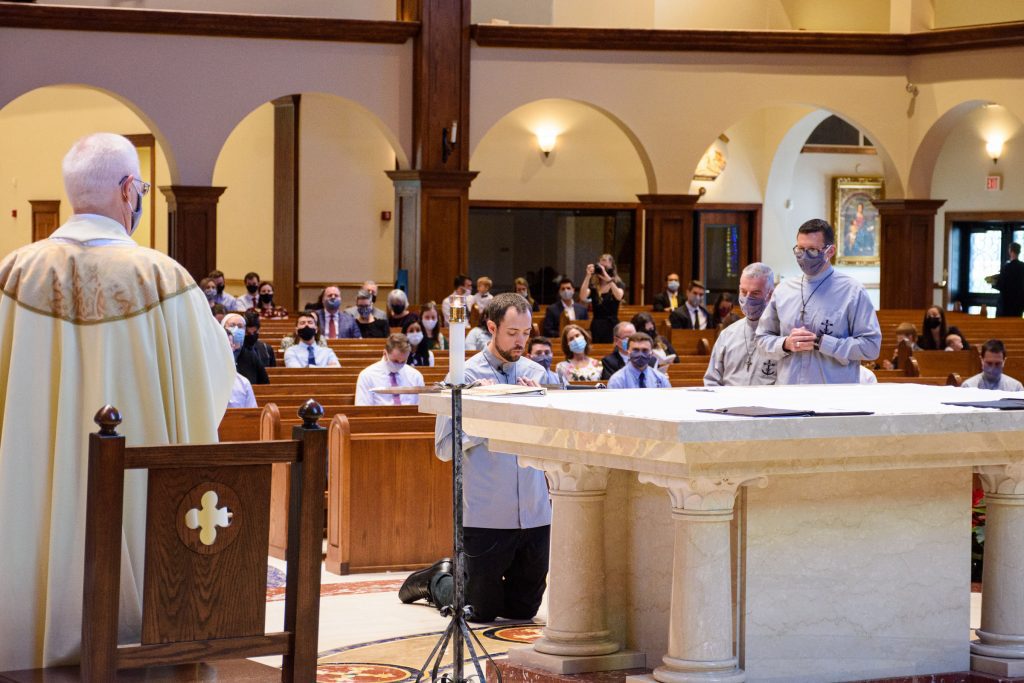 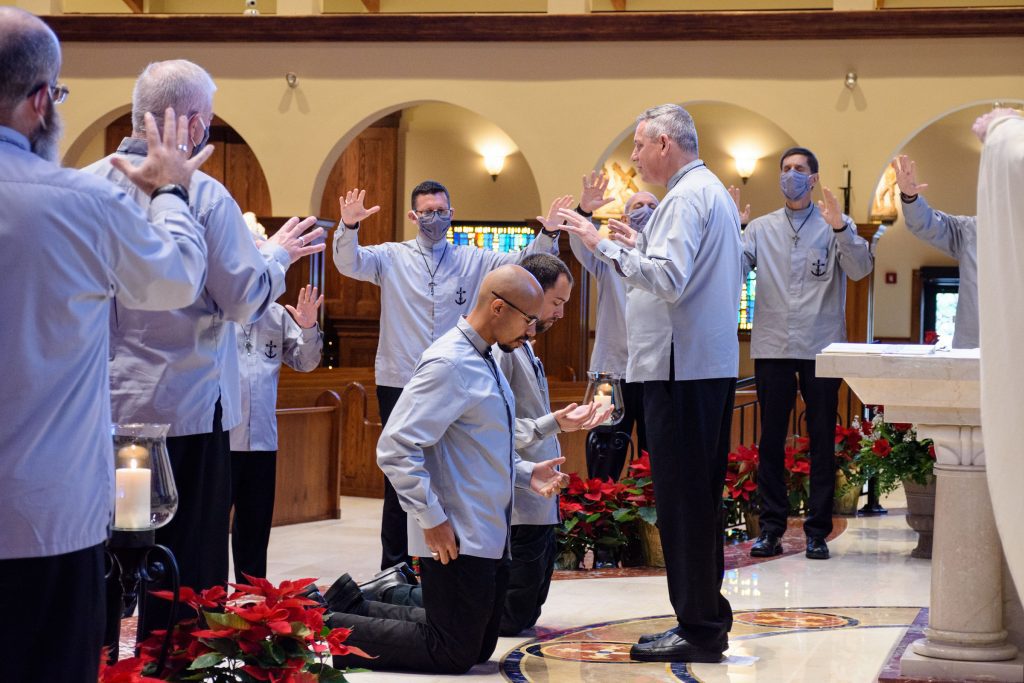 By Elizabeth Wilson special for the Florida Catholic, January 5, 2021