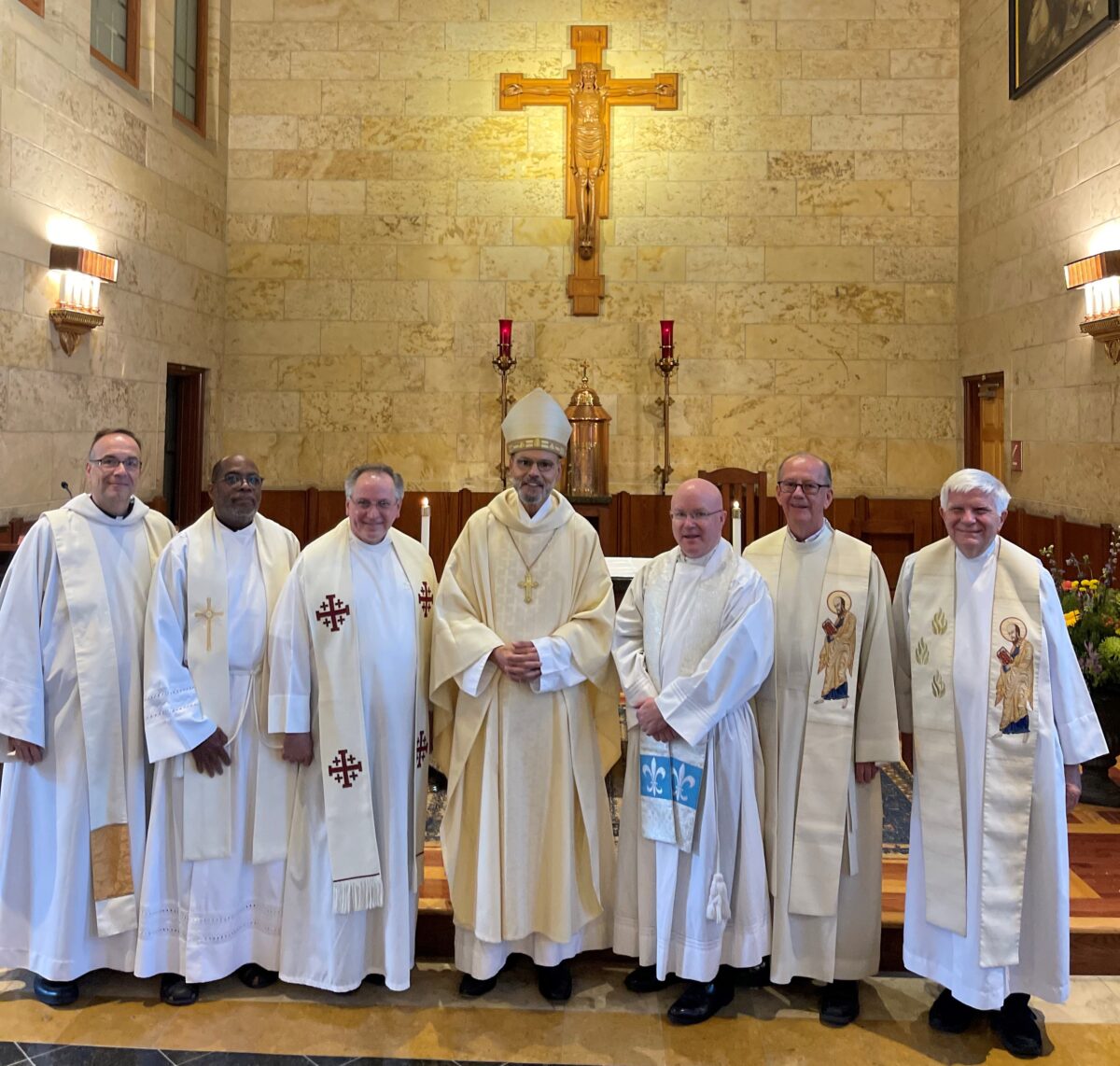 INDIANA | Thirty-four U.S. Missionaries of Mercy gathered in fellowship Aug. 30 through Sept. 2 at Saint Meinrad Archabbey in Indiana. Bishop Franz-Peter Tebart van Elst from the Pontifical Council for Promoting the New Evangelization in Rome spoke to them and renewed their mandate, issued six years ago by Pope Francis. The missionaries meet in Rome and the U.S. on alternating years. Due to the pandemic, they were unable to meet in 2020.

“The major purpose is a fellowship and praying together and to have some ongoing formation,” explained Father Anthony Aarons, the Diocese of Orlando’s Missionary of Mercy. The Pope hoped the missionaries direct our attention and actions “on mercy so that we may become a more effective sign of the Father’s actions in our lives.” As a sign that the graces of the Jubilee of Mercy continue, this year Pope Francis extended the mandate indefinitely.

The missionaries shared their experiences in small groups. “Some are more active than others,” Father Aarons noted, saying bishop involvement ranges. He was proud to report, “Bishop (John) Noonan acknowledges I am the papal Missionary of Mercy. There are many things where my ministry as a Missionary of Mercy has been defined based on the things we see that mercy requires.” By way of example, he explained he helps deal with those experiencing a crisis of faith, disagreements with the Church or who have questions about Pope Francis’s statements. Even personal issues about wearing masks or not “have been fielded in my direction,” he said.

The missionaries found much in common. As the primary mandate had to do with the Sacrament of Penance, they found priests and lay alike seeking them out more often. COVID-19 also increased the number of people they ministe

red to for confession. “There were elderly people who called just because they wanted someone to speak with.” He said the loneliness of quarantine was palpable. “Some called regularly just to have someone to talk with because no one from the church was able to visit them.”

He cited the election year as a point of turmoil for many, causing conflict in many faith lives. “I met with a number of persons having political issues connected with their faith – from both sides. In a situation like that, how can you be merciful without being judgmental? That’s what people were looking for.” His advice varied according to the situation, but for the most part he encouraged seeing each other as people. “We have to look at persons. Once we talk about them and us, we are already dealing with a division. Once we can talk about you, it means there is a dialogue that is happening. When we say you, you are already addressing someone as a person… Mercy opens doors.”

In this Year of Eucharist Revival, Father Aarons highlighted his favorite words from the Mass, “Behold the Lamb of God. Behold Him who takes away the sins of the world.” He said, “In the Eucharist, we are commemorating the fact of the offering of Jesus Christ. Jesus offered himself as the spotless Lamb of God for the sins of the world. Therefore, by my participation in the Eucharist, I am acknowledging that I am a sinner. We say, ‘Lord I am not worthy that you should come under my roof, but only say the word and my soul shall be healed,’ acknowledging my sinfulness. At the same time, I am acknowledging the fact that Jesus has done this for me, so much so that He wants to share His entire self with me—His body, blood, soul and divinity. He gives without reserve. That is mercy.”

He offered, by way of reflection, that we ask ourselves, “How can we be this way in the world? How do we continue to give without reserve in imitation of Christ?” He added, “We who have received have to give. We always go back to the theme of the Year of Mercy, ‘Be merciful like the Father.’ Having received that mercy, we share that with the world.”